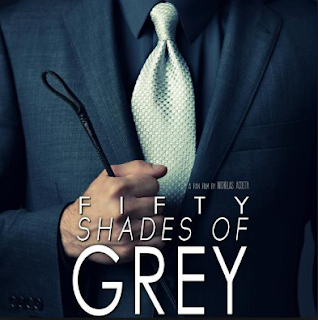 Anastasia Steele, the weak-in-the-knees innocent at the heart of EL James’ 50 Shades of Grey, is still searching for her dark prince. Focus has been scrambling to replace Charlie Hunnam after he recently abandoned the role in Sam Taylor-Johnson’s adaptation. Last night at the 2013 Hollywood Film Awards, 50 Shades producer Michael DeLuca  told E! News that 24-year-old Johnson, who remains committed to the role of Ana, was “our rock.”  DeLuca went on to say that “she’s helping us look through the candidates to see which chemistry kind of our captures our attention.”
Joining the likes of Alexander Skarsgard on the short list of rumored replacements is British actor (and former Calvin Klein underwear model) Jamie Dornan. The 31-year-old played Sheriff Graham in the ABC series Once Upon a Time, and made his film debut alongside Kirsten Dunst in 2006′s Marie Antoinette. (But again, do check out his fine work in the Calvin Klein ads.)

A new name added to the rumor mill is Tony-nominated American actor Billy Magnussen. The 28-year-old actor, whose boyish face As the World Turns fans know well, is having a helluva year. In another high-profile replacement, Magnussen stepped in for Jake Gyllenhaal in the upcoming movie musical Into the Woods. A recent report in THR quoted sources saying that the two actors read opposite Johnson for the director on Friday. Focus did not return a request for comment.


Well I don't know anyone thoughts but  you can just tell looking at this pictures. Which men deserves to be our Mr.Grey?