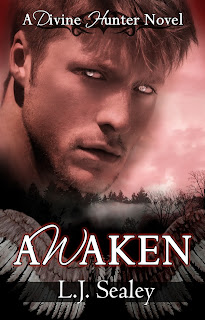 Michael Warden used to live a normal life. A successful entrepreneur he had everything until his life got taken away from him. Literally. Now he is trapped in a world that shouldn’t exist, fighting things that should only exist in nightmares in a quest to find out the truth about what happened to him.

Lacy Holloway is finally content in the little town of Oakland, Garrett Co. Working at the local university, she has finally allowed herself to move on from the one thing that had haunted her past. Aside from an unsettling string of suicides at her place of work, Lacy is happy. Then a new colleague enters her life. Michael is handsome, smart and their friendship is instant…Easy.

That is, until another student attempts to take her own life and Lacy is hurled into a world of nightmares which she soon discovers Michael is already a part of. As they are forced to face demons, both the supernatural and the emotional kind, they also have to face the realisation that they are both beginning to feel things for each other that neither of them expected, least of all Michael. As well as trying not to fall too deeply for the woman who has captivated him, he is shocked to discover things about his very existence that could change both their lives and the world as they know it.

He leant his elbows on the desk and pinched the top of his nose with his fingers, heaving a sigh. A knock on the open door caught him off guard and he swung his head around to see Lacy leaning against the jam with a thick pile of folders in her arms.
“Hey. You look like you could use a drink too,” she said as she walked into the room.
Michael slowly closed the file in front of him, making sure all his clippings were tucked away inside. “It’s that obvious huh?” He grinned up at her, glad to see her smiling face behind a slender pair of black rimmed reading glasses that he hadn’t seen her wear before. “You wear glasses?” Not really a question, more an observation. They made her features even more striking.
“Ah. . . yes, but usually only in class.” She removed them as though she felt a little embarrassed. “Tough day?”
“Not the best.” And not for any reasons he could talk to her about.
“I was thinking of grabbing a coffee and a bite to eat before I head home, care to join me?” She fidgeted with her glasses before sliding them into her purse.
Michael smiled as he watched a shyness in her that just positively melted him−which wasn’t good. The last thing he needed right now was any complications, so beginning to like a colleague a little more than he should was really not an option. But he did like Lacy. And besides that, it was just coffee and a bite, and he was in the mood for some food. What harm could it do?
“Sure. That’d be great.” He noticed her shoulders relax in that instance. 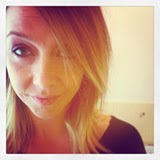 L.J. Sealey was born and raised in a little Welsh town by the sea. It rains a lot, so she often has a great excuse to sit at her writing desk and while away the hours at her laptop. She still lives in N.Wales and when she’s not travelling around the country working with her husband – who is a professional singer – or singing backup vocals herself in her husband’s band, she likes to read and watch her favourite TV shows which normally includes plenty of CSI, The Vampire Diaries and endless amounts of sitcoms. 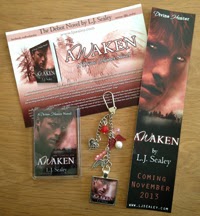