Review : Seduced in the Dark by C.J Roberts 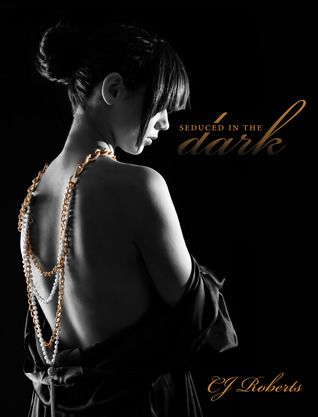 The exciting, titillating, and action-filled conclusion to Captive in the Dark.

What is the price of redemption?

Rescued from sexual slavery by a mysterious Pakistani officer, Caleb carries the weight of a debt that must be paid in blood.

The road has been long and fraught with uncertainty, but for Caleb and Livvie, it’s all coming to an end.

Can he surrender the woman he loves for the sake of vengeance?

Or will he make the ultimate sacrifice?

I'm starting Seduced in the Dark: Okay this is much more long. I CAN DO THİS,I CAN DO NOT DİSGUST!!!! I'M A BİG GİRL!!
I'm sure Olivia has now stockholm syndrome.Okay there was a happiest end so what? I happy little bit cuz Caleb is alive. I'm sad Because Calebs suffer so big.Yes I have to admit ıt was little better than 1st book.Yes I was little bit sad Livvie thinking Calebs dead and I don't know why I was sad...

The whole "fall in love with a rapist" story wasn't offensive because it offended my moralities, it was moreso offensive to my intellect. It was just beyond stupid and unbelievable completely. I also strongly disliked the main character Livvie, I just wanted to slap her to stop her from sobbing and moaning and crying in nearly every second paragraph.


She kisses my scars and I create new ones for her.”

In this book Livvie has managed to escape from Caleb and she is safe at a hospital.She has to tell Reed what happened , in order to find the auction and stop these awful people . She also has to tell Dr Sloan ,so she can help her recover and the story starts.

Then
Caleb took her at Felipe's estate and there he showed Rafiq their slave's progress . Rafiq was not satisfied with Livvie but Caleb tried to reassure him that she would be improved .
From the moment that he saved her from the bikers Caleb was treating her more gently than he should and they came closer to each other.

I was relieved that Caleb didnt hurt her anymore but the book started becoming darker at Felipe's party.
Felipe's slave , Celia , entertained them a lot by torturing Kid.
Caleb's emotions were changing all the time.
During the day he liked to be called Master, he liked to treat her like a slave but only when the others were around.
During the night he was comforting and kind .This whole situation led them to develop what they had.

And then that bastard ,Felipe , ruined everything.Caleb was being manipulated so he did things that frustrated me a lot.I couldn't believe what I was reading.Everything was a lie.Omg I wanted to kill Rafiq but thankfully Caleb did it.


The last chapter and the epilogue.
I never thought that I would cry so much with this book.I was a sobbing mess and hate it when it's happening.

All started when Caleb said:
"I love you Livvie."
He put the key in the ignitation and drove away.