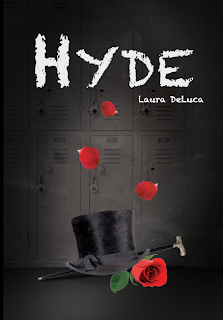 Rebecca Hope has looked death in the face twice and lived to tell her tale.
She and the love of her life, Justyn Patko, land a summer internship at a local dinner theater, performing the musical Hyde. While they are excited about their first paid acting gig, they soon find themselves surrounded by more experienced cast mates, jealous of their success. As if the tension isn’t bad enough, they soon discover that the business might be a front for something much more sinister.
When Justyn is accused of a crime that she knows he would never commit, Rebecca must decide if she wants to follow her head or her heart. While trying to prove his innocence, she makes a shocking discovery of her own.

Everyone has something to conceal in the grand finale of the Dark Musicals Trilogy. Rebecca has to look beyond the façade to discover the true Hyde or face her final curtain call.

The act ended with Hyde grabbing hold of a scantily dressed Lucy and pulling her into his arms. Then the lights on the stage were extinguished, and the silent crowd suddenly burst into thunderous applause—even some of the cast was clapping. Rebecca couldn’t help but notice Steve was watching the fanfare with a frown, especially when Fernando, dressed for the next scene as the butler, clapped Justyn on the back with undisguised approval and pride. Rebecca had the distinct feeling Steve was plotting something sinister and definitely Hyde-worthy.
From that point on, Justyn scarcely had a moment out of the spotlight. Rebecca didn’t even get a chance to tell him how fabulous he was. It felt as though the show had only begun when Rebecca found herself decked out in the splendid Victorian wedding gown signaling the final act was about to begin. The dress came complete with realistic bell sleeves, an excessive bustle, and a long, flowing trail embroidered with delicate lace. The elaborate wardrobes and happy wedding guests gave the audience the illusion that it might be a happy ending after all, but for Dr. Jekyll and Emma, that wasn’t meant to be. As soon as the reverend began to recite the vows, Hyde made his final deadly appearance.
At the beginning of the scene, it was sweet and romantic. Justyn started out holding her hand, looking happy, almost ecstatic to be with his true love. Then he suddenly started to sway. Tom, in his role of John, the best man, tried to steady him, but there wasn’t anything he could do to stop the transformation. Dr. Jekyll doubles over in agony and tries to run before Emma can see him change into a monster. Justyn was supposed to head toward the back of the stage where Rebecca would pursue him and eventually become Hyde’s captive. But they should have known no opening night could ever go exactly as planned, especially when it was obvious at least half the cast was out to get them.
Just as Justyn stumbled across the stage, Steve, who was blending in with the other guests on the sidelines, stuck out his foot. It was doubtful anyone else observed the sabotage, aside from Petya, who was smirking at her husband’s side. But Rebecca was at the perfect vantage point to see the intentional attack. Unfortunately, Justyn was so wrapped up in the role he didn’t notice the danger, especially since his loose hair was dangling in front of his eyes. Before Rebecca could cry out a warning, Justyn’s foot was caught in the snare. With a grunt, he tumbled off the side of the stage. Even over the background music and the gasps from the audience, Rebecca heard the loud thump as he hit the ground. She raised her hands to her mouth and couldn’t help but scream. 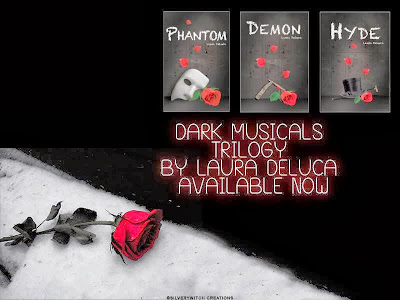 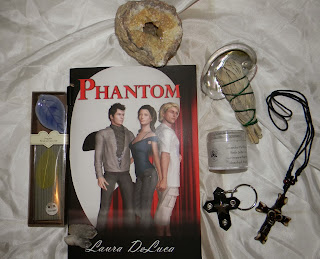 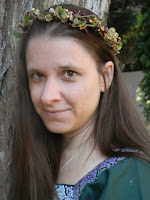 Laura “Luna” DeLuca lives at the beautiful Jersey shore with her husband and four children. She loves writing in the young adult genre because it keeps her young at heart. In addition to writing fiction, Laura is also the editor of a popular review blog called New Age Mama. She is an active member of her local pagan community, and has been studying Wicca for close to eight years. Her current works include Destiny, Destiny Unveiled, Phantom, Morrigan, Player and Demon. She also has short stories featured in two anthologies called HerStory and A Celtic Tapestry.