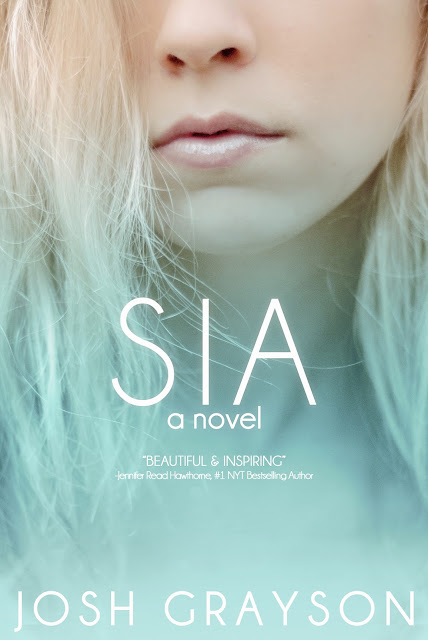 When seventeen-year-old Sia wakes up on a park bench, she has no idea who or where she is. Yet after a week of being homeless, she’s reunited with her family. At school, she’s powerful and popular. At home, she’s wealthy beyond her dreams. But she quickly realizes her perfect life is a lie. Her family is falling apart and her friends are snobby, cruel and plastic. Worse yet, she discovers she was the cruelest one. Mortified by her past, she embarks on a journey of redemption and falls for Kyle, the “geek” she once tormented. Yet all the time she wonders if, when her memories return, she’ll become the bully she was before…and if she’ll lose Kyle.

If I explain this book with one word that is hooked!
I was really hooked in the begining! I loved the characters so much it's like I'm in there,in the book I lived those things. It's a great book.I learned so much things,God knows.I finished quickly,I wished there's a more pages for this book.I never wanted end of the book. I hope Josh Grayson will continue the writing book because he's really good at this.This book deserves 5 stars!

I reach my locker and just start unlocking it when Kyle stops beside me. He’s dressed
comfortably in faded jeans and a black t-shirt with a yellow Batman logo on it.
I smile broadly. “Hey.” It's hard to describe just how good I feel, seeing him there.
Yet I don’t miss the stunned expressions on Amber and Stacy’s faces, or how they spin
towards each other to whisper something. In Amber’s world, Kyle is a loser, so I’m sure
their words aren’t pleasant. I turn my back to them.“Hey,” he replies. He keeps his eyes purposefully away from the other girls. So he knows, I think. What must that feel like, knowing people are looking down on you? Saying cruel things? He doesn’t deserve this. But he doesn't appear to care. He leans casually against the locker beside me. “Just thought I’d tell you I saw Carol this morning at the soup kitchen.”I drop my lock and give him my full attention. “You did? Was she okay?”He nods, grinning at my reaction. I can’t help thinking how much I like his smile. It's warm and genuine, and makes his grass-green eyes sparkle like emeralds. “Yeah. I told her hi for you. She said she can meet you at Elysian Park after school if you want to talk.”
“Awesome, Kyle! Thank you so much!” I throw my arms around his neck without thinking.After only a slight hesitation, he hugs me back. I breathe in his delicious cinnamon scent, then let go reluctantly and back away. “Oh, I almost forgot. I have your sweater in my—”Before I can finish, Duke charges in like a bull and slams Kyle into the lockers. “What do you think you’re doing, geek?” he roars. “You keep your floury hands off my girl, doughboy. She’s mine.”Kyle pushes back, pressing his hands against Duke’s broad chest. “Get off me, Duke.”But Duke isn't finished. He jams his forearm against Kyle’s neck, suffocating him.Kyle’s fingers clutch at Duke’s arm as he struggles to break free.I shove at him. “Duke! Let go!” my shouts echo in the hallway, but even with all my strength, I can’t move him.“Back off, Sia. I’ll take care of this twerp,” Duke snarls. “He needs to learn a lesson. Nobody touches my girl!”“That’s right!” Stacy chimes in from behind them. “Sia belongs to Duke!”I belong to Duke? The nerve of these people!The two girls press against each as they watch the action. Amber is smiling like a satisfied cat, obviously relishing the moment. I'm so busy trying to rip Duke’s arm off Kyle's throat that I don't hear Mr. Barrow coming up from behind us. “Duke, would you mind letting go of Kyle? We don’t condone murder in our hallways.”Finally, Duke drops his arm. But his furious stare remains glued to Kyle’s face. Kyle stares back, his eyes dark with hate and humiliation. He doesn't bother swiping back the thick brown bangs that have fallen over his forehead during the struggle. “You have nothing to worry about, Duke,” he chokes out. “I’d never go out with a girl like Sia anyway. She’s your type. Not mine.” With that, he walks away, rubbing his throat.I watch his back as he is swallowed up by the crowds in the hall. The sea of backpacks and t-shirts blur as my eyes fill with tears. It shouldn’t hurt so much, I think. I barely know him. And yet it does hurt. A lot. Like a fist squeezing my heart.

(1)“A compelling read full of intrigue, romance, and lots of surprises. I couldn’t wait to see what happened next!” - Jennifer Read Hawthorne, #1 New York Times bestselling
(2)“An original and captivating story with a beautiful message.” –Lola’s book Reviews

(3)“There have been very few books that made me think they made to someday become a movie (i.e. Warm Bodies, The Host). And I guess Sia can join the club, because this book, I say, is perfect for it. I felt like I was reading a script for a movie, the plot is fantastic and the characters are great, there's a little of humor as well as tragic situations.” - Bookish Randomness

(4)“Sia completely blew me away. Within the first few pages I was hooked and the book refused to let me go until I reached the end.” – Obsession is a Book

(5) “Sia would be an excellent novel for the Disney Company to adapt for film. Hers is a story of cruelty and kindness, pain and redemption and ultimately of making the world in which you live a better place. A good example for any teen who might choose to read this exciting work of fiction.” –Rabid Readers 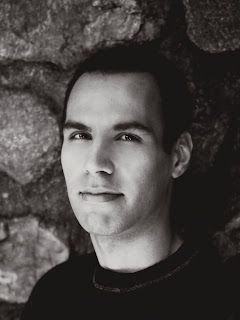 Josh Grayson was born in Mexico, raised in Massachusetts, and now lives in Martinsville, Virginia. It was his move to the South that stirred his imagination and gave him the courage to start writing. During his free time, Josh enjoys reading, jogging, swimming, and watching YouTube videos.

Josh currently works as a medical driver, shuttling people all over Virginia and North Carolina. He has also worked as a machinist, film sales rep, administrative assistant, and telemarketer (he apologizes if he called you).

Sia is his debut YA novel.

If you could fly anywhere in the world to do research on an upcoming book, where would you most likely want to go?
Italy, simply because it’s always ranked as having the best food in the world. Its beachesare nice too. I’ve Googled it.
What is your favorite genre to read/write?

Young adult (YA), because those stories carry universal themes we can all relate to, a peek into the lives of characters who are more intriguing, real, and raw.
What is one silly fact about you?

I can mimic Enrique Iglesias’s voice pretty well. I sang “Hero” at a friend’s birthday party once and received an enthusiastic response. Some applauded, others laughed. Overall, though, I felt good about my performance.
What got you started on your writing journey?

My move from Massachusetts (where I’d lived most of my life) to Virginia. The first year here was difficult. I was alone, depressed, and in completely new surroundings. But it was here in the South that I began seeing all these stories in my head, and that my “writing gene” got activated. So it seems the old saying is true, everything does happens for a reason.
Why do you choose to write clean/sweet romance?

I don’t choose, per se. I just write whatever I see in my head. And so far, all the romantic parts have been sweet and clean, which is fine with me.What other things do you have planned with your writing for the rest of the year 2013?
I’m working on another YA novel that Sia fans should enjoy as well. If things go according to plan, I’ll publish that in the summer of 2014.
What is the most rewarding thing about being a writer?

Being able to partake in the wildest adventures imaginable, all without ever leaving your house.
Do you have a favorite comment or question from a reader?

One reviewer said, “It, without a doubt, inspired me to find ways to help others in need. I’m looking into charity work.” I loved hearing that, because that’s exactly what I wanted Sia to do: to motivate others to become their best self, to make positive changes in the world, wherever they are.
Where do your ideas come from?

I find muses everywhere! In books, magazines, poems, movies, YouTube videos, and so much more. I always try to be receptive. You never know what might trigger your next story.What inspired you to write Sia?

Initially? Oprah. (laughs). I saw an interview she did on a man with fugue amnesia that impacted me. Fugue amnesia occurs when someone, usually in response to excessive stress, takes off on some unexpected travel. And during the travels, that person assumes either a partial or complete new identity. I found it both fascinating and frightening to think that stress alone can cause the human brain to demand a reset like that. I often wonder why I haven’t gotten fugue amnesia yet!
Is it true you wrote the screenplay adaption as well?

Yes! I wrote it as soon as the book was finished. I’m about to hire a seasoned Hollywood screenwriter to polish it. When it is up to industry standards, we’ll submit it to film companies and cross our fingers. I think Sia would translate wonderfully to film.
If you could sum your main character into five words, what would they be?
Determined. Compassionate. Humble. Kind. Brave.

Use no more than two sentences. Why should we read your book?

Because I believe it will leave you touched, encouraged, and—of course—entertained.