#Giveaway $50 & Blitz : Better When it Hurts by Skye Warren 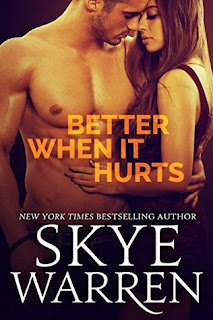 Synopsis:
Five years ago we lived in the same house. He was the ultimate bad boy. And my foster brother.
Now he’s back. Tougher, harder, meaner. All of it aimed at me, because I was the one who sent him away. It’s payback time. He wants his pound of flesh, and I am helpless to say no.

Excerpt from Better When It Hurts
The door slams open, and Blue strides into the room. A burst of sound follows him in the seconds before the door swings shut. I shrink back against the lockers before I can help it. That doesn’t stop him. It doesn’t even slow him down as he steps right into my space, just inches from my face, still breathing hard.


“What the fuck are you doing here?” His eyes are still wild from the fight, violence and victory mixed together.


I try not to flinch. “I wanted to…to talk to you about something.”


“How did you know I was fighting tonight?”


I’m not going to tell on Candy, even if he’ll figure it out as soon as he sees her here. Instead I bite my lip and try to remember the speech I was going to give him. “Congratulations?”


He shakes his head. “No, Lola. This isn’t one of your little games. I’m not one of the men you can lead around by my dick. Not anymore.”


And then I do flinch, because the reminder of our past is too painful not to. “I’m not trying to lead you anywhere,” I whisper.


His lips curve into a cold smile. “No? You brought me here, didn’t you? Just you and me and the rest of the world locked out. You made that happen.”


Something pricks my eyes—tears. No no no. I can’t possibly cry in front of him. I don’t know why I’d cry at all. This is my life. I’m long past wishing for something different, aren’t I? I look down at the concrete floor so he won’t see me struggle.


Of course he doesn’t accept that. His fingers—sweaty and gloveless—lift my chin. “Why’d you come here, Lola?” His voice is suddenly lower and strangely seductive. Maybe that’s how fucked-up I’ve gotten, that cruelty turns me on. “What do you want?”


My fingers fumble as I pull the wallet from my back pocket. It’s still warm from my body as I hold it up. “This is yours. I stole it. I—I took it by accident.”


That wasn’t what I’d meant to say at all. I’d meant to explain the situation like it happened—that I’d woken up with the wallet in my bed. That I had no memory of it, but obviously there had been a mistake. I’d taken nothing from the wallet, no harm no foul.


Instead I’d stuttered like I was thirteen again, stealing everything I could slip into my pockets, confessing to my foster dad before he whipped me with his belt.


Blue takes the wallet from me, his expression speculative. It’s almost as if he’s never seen it before, even though I know it belongs to him. I rifled through his things, touched the stone-faced plastic image on his license. And he knows I invaded his privacy that way, just like I invaded his pocket when he brought me home.


He tosses the wallet onto a bench behind him, dismissing it. His hand lands on the locker beside me, blocking me in. His eyes meet mine. “You still steal.”


“No,” I say, but his wallet calls me a liar. Naturally he’d remember the worst thing about me. I’d helped him remember. “Not anymore. Not usually except…I must have been drunk or something.”


“A lot’s changed.” I used to hate the taste of beer. It reminded me too much of foster brothers with groping hands and tongues. I still couldn’t touch the stuff, but every now and then I used alcohol to try and numb the pain. It was just a shame it never worked.


His gaze scans my body, unapologetic as it measures me, probes me, demands all my secrets. “I can see that.”


I shrug, pretending to be unaffected. No, I am unaffected, damn it. “You see more than this every night.”


“Less. When you’re naked up there onstage, that’s what you show to every man.” His eyes are hooded. “This is what you wore for me.” 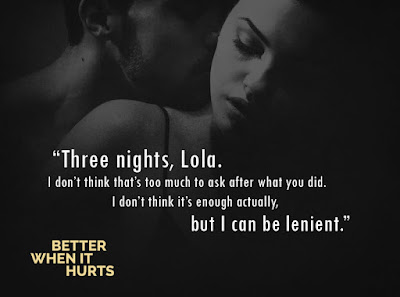 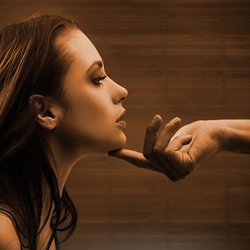 AUTHOR BIO:
Skye Warren is the New York Times and USA Today bestselling author of dark romance. Her books are raw, sexual and perversely tender. For those new to her work, consider the bestseller Wanderlust, Prisoner or the Dark Nights series starting with Trust in Me.