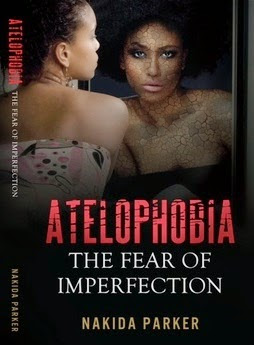 In McKenzie Perkin’s world she believed that she wasn’t perfect enough for the people who were in her life. With McKenzie feeling imperfect came a lot of anger. As she tries to move forward and begin a new life, she understands it is not healthy to bring her past feelings into her future. McKenzie decides to seek help from a Therapist to help her put to rest some unhealthy qualities ranging from spitefulness, to overcompensating. Join McKenzie as she relives her past and prepares for her future.

Jessica and Kyle, on the other hand, never mentioned anything negative to me. All I needed was support, and that’s what they provided. I cannot stress how much I appreciate them. They knew I didn’t need bashing, and that’s why I would never turn my back on Kyle or Jessica. When I needed someone the most, they were there.

One day, my family decided to call a meeting. My mother had gotten the scoop on what the meeting was about from my nana Christina, so I knew details before we headed down to Manhattan and I also knew I did not want anything to do with this meeting.

“What was the meeting about?” Jodi asked.

“Well, apparently my family believed Jessica was stealing from my nana’s brother; uncle David, who was sick at the time. They wanted everyone to stop speaking to her, but I just figured why should I? The day of the meeting came and went, and no, I did not cut Jessica off. Like I said, I wouldn’t. Some of my family was aware that I didn’t stop speaking to her, and was upset with my whole household.”

Walking into the meeting and sitting down, you could feel the tension in the room. I sat on the couch at my great-grandmother’s house while Sharon put Aaron in the back for a nap. Everyone came in, took a seat and waited for the meeting to begin. I noticed almost all of my cousins, aunts and uncles attended the meeting. The only people who were absent were: Uncle David, my late aunt Jackie, Kyle and Katie; they were away on a business trip together. Four of uncle David’s siblings were there including all of their kids. My mother’s brother Michael even came from Buffalo, New York, which was rare so I knew this, was serious.

“Hey Family, how’s everybody?” My aunt Lisa asked. Everyone replied that they were doing well and she began.

“Well, I wanted to have a meeting today about your Uncle David, and Jessica. We all know my brother is very ill, and it has been brought to my attention that Jessica is taking advantage of him.

She handed out pieces of paper, which appeared to be copies of his bank statements.

All that came to my mind was here we fucking go. 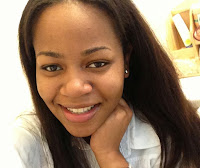 Nakida Parker was born in the Bronx borough of New York City, but currently lives in Connecticut. She is a mother of two boys, a Realtor as well as a student pursing her Bachelors in Busness Administration.