#Giveaway $30 & Book Highlight! The Children and The Blood Series by Megan Joel Peterson 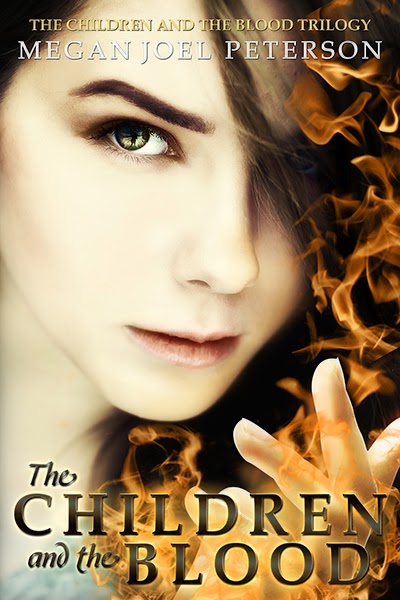 A secret war.
Eight years ago, an exploding gas main killed Ashley’s family and left her with a childhood she can’t remember. Eight years later, the forgotten past is behind her and life on her isolated farm is all she knows.

Until that past comes looking for her.

Until men with superhuman powers hunt her down in the night, determined to take everything she loves away from her again.


“Refreshing and suspenseful, The Children and the Blood is a YA Urban Fantasy that took me by surprise and impressed me so many times I lost count.” – Raina ‘The LUV’NV’

“The world building was incredible. I swear it was like reading a movie script at times, how those vivid scenes would put on the big screen.” – Moka ‘Words Create Scenes’

Gasping, Ashley sat up. She was in the vegetable garden, Lily clutching her hand. Frantically, she scrambled to her feet, searching for her father.

With a cry, she tried to run to him. Lily hauled on her arm, holding her back with terror in her eyes.

Through the circle, another man approached. Amid the ski masks and rifles, his business suit and uncovered face stood in sharp contrast. Firelight played off his dark hair, turning his eyes into shadowed pits and chiseling his face in strange relief. Several inches taller than anyone around him, he towered like a giant over her father on the ground.

In spite of everything, Patrick tried to stand. Fury surged past the pain on his face, and his hand rose as if to strike the man.

The giant scoffed, and his fingers twitched as though flicking away a fly. Patrick gasped. His back arched sharply. And then he crashed to the ground and didn’t move again.

A smile curled the giant’s mouth as he looked toward the girls in the vegetable garden.

The sight shattered her paralysis. Ripping her gaze from her father, Ashley spun. Yanking Lily behind her, she tore across the tilled soil, choking back a sob as the soft earth sucked at her feet, slowing her down.

She reached the edge of the garden and took off across the field with no idea of where to go. Lily clung to her, and she could hear the girl crying. Thelma’s house was an eternity away, and she couldn’t see the woman’s porch light. The farmhands’ house was dark. No one had emerged this whole time.

Headlights surged over the rise at the edge of the property. With a shriek, Ashley tried to turn, her feet sliding from beneath her on the grass. Lily slammed into her and frantically, Ashley grabbed the girl and shoved her to the side.

Ashley didn’t have time to move.
The car roared straight at her. 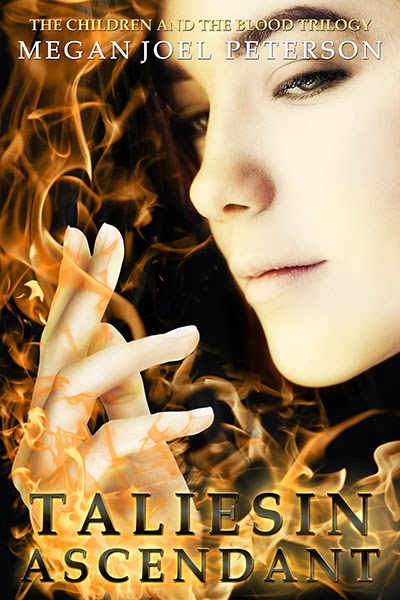 Title: Taliesin Ascendant
Series: The Children and the Blood #2

The war isn’t over. And new enemies await.

Life on the run hasn’t been easy, but so far, Ashe has survived. But now Carter has ordered her away from the Hunters to find her family’s people – an order she can’t refuse, no matter how much she wants to stay.

Following his command will bring her into an unknown world, however – a world filled with new enemies and old prejudices that will demand more of her than she can imagine, at a cost higher than she’ll ever be willing to pay.

“Taliesin Ascendant is equally as pulse-pounding as The Children and the Blood. I felt there was fantastic character development combined with the spine-tingling suspense and action. Oh, all the intrigue!” – Brandee ‘Bookworm Brandee’

“Things unfold but you still know there's more to the story that you don't know. It's very unique writing and an absolute high speed, action packed adventure that you're traveling on with the main characters.” – Carey ‘Toot’s Book Reviews’ 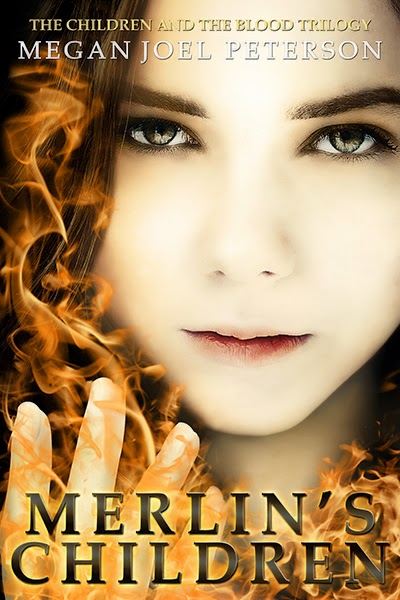 Title: Merlin's Children
Series: The Children and the Blood #3

The stakes of the war have never been higher. But what will be the cost to win?

Ashe knows loss, knows sacrifice and pain. Her allies are scattered and too many lie dead. The Blood are stronger than ever and more connected than she could have imagined.


But the worst is yet to come. The war has taken so many people she loves.
Now it just might take everyone who’s left.

“This final book in the trilogy was every bit as thrilling as the first two. I was so tense - flying through the pages to learn who would survive, who would betray whom, which characters would finally put their trust in the right people. It was nail-biting suspense.” – Brandee ‘Bookworm Brandee’ 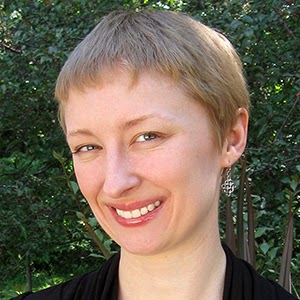 Megan Joel Peterson lives somewhere between the cornfields of Illinois and fantasy worlds filled with magic. She has a degree in English Literature from the University of Illinois, and has worked a little bit of everywhere over the years. Now she spends her days and nights creating new stories, and thinks writing is the best job for which she ever could have asked.