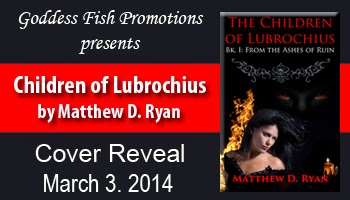 Matthew will award a metal miniature of a demon from the Reaper Fantasy Miniatures to a randomly drawn commenter during the tour (US ONLY).

BLURB:
The vampire, Lucian val Drasmyr, has been defeated, but not destroyed: Now he serves another evil: Korina Bolaris, a young and gifted sorceress bent on subverting the power structure of Drisdak. Only Coragan of Esperia can hope to stop them. But is even he prepared to face the dark cult who claims her as their own: the Children of Lubrochius?

“I am a Child of Lubrochius,” Korina said. “I came here to hire you and offer you an opportunity few ever have. Are you interested?”
“I see little profit in it,” said the first man, “save vague promises of uncertain future rewards.”
Korina paused. Clearly, she was not explaining the up-side of her offer well enough. She needed something to lure the men in; something the Shadowhand could not provide, but the Children could. “Have you ever robbed from a wizard?” she asked, changing the topic as the obvious lure occurred to her. She reached into another small pouch on her side and pulled out four Kaldtarri rings, her fingers gently caressing one, feeling the band of iron and the grotesque gargoyle-like head. Sidipius had come through and provided her with ten Kaldtarri Primes and two Kaldtarri Secunduses, an ample beginning supply: enough to begin a formidable hellring. All she needed were the recruits. Men such as these.
The men stared across the empty space at her, at first saying nothing in reply. Finally, one of them broke the silence. “No, we have not,” he said.
“Why?”  she asked, though she knew the answer.
“They have magic. They can snoop you out no matter how good you are.”
“How about a baron or a count?”
“Do you know how many thieves have gone to the gallows for trying?” the thief said. “The nobility just hire wizards. It’s a lost cause.”
She smiled, and one by one dropped three of the rings on the table in front of them. “Is it now?” she said. 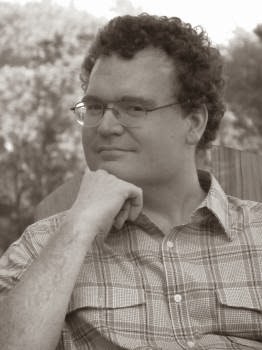 Matthew D. Ryan is a published author living in upstate New York on the shores of Lake Champlain. Mr. Ryan has a background in philosophy, mathematics, and computer science. He has a black belt in the martial arts and studies yoga. He has been deeply involved in the fantasy genre for most of his life as a reader, writer, and game designer. He is the operator of the web-site matthewdryan.com which features his blog, “A Toast to Dragons,”a blog dedicated to fantasy literature, and, to a lesser extent, sci-fi. Mr. Ryan says he receives his inspiration from his many years as an avid role-player and fantasy book reader. He has spent many long hours devising adventures and story-lines for games, so it was a natural shift moving into fantasy writing.

Mr. Ryan is the author of the exciting dark fantasy novel, Drasmyr,, its sequel, The Children of Lubrochius, and a growing number of short stories. His first novel, Drasmyr, has consistently earned reviews in the four and five star range and serves as the prequel to his upcoming series: From the Ashes of Ruin. In addition to Drasmyr and The Children of Lubrochius, Mr. Ryan has published several short stories on-line, including: “Haladryn and the Minotaur,” “The River’s Eye,” and “Escape.”

Links to the Author on the Internet