Spotlight : One Night with the Shifter by Theresa Meyers

A one-night stand with a werewolf has unexpected consequences in Theresa Meyers's latest romance in the Sons of Midnight series.

After he is exiled from his pack, Tyee Grayson must learn to make it on his own. But one night with a beautiful stranger who has luminous blue eyes changes everything…. Especially when his instincts shout that she is the one.

All elementary school teacher Jessica Brierly wanted was a night on the wild side, but when she finds herself pregnant, all the rules change. Not only does her lover have more secrets than she ever imagined, but suddenly they're both fighting off vampires.

When vampires attack the town she dearly loves, Ty must work with his old pack to save them from a ruthless enemy who could kill not only his mate and his unborn child—but the entire human race.

The air was clean and cold outside. Ty’s head cleared, his senses grew sharper. The cool evening breeze, heavy with the salty scent of nearby Puget Sound, ruffled Jess’s hair, sticking honey-colored wisps to her full, rosy lips.
“You okay?” he asked as he gently tucked the strands back behind her ear.
Jess blinked, and stared up at him, a mixture of curiosity and disbelief in her eyes. “What just happened in there?”
He tried to give her a lopsided grin, but it turned into a wince when he found his jaw was tender from the hits the vampire had landed. He rubbed the soreness. The night air chilled the dribble of blood from the cut on his cheek, making it wet and cold, but there was no scent of vampire. The third one must have been smart enough to ditch his buddies. His body ached from the fight, but it would heal fast enough. “A bar fight with strangers.”
“You didn’t know those guys?” she asked, looking around her nervously. “They seemed pretty intent on messing with you.” She grazed the corner of his mouth with her fingertips. “You’re hurt.”
The light touch was enough to send a powerful surge of awareness pounding through him that wiped away any of the ache that remained. Damn. There was no doubt in his mind there was a strong Mesmer forming with this woman.
He gently moved her fingers away from his mouth, keeping them folded in his. Her hands were fine boned and slender and feminine. “No big deal.”
Her full lips tipped up into a soft smile, making him crave to kiss her. “Tough guy, huh?” She pulled a car remote from her pocket and pushed it, making the lights flash on a silver pickup on the edge of the dirt-and-gravel parking area beside the bar.
“Sounds like you’ve been around a few.”
She opened the driver’s door to the pickup and turned, standing in the gap, staring at him, her head tilted. “A few. But they’re nothing like you.”
Ty closed the gap between them, putting one hand on the door frame, shielding her from view of the parking lot but maintaining space between them. He knew better than to get close enough to be swamped by temptation. The Mesmer might be working on him, but that didn’t mean she’d understand if he came on too strong. Especially not after the fight.
“If you want to head home, I understand. I’ll stay here awhile and make sure those guys don’t follow you home.”
She reached out and grabbed fistfuls of his T-shirt near his collarbones, pulling him close until he was chest to chest with her. The soft swells of her breasts pressed against him and the minty scent of her hair, and hint of lilac on her skin teased his sensitive sense of smell. Everything within him went silent and still, fixated on the lush curve of her mouth so damn close to his he could feel the warmth of her breath.
“What I want is for you to come home with me.” Jess stood on her tiptoes and looked up into his face, the dark fringe of lashes around her eyes making the blue luminous. Her rapid pulse beat against his chest, taking over the rhythm until his matched the pace she set. For a second the world tilted sideways.
Ty’s gaze dropped to the silky, damp edge of her lips and he was lost. He dipped down and kissed her. Her lips were soft and willing, tasting of peppermint. She tasted so damn sweet, hot and spicy all at once. A warm, viscous heat flowed through his veins, coating and drowning out every other sensation until he was hot and hard at the same time.
Ty gripped the edge of the truck’s door frame, nearly denting the sheet metal with his fingertips. But he was determined to keep his hands to himself, even though they itched to touch her. Heat seeped through his shirt, the temperature difference amplified by the chill in the air. The kiss turned deeper, slicker, the tip of her tongue brushing against his. The spicy fragrance of female that spiked the air left no doubt she was aroused. When they broke apart, both of them were breathing hard, their breath creating misty white clouds.
“You sure about this?” He could control his body, but not the rough edge of his voice as he struggled to maintain composure. “I could follow you.”
Jess looked up at him, her dark lashes dropping a fraction, giving her a sultry look. “Hop in.”
He was smart enough not to argue with her, but that didn’t mean that the little voice of human reason in the back of his head wasn’t screaming loudly that this was stupid and rash. He should take his own vehicle so he didn’t get stuck who knew where. He didn’t know a damn thing about her. Couldn’t read her mind and certainly hadn’t asked enough questions. But this was a Mesmer, the wild Were instinct side of him shouted back. No one, Were especially, could blame him for responding so quickly and profoundly to her. And hell, he could always follow his nose and walk back if he needed to.
“Anything you say,” he answered. He waited until she climbed up into the cab, admiring the way the dark denim jeans hugged the curve of her ass, then closed the truck door and walked around the back of the pickup. An uneasy sensation raised the hairs on his skin. He glanced over his shoulder one last time to make sure they weren’t being followed. 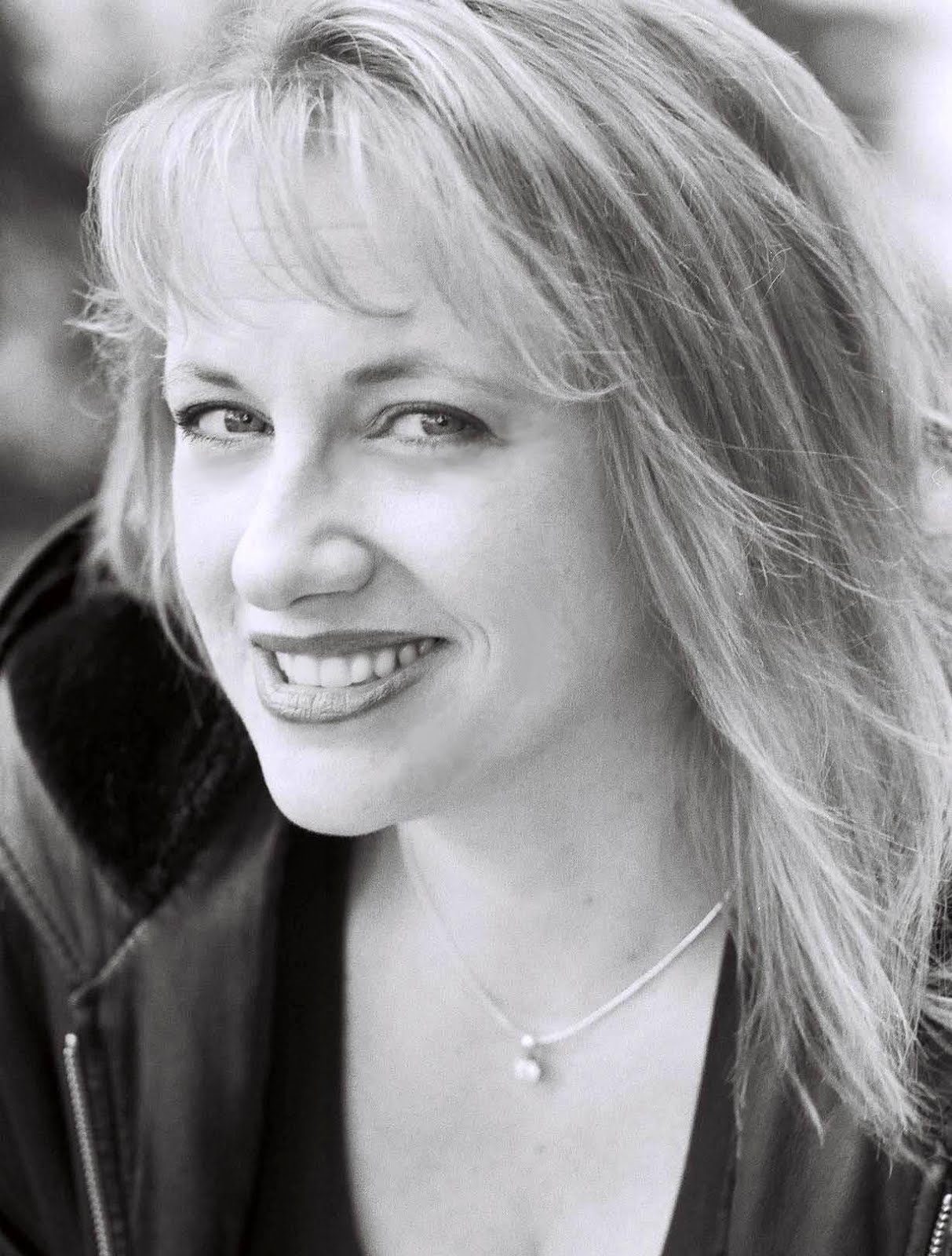 Raised by a bibliophile who made the dining room into a library, Theresa has always been a lover of books and stories. First a writer for newspapers, then for national magazines, she started her first novel in high school, eventually enrolling in a Writer's Digest course and putting the book under the bed until she joined Romance Writers of America in 1993. In 2005 she was selected as one of eleven finalists for the American Title II contest, the American Idol of books. She is married to the first man she ever went on a real date with (to their high school prom), who she knew was hero material when he suffered through having to let her parents drive, and her brother sit between them in the backseat of the car.

They currently live in a Victorian house on a mini farm in the Pacific Northwest with their two children, three cats, two horses, an energetic mini-Aussie shepherd, a rabbit, parakeet and an out-of-control herb garden.

What better way to read a book than with killer fudge and amazing truffles?

Win $25 in your choice of decadent sweets from The Candy Shoppe LLC in Port Orchard, WA and an autographed copy of One Night with the Shifter from author Theresa Meyers.

Open to US Shipping