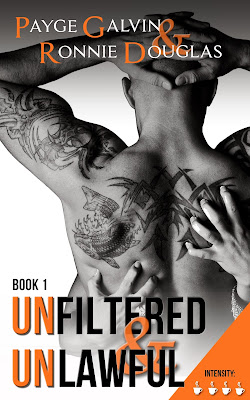 After a night-shift shooting of a drug dealer in The Coffee Cave, thirteen strangers each walk out with more than $100,000 in dirty money, a pact never to meet again, and the chance to start over …

Until that night, Sasha "Sugar" Kovac spent her days selling coffee to the co-eds at ASU Rio Verde and her nights trying not to run back to her ex…or join the throngs of girls lusting after her friend, Adam.

But why should Sugar give in to the Harley-riding tattoo artist when his longest relationships haven't lasted more than a weekend?

Sugar's life takes a turn for the dangerous when someone comes looking for the people connected to the Cave shooting and the cash they split. To protect herself and those she cares about, Sugar has to get out of town --and fast.  When Adam insists on coming with her, Sugar finds herself holed up in a tiny house with a hot man, a stash of cash, and a lot of secrets.

Can Sugar protect both her life and her heart when temptation is so close? Or is the past she's fled going to catch up with her?

PAYGE GALVIN has always wanted to be a writer.  She also loves spending time with her friends, so after a few cosmos at the pool with her friends, the idea for UNFILTERED was born.  Together the group wrote thirteen books about thirteen strangers who share a dark secret…and who all want to find love (because, really, who doesn't?).

VERONICA DOUGLAS has a weakness for trying new things. Some of those have been rather unwise (going for a Harley ride in the rain while wearing nothing but a bikini and boots) and some have been much wiser (writing a book series with thirteen friends). But it’s all been a lot of fun.

You can follow Payge on Twitter at @PaygeGalvin or Ronnie at @ronnieadouglas, or keep up with all the latest news on the Unfiltered series at www.unfilteredbooks.com.