Spotlight : To Kiss a Werewolf by Molly Snow 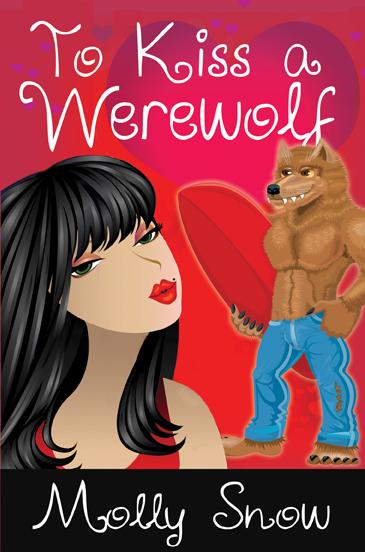 To Kiss a Werewolf
Molly Snow

As president of Paranormal Addicts Anonymous, Stella’s got no time for popular guys. Especially the surfers who hang at Shoreline’s beach—they think flashing a sand-sprinkled, tanned chest is enough to get any girl. But when surfer-hunk Damien Capernalli crashes Stella’s PAA fieldtrip to a haunted bed and breakfast, it may be time to rethink her priorities.

...And what’s with that wolfish gleam in Damien's eye?


Sea salt wafted in the humid sky, the full moon hidden by dark, puffy clouds. Normally, Damien would be feeling on top of the world. A night at the beach, with a pack of friends and girls—one in particular basically throwing herself at him. The typical blonde bombshell cheerleader. Piece of cake. But things weren’t feeling quite right.
Tina wrapped an arm around his, as she sat with him beside the crackling bonfire. She endlessly giggled, even when he wasn’t joking. It was way overboard. She was trying too hard, and suddenly she wasn’t as attractive. Man, why be so serious? he told himself. Just go with it. She’s hot. You like her. She obviously likes you.
But it was hard to let loose when he kept thinking about that girl at his uncle’s pizzeria. She must have known him from school. She had called him by name. So, why couldn’t he put a finger on who she was, what class they may have taken together? He not only knocked her to the ground like a fool, he did something else to anger her. If only he knew what that was… What made it worst of all, he was actually going to accept her request for a date. It’s just that tonight he already had plans with Tina.
A half hour later, Damien was making out with the blonde in his jeep. He was going through the motions, but his head still wasn’t clear. Why was he going to let some random girl from earlier that night ruin his mood? It was so, so irritating. He wished she never walked into his workplace. Whoever she was. Whatever her name was. Tonight could have been so much easier, not being confused over some dark and depressed Goth girl.
As he kissed Tina’s neck, the scent of her floral perfume quickly morphed from soft and seductive to strong and sickening. As if he had licked a bar of soap, he could taste the smell. He pulled back and shook his head, wiping his nose with a shoulder.
Tina’s hands were around his neck the next second. Her fake fingernails lightly pressed into his skin as she pulled him back down. Not wanting to totally ruin the moment, he surrendered, and told himself to get a grip. He moved away from her neck and back to her mouth. Soap. He could still taste her perfume. Nostrils flared and he pulled back again, cringing.
“Come here,” Tina breathed. “Don’t play hard to get now.”
He opened his mouth and panted, hoping to release the flavor. Looking up to the half-moon that peeked through a cluster of dark clouds, he suddenly felt like gagging. In the next moment, he leapt off the girl and ran to the center of some fir trees that bordered the beach.
“What’s the matter?!” Her voice trailed after him.
Damien hunched over and grabbed his knees. Something was wrong. Horribly wrong. He was sure he was going to vomit whatever stomach flu suddenly overtook him, but instead he felt possessed to howl hoarsely into the night: “Owoooo!” 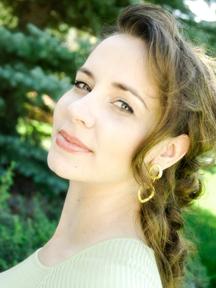 Molly Snow is a Top 10 Idaho Fiction Author, awarded by The Idaho Book Extravaganza. Her works include quirky teen romances BeSwitched and Fallen Angel. Also a speaker on writing, her school assemblies have been featured in The Contra Costa Times and The Brentwood Press. Snow is married to her high school crush, has a set of silly twin boys and a bobtail cat named Meow-Meow. Molly Snow also co-writes mysteries under her pseudonym Claire Kane.