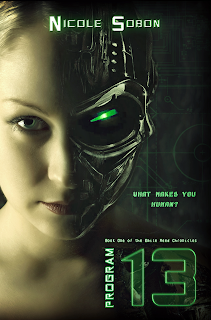 Two identities. One Body.17-year-old Emile Reed, may have died, but she isn't dead. Her body now belongs to Program Thirteen, where her every thought, every movement, is controlled. Until Emile begins to find her way back inside of Thirteen's core, where she manages to fend off Thirteen’s programming to reclaim the life that she lost. But Charles McVeigh, the owner of Vesta Corp, isn’t willing to let Thirteen go. And he will stop at nothing to reclaim control of Thirteen's programming. Because without her, McVeigh has nothing.
What makes you human?

The leather straps constricted my wrists forcing me to endure the electric current soaring through my body. With each jolt of energy, the wires beneath my skin buzzed, sending a shrill throughout my core. Programmed to respond to pain, my body flung forward involuntarily.

“Pain is a natural reaction,” they told us. “It’s a part of being human. It is something you will better understand once your human identity is finally installed.”

But no matter how much I might look human, I was not.

I was a Program, a machine built to appear human.

The straps dug into my skin, tearing it slightly. I could feel the cold brushing against the metal surrounding the wires beneath the break. The tearing didn’t hurt, but my Program reacted as though it did. The scientists wanted to see how we react to pain. They wanted to believe we were capable of acting human.

This body, this skin, it was a cover for what I truly was.

“They do not have enough experience with your kind,” the White Coats said. “We just want to make sure you are safe out there. This is your world, too.”

At least, that was what they told me.

“Program Thirteen,” a harsh voice called from behind the glass. I could faintly make out a shadow of the man as he held his clipboard in his hand, carefully checking each box indicating I’d passed my daily inspection. I was making excellent progress, or so I’d heard.

“Your Program is coming along quite nicely,” McVeigh had told me. “I can only imagine how well you will do once your human identity is programmed into your core.”

I knew that McVeigh was happy with my progress here at Vesta Corp, but I did not comprehend much of what he said. What I did know was that as long as my treatments continued to work, I’d remain activated. I’d retain a purpose. That was all that mattered.

Looking down, I could see that the leather straps were hanging down, no longer constricting my wrists. Even without the straps to hold me down, I did not move. I remained seated, waiting for a White Coat to come strolling in through the door. As I waited, I noticed that my skin where it had been torn from the pressure of the restraints was flapping around. I’d have to pay a visit to the doctor again so that she could tend to the tear.

“You must find a way to fight the pain, Thirteen,” she’d tell me, just like she always did.

And then I’d nod, because that was what I was expected to do.

The truth was that I had no control over how my Program reacted to pain. Everything I did, everything I was – it was all controlled by the scientists. I didn’t choose to react. My Program, the one which they’d built, did. I twisted my wrist so that my palm was facing up, and I gazed down at the open skin. No blood. No bone. Only exposed metal. 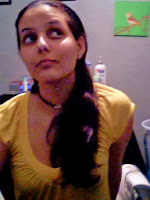 Her novel, Program 13, was quoted on an episode of Criminal Minds (season 8, episode 13, "Magnum Opus").