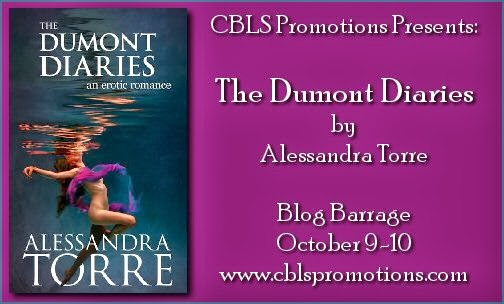 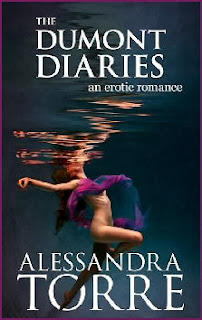 Candace Tapers’ life finally takes an upward swing when Nathan Dumont, shipping heir and notorious playboy, sweeps her away to a lifestyle of wealth and privilege. But that life comes with strings, and she is soon pulled in directions she never expected, discovering secrets and ulterior motives in the man who shares her bed.

*The Dumont Diaries was originally released, and is still available as a four-part miniseries. This book combines the four pieces of the miniseries into one, full-length novel.

Warning: This title is intended for readers over the age of 18 as it contains explicit sex scenes (including voyeurism) and/or situations and adult language, and may be considered offensive to some readers.

This in the first installment of a four part series that follows Candy and Mr. Blue-eyes. We meet Candy, the stripper has come to terms that girls like her don't get a prince charming. She has come to terms with her situation and will do whatever it takes to survive. Enter Mr. Blue-eyes. But he may be after far more than just a private dance.
One night she is propositioned for more by a high-roller patron and her life will never be the same!Actually Both of them.

I can understand your judgment. I know that I am a prostitute. I’m not proud of it. And when I
am flush with cash, I refuse the requests for extra services. But at times like today, when I am
struggling to fill my car up with gas, I don’t have much of an option.

Honeslty Candy likes him.She likes his dick in her mouth.She's not proud of it but she likes his face when she sucks him.She wants him to enter somewhere but her mouth.
And then he came again but this time he wants to go with him to his suite.Well maybe she can earn something his request but she really wants him anyway so she ask how much(honestly girl,money in there or not you'll go anyway *wink* )

Later then she doesn't go his suite because of her outfit.But They are going to his house..his home.
First he command her to touch herself to another mans in the room.And when she finished he command her again to go to the master room.I can truthly say that they have sex so so so hot! Like I don't know how to described this *blush*.
In the morning he command her again to come to him.He make a proposal.

You should never expect that from me.
I will not love you. I will have no use for you other than sex and photo ops. That is something
you might want to consider when making your decision.


Other then sex with him she have a lot issues. Her father is sick. The hospital payment is big so she have to work.But her father doesn't know that she's working at the club.Candy didn't see her father almost 3 years.Her father thinks that she's a wedding planner and her schedule is so full.

I see man.
I need man.
I want man to make me fucking his.

So like that their journey begins.How they fall for each other.How they discover more than desire...


ILOVENATHANSOMUCH! GOD! Thanks to Alessandra we read a wonderful book!

He leans forward and kisses me, and I suddenly don’t need the image of dollar bills to distract
my mind. Everything floods the moment his lips touch mine.
Soft, sweet lips. Not what I expect from this commanding man. He brushes my lips softly, my
lips parting for him, immediately wanting more. A groan slips from my mouth before I have a
chance to capture it. His hands move up through my hair, gripping and pulling its strands. He
tastes me, spreading my lips gently with his and dipping his tongue inside. I respond eagerly, my
body taking over my mind, shoving it aside forcefully as a wave of arousal hits me. His touch
turns harder, his mouth more demanding and he moves me backward, my heels skittering over
tile, 'til the edge of the table is against me.
His hands grip my ass, squeezing it roughly, one hand on each cheek and lifts me easily, setting
me on the table, the surface cool against my skin.
“Lay down,” he bites out against my mouth, taking one, last, torturous sweep with his tongue
before he pulls off, stepping back and watching me.
I grip the glass top, sliding backward until my elbows are resting on the glass. I watch him,
watch as he unbuttons his sleeves. He breathes hard, his eyes glued to mine and walks towards
me, stopping a foot from the table.

Enter the contest at each participating stop for a chance to win the following:
GRAND PRIZE: $100 VISA Gift Card
RUNNERS-UP: Winner’s choice of any eBook by Alessandra Torre (1 each to 5 winners)
Contest is tour-wide, open internationally and ends Oct 11. Must be 18 years of age of older to enter.
a Rafflecopter giveaway

October 9, 2013
Booker like a Hooker (Review)
Brianna's Bookshelf
Coffee Beans & Love Scenes
It's All About the Romance!
Kristy Centeno
Literary Nook
We Love Kink (Review)
Words of Wisdom from The Scarf Princess

Alessandra Torre is a new author who focuses on contemporary erotica. Her first book, Blindfolded Innocence, was published in July 2012, and was an Erotica #1 Bestseller for two weeks.