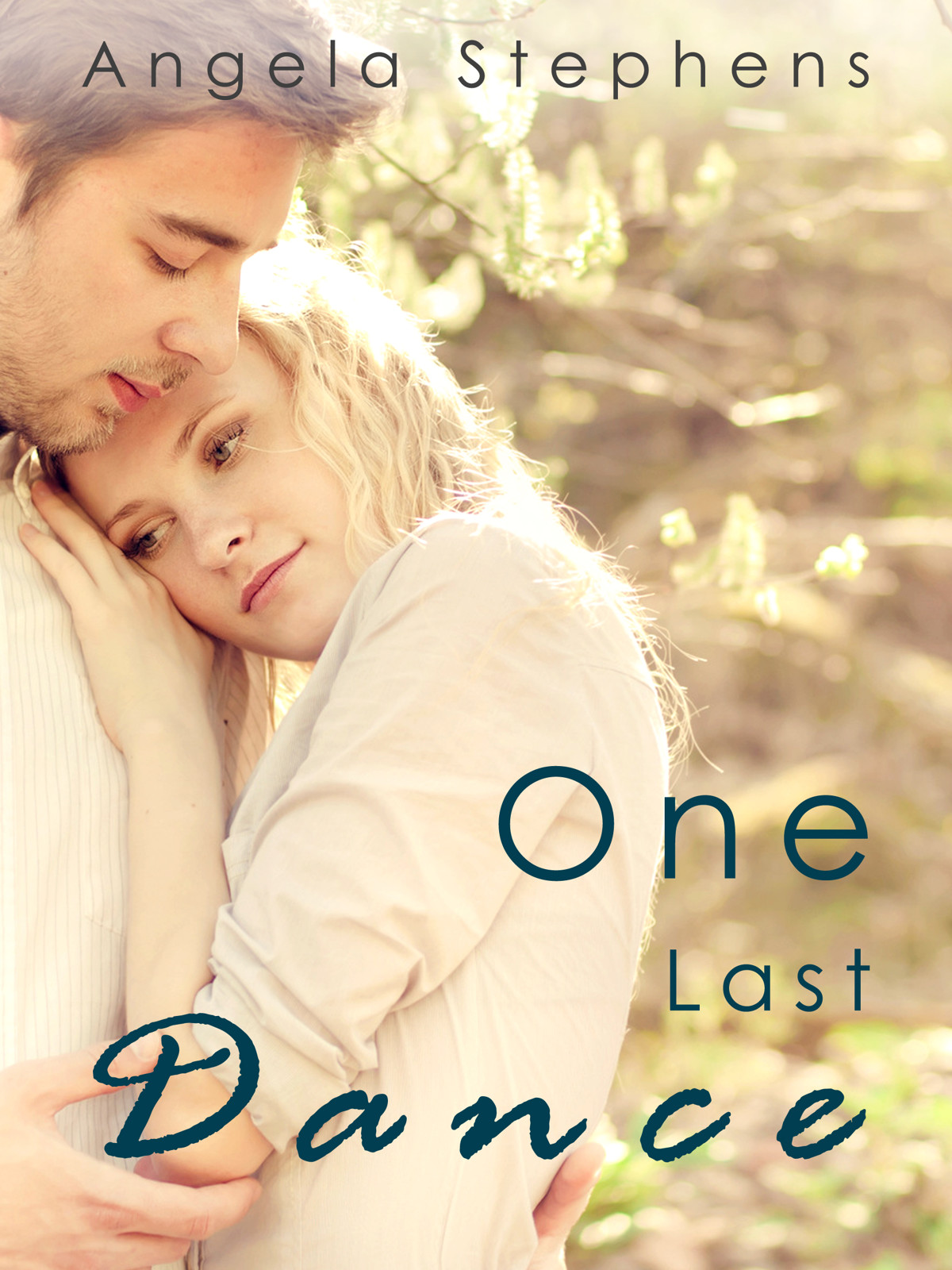 “One dance, that’s all I’m asking for.”Dreams don’t come true. That’s one thing that Sophie Becker knows for certain. Sophie spent the first nineteen years of her life dedicated to her dream of becominga dancer, but when an injury ends her career as a performer, she struggles to find an anchor.Now, a few years later, Sophie has tried to move on by opening a dance studio in the heart of Manhattan. She thinks she can hide from her pain, but it’s impossible in the face of daily reminders of the opportunities she has lost.One night, a mysterious stranger walks into her studio, threatening to tear down the facade she has worked so hard to build up. Henry Medina is the reclusive CEO of Medina Properties and has a troubled past of his own. Henry is cocky, handsome and all he wants is to dance with Sophie.When a dance becomes more than just a dance, will Sophie be able to handle the intense emotions that he stirs up? Will Henry reignite the passion in Sophie’s heart and heal her soul or will he leave her more broken than she was when he found her?

Just one dance can change your life.One dance can felt everything. One Dance can falling in love. So give One Last Dance.

He's Tall,Dark and Gorgeous man.He saw Sophie back in Buenos Aires and he fell in love.
Sophie is Broken.She haven't a date after Christian and she doesn't.

Henry is stable. He wants dance with Sophie...and the other thing(s).
So she give him one dance...
After that dance it seems she can't forget Henry. When she close her eyes He's there.Like a spell you know :) You can never expext love where's coming from...

I love the book.She's so broken and He's so broken too.
He lost his mother when he was little and She can't feel anything After Christian.
But This is before they met.


Note:This book is not in Gr so I can't add my review in gr.

When she was sure Darren was gone, she followed the stranger back into the classroom. Darren had turned off half the bank of overhead lights when he’d exited earlier, leaving the room bathed in a dim glow. She watched the man as he stood in the center of the room, dark eyes scanning and cataloging everything.Sophie took a deep breath, willing her frantic heart to calm. “What can I do for you, Mr...”He spun on his heel, the move smooth and agile, until he faced her. “It is you. I knew it.”Sophie’s head spun. She would know if she’d seen this man before. “I’m sorry? Do I know you from somewhere?”“Buenos Aires.”A shock went through her system. That was a city she knew well.“I saw you dance in a competition and you had more pasión than I had ever seen.”He had no accent, yet the way he said pasión showed he knew the language, and probably tango. Sophie felt a jolt in her stomach and her shoulders slouched. She wasn’t expecting another reminder of her past from a stranger. A reminder of a time before her knee had betrayed her. Whatever he was expecting, it was from a past version of herself. He would be disappointed by the present Sophie. “I’m sorry, Mr.—”“Henry. Please just call me Henry.”“Okay then, Henry,” she said, shaping the syllables with her tongue and lips. “I appreciate the compliment, but that was a long time ago. Why did you come in here tonight?”His gaze rested on her mouth as she spoke his name and again she felt that flare of heat on her face. A slow, crooked smile spread across his sensual lips, his mouth turning  up at one corner and revealing a deep dimple. “I saw you through the window and I felt compelled. I’ve wanted to see you dance since that night, but I couldn’t find any of your performances. Then tonight as I’m walking down the sidewalk I see you teaching a class. You’ve been under my nose this whole time.”The stab of pain in her stomach intensified. That she could have such an effect on a man this beautiful was so flattering, and yet realizing that the dancer who had created that effect was no longer able to dance devastated her. She needed to get him out of here before she began to cry. “Henry—”“Dance with me.”“I beg your pardon?” Did he really think he could come into her studio and dance with her because he saw her in the window? Because he had seen her at a competition once? “If you’d like lessons, I’m happy to give you a schedule. We have new classes starting all the time.”He was already stalking over to the chair at the front of the room and the loathsome cane propped against it. She saw him pluck something from the seat andrealized it was her iPod remote. “I don’t want dance lessons. I want to dance with you.”“I’ve had a full day. And I don’t give out free private lessons.”His thick brows rose. “I’ll pay double your normal rate. For the whole hour. One dance and I’ll leave.” He pointed the remote at the iPod dock and waited, gaze steady.He couldn’t be serious. “Does that normally work? The ‘double your rate’ bit?”“I wouldn’t know. First time I’ve used it.”So he was a charmer. Sophie’s thoughts went to her knee. She wiggled her leg a bit to test its strength. It felt fine, which was strange given the pain she had been in earlier. Her attention returned to the beautiful man in front of her. The urgency that had emerged in his eyes left her startled. “Well I can tell you. It doesn’t.” His hand dropped, but his gaze remained fixed on her, his dark eyes searching. They travelled down her body, and Sophie thought for a moment she felt his eyeslinger on her bad knee, but they returned quickly to her face. “No? What about this: when I saw you dance in Buenos Aires, I felt your pasión. I felt connected toyou, like I knew you just by watching you move. I feel that again today, and I have to know if we have that connection.” He stepped toward her, stopping a foot in front of her. His eyes locked again with hers. “So I’m going to say it again. Dance with me. Please.”His close proximity brought a new warmth to her body, and Sophie was surprisedto find she had begun to grow wet between her legs. She knew the connection he was talking about. It was something she had felt with Christian when they had danced, and as she thought about it she realized it was something she shared with the gorgeous creature in front of her. Henry. She tasted the unspoken syllables inher mouth, wondered what it would be like to scream them. She snapped out of her reverie and dropped her eyes down to the skin exposed at Henry’s open collar. A shake of her leg showed her knee was fine. “Henry—”His hot breath was in her hair as he stepped forward. “I will pay you ten times yournormal hourly rate. One dance, that’s all I’m asking for.”She looked up and saw his expression. If eyes could be on fire, his dark eyes were blazing. For her. “You don’t even know my rate,” she said quietly. He smiled. “Whatever it is, it doesn’t matter.” His hand came up for her in perfect form, just as Darren’s had earlier. One more check of her knee. It felt good. What the hell, she thought. It was worth one dance: the money—she would have to make up her private rate—and to know if this handsome man she had just met could connect with her in a way no one had in a long time. “One dance,” she said.

Mr. Medina, what is it that you do?
It’s well known that Medina Properties is a real estate development firm. Any other questions?

Right, of course. Um, I understand that you inherited the company from your father.
Is there a question somewhere in here?

Errr yes, how is your relationship with your father?
Jorge Medina and I have a professional working relationship, he is a member of the board of
Medina Properties.

Anything else to add to that?
No.

Okay then, moving on. Are the rumors about your relationship with Sophie Becker true?
Sophie and I are dating, the photos that were leaked were an unfortunate misunderstanding.
You know how the media is, always jumping to the worst conclusions possible.

And how did you meet Ms. Becker?
I saw her dancing in her studio and I struck up a conversation with her. As passionate as I am
about dance, I found someone who truly lived it. It was only natural that we ended up together.
That’s all I have time for now. My assistant will handle the rest of the details. Have a good day.

Angela Stephens is the author of the Beautifully Broken series and the soon to be released New Adult novel "One Last Dance". Angela enjoys reading stories about bad boy heroes falling for funny heroines with big hearts.In her spare time, she can be usually found baking, knitting or curled up with her ereader at the beach.