Hey, Santa (An Alien for the Holidays) by Jessica E. Subject 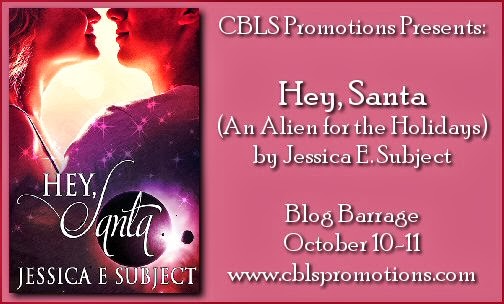 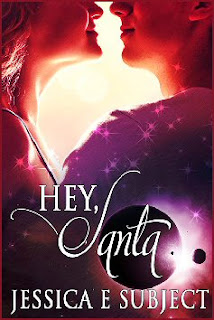 She doesn’t want a lot for Christmas…

Claire Otton dreads spending another holiday alone. When her best friend convinces her to approach the sexy mall Santa, she takes the chance and asks him out, hoping for so much more.

He’s waiting under the mistletoe…

Although Andreas Castellanos blends in on Earth, he knows he will never belong. But when the gorgeous woman he’d been staring at invites him to dinner, he has a hard time saying no.

All they’re asking for…

Can these two lonely souls find magic together or will their secrets steal their chance of a happy Christmas?

Warning: This title is intended for readers over the age of 18 as it contains adult sexual situations and/or adult language, and may be considered offensive to some readers.

An Alien Santa?! REAL? Dude.That is A-W-E-S-O-M-E !
First begining is amazing. The truth is Claire don't wanna ask a Santa to go out with her.But friend push her to do it and the jorney is begining with it.
Andreas is.. well he's HOT!
Andy is the Hottest Santa only you can see.
The story is quick to read because it's short but If it were longer I can read quick the story either.

Claire smoothed her dress across her lap. The short hemline didn’t come close to reaching her
knees, or barely her butt for that matter. Though a festive red color, the dress’s plunging neckline
revealed even more skin. She shivered in her chair, ready to ask for her coat back. Why did she
have to buy the shortest dress possible?
Like she needed it anyway, with her date already ten minutes late. She doubted he would show.
Who wanted a socially inept woman? Heck, what man wanted to start dating someone two days
before Christmas? She sighed, resting an elbow on the table. Why did I ask out Santa? She didn’t
even know his name, what he looked like. Yet, she’d given him enough personal information
to stalk her. Way to go, numbskull. She might as well have given him her house key. And since
Tiffany had driven her to the restaurant, she’d have to take a cab back home.
“Hi, Claire. Sorry, I’m late.”
She jerked her head toward the deep, husky voice. Her Santa had arrived. But instead of the
white-haired, bearded man with the fuzzy red suit, she stared at a Greek god. Broad shoulders.
Muscles constricted by the sleeves of his dress shirt. His wavy brown hair looked wet, as if he’d
recently stepped out of the shower. Or maybe snow had started to fall since she’d arrived. Pulse
racing, she dared to gaze into his crystal blue eyes, the part of him she remembered from their
meeting in the mall. Yet, even with his tanned complexion, something seemed not quite right
with the color of his skin.
Was he as nervous as her? Her last non-double date occurred so long ago, she didn’t know how
to act.
Not wanting to be rude, she stood to greet him. He had, after all, arrived rather than standing her
up. And the sooner he touched her, the better.
Resting his hand on her hip, he moved closer, kissing her cheek, his lips soft and gentle. His
breath smelled of fresh mint, a far cry from the last guy Tiffany had tried to set her up with. 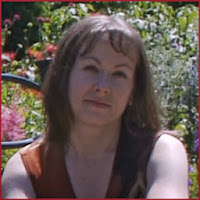 Jessica Subject is the author of contemporary and science fiction romance, ranging from sweet to erotica. In her stories, you could meet clones, or a sexy alien or two. You may even be transported to another planet for a romantic rendezvous.

When Jessica isn't reading, writing, or doing dreaded housework, she likes to get out and walk. Fast. But she just may slow down if there is a waterfall nearby.

Jessica lives in Ontario, Canada with her husband and two energetic children. And she loves to hear from her readers.