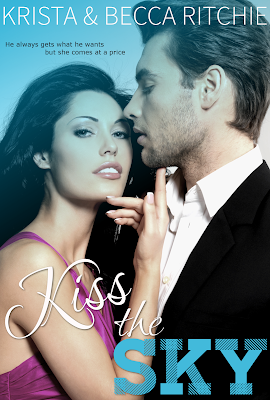 Twenty-three-year-old fashion designer, Rose Calloway, has everything figured out. Well, except her boyfriend. Pretentious, gorgeous, smart-as-hell—Connor Cobalt wants
to rule the world and that means collecting as many contacts as he can. But for Rose, “people-pleasing” is another word for “fake” and tensions begin to build the longer their relationship lasts.

With the stress of her struggling fashion line, Rose finds a solution in another guy. The only problem—he’s everything she dislikes in men. But he’s her last chance to save the failing company. Now she must use Connor’s...
“people-pleasing” tactics to impress a guy that rattles her nerves. Rose has confidence in herself, but she also knows her boyfriend thrives on competition. And Connor hates being runner-up. If he doesn’t bottle his pride, the cost could be her future career.

They want it all: wealth, love and success.

But when two ambitious individuals fight to be the best, someone is bound to come in second. After all, only one can kiss the sky. 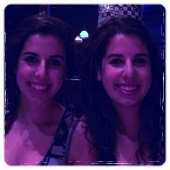 Becca Ritchie is a carnivore of pop culture, television, film and of course YA and NA books. While in college, she worked at The CW television network and put her vampiric knowledge to good use, blogging about hit series and swooning over actors’ abs. When she’s not blogging, she writes novels and has teamed up with her twin sister for their New Adult novel ADDICTED TO YOU. Available July of 2013.

Krista Ritchie is the mind behind popular trading website YA Book Exchange and created Nawanda Files, a book blog that also features books into movies news. When not pouring over entertainment news and the newest releases, she spends her time working in the science field. She’s happy to join forces with her sister, harnessing their twin powers to produce the first in a New Adult series.

What are your thoughts on the cover? Leave a comment below! :)