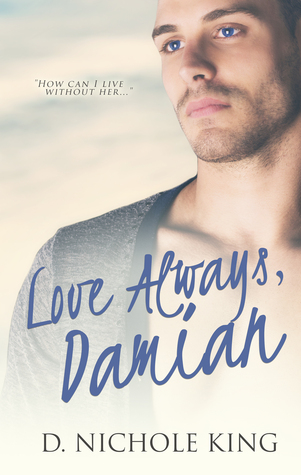 Synopsis:
They say time heals all wounds.
What a load of bull. It’s been four years, and Kate’s voice still echoes in my mind.
Every. Damn. Day.
I numb her memory when it taunts me. In college, I drown her out with booze and easy lays. I can’t do what she asked
I can’t let her go.
Not even when Lia shows up, freaking ripping what’s left of me to shreds. Caring about someone isn’t worth the deadness that follows after they’re gone. I didn’t ask for this. Didn’t ask for her.
And I sure as hell didn’t plan to miss her when she walked out of my front door.
Now, if I want to keep her, I have to straighten myself out and earn her. I can’t screw this up.
Because if I do, I’ll lose more than just Lia.
I’ll lose my life.

Damian
“Come on, man, and get your ass out of bed. We’re gonna be late.”
Dylan banging on my door rips me from my sleep. Awesome, numb, drunken sleep, where even Kate is absent from my mind.
Fucking bastard.
I roll onto my back and something crunches beneath me. As I shift to dig it out, the empty bottle of Templeton Rye drops off the bed and clinks against the other empty bottle on the floor. My fingers close around the object, and I pull it out.
The small black notebook with a red rose on the cover stares at me. It’s Kate’s diary.
Suddenly, last night is no longer a fuzzy mass of shit I don’t remember. The anniversary of the day I watched her take her last breath is the worst goddamn day of the year. Actually, this whole week is an annual painfest. It’s an unnecessary reminder of her leaving me. That she tore my heart out and took it with her to the grave.
I don’t want it back. It belongs to her.
I scan over her letter to me again—her last entry. Her beautiful, hopeful words promising me I’d be okay. What the hell did she know? She’s gone, and I’m left here with all the fucking memories she dumped on me.
My last wish, Damian, is that once you’ve read my diary, you’ll put it in a box. Place it in the attic somewhere and leave it there. Let it collect dust.
That’s not all, though. You have a whole life in front of you. Don’t waste it. Don’t dwell on the past. Move forward.
Life isn’t about merely surviving. It’s about living.
Damian, my love, my final wish is for you to let me go.
Love Always, Kate
How the hell am I supposed to forget her? Move on? She has no freaking clue what she did to me.
Fuck!
I’m losing it. Breaking down again now that I’m no longer numb.
She shouldn’t have left me. She should have taken the stupid drug then I could have saved her. My blood. My blood was a match to hers, and I would have given it all to her if she held on a little longer.
My stomach hurts. Hell, my whole body hurts. I can’t breathe as the same thoughts plague me year after year, never letting me forget.
I glance at the empty whiskey bottles on the floor. I’m still the same bastard I was four years ago. The only difference is now I don’t have my brother’s girlfriend to fuck when I need the extra release alcohol can’t give me.
No, Ellie high-tailed it out of my life the morning of Kate’s funeral. One last roll in the sack to deaden my pain, and then she moved to Florida. Something about studying marine biology or some shit like that.
I haven’t heard from her since. Whatever. Easy lays aren’t hard to find here.
“Damian!” Bang, bang, bang. “Dude, we gotta go!”
Philosophy final. Shit.
“Yeah, man. Give me a minute,” I yell, throwing on the first t-shirt I see. I grab a pair of jeans off the floor and tuck my phone in the pocket.
“About time,” Dylan says, tossing me a set of keys. “Found ’em.”
I swipe a protein bar out of the cupboard. “Yeah? Where?”
“Right there, on the counter.” He sounds annoyed. Dude’s a perfectionist, and sometimes I think his decision to room with me is his idea of community service. Dylan’s had my back since junior high though, and he’s the only person I consider a friend.
“Thanks,” I say. “So, are we going yet? I don’t want to be late.”
Dylan shakes his head at my irresponsibility and follows me out to my BMW. Philosophy is the one class we share this semester, and parking is a bitch, so we’re riding together. But I have plans after this final, and Dylan isn’t part of them. Hopefully he has another ride home, ’cause I’m not waiting for his slow ass to finish the exam before I leave.
Sure enough, an hour and a half later, I’m done and Dylan is still scribbling out his answers. There’s a good ninety minutes left of class, and my roommate will use each and every one of them before he walks out. No way in hell am I staying that long.
“Hey, I’m leaving, man,” I whisper to him.
“Seriously? You’re finished already?”
“Uh, yeah.”
He’s annoyed because while he’s been pulling all-nighters for a week, I’ve cracked a book for maybe two hours. If I don’t know the shit by now, no amount of poring over the material again is going to do any good. Besides, this week I have other things on my mind.
“Fine. Go,” he says.
“Later.”
I gather my stuff and head up front to the prof. His eyes lift over the rim of his glasses to study me. I’m the first one to hand in my final, and he probably thinks I’ve done a half-assed job.
I didn’t, though. When he checks it, he’ll find every answer as flawlessly correct as usual. I’m a Lowell, and for the last six years I haven’t been living up to that. Until now. Because of the deal I cut with the Good Doctor.
I’ve held onto an almost perfect 4.0 GPA for the last five semesters.
Finally, the prof nods at me and I walk out of class, leaving my junior year of college behind. 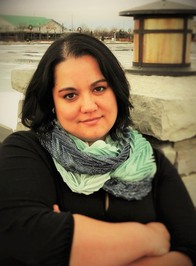 AUTHOR BIO:
Born and raised in Iowa, d. Nichole King writes her stories close to home. There's nothing like small-town Midwest scenery to create the perfect backdrop for an amazing tale.

She wrote her first book in junior high and loved every second of it. However, she couldn't bring herself to share her passion with anyone. She packed it away until one day, with the encouragement of her husband, she sat down at the computer and began to type. Now, she can't stop.

When not writing, d. is usually curled up with a book, scrapbooking, or doing yet another load of laundry.

Along with her incredible husband, she lives in small-town Iowa with her four adorable children and their dog, Peaches.

"A reader lives a thousand lives before he dies. A man who never reads lives only one." --George R. R. Martin, A Dance with Dragons