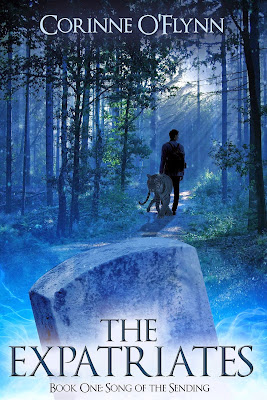 They told him his world was destroyed.
And they were the last to escape.
They thought he was safe.
They were wrong.

Jim Wales can communicate with animals, but that’s not why he lives with a traveling carnival. Turns out his family’s been hiding him there since he was little, since someone started hunting all the scholars. Jim is a scholar—someone who can manipulate energy using magic—and he has no idea.

When a message arrives from Jim’s father—who supposedly died twelve years ago—Jim’s whereabouts are discovered, their carnival is attacked, and his mother is kidnapped. On the run with a strange glass map and a single coin, Jim finds himself racing to reclaim the father he thought he’d lost, plotting to save his mother, and discovering the truth about who he is.

But going home isn’t the same as being safe, and trust is everything.

What readers are saying:

"Told in a beautiful, flowing style full of colorful images and adrenaline-pumping action."

"Pop some popcorn, sit back ... and enjoy the thrill ride, right up to the end, which leaves you begging for more."

"Captures your attention from the start and then guides you through a roller coaster of adventure, drama, mystery, magic and young love."

A short interview with Corinne O’Flynn, author of THE EXPATRIATES.

Tell us about your book.

THE EXPATRIATES is the first book in a new YA fantasy series about a teenage boy, Jim
Wales, who discovers his family’s been hiding him in a traveling carnival because he’s being
hunted for his powers.

What inspired you to write THE EXPATRIATES?
This is such a cliché!! But, the truth is the book was inspired by a dream I had almost 14 years
ago. It was a little scene where this dark-haired kid is walking through a meadow of golden grass
with a tiger and there’s a falcon hovering in the air over him. He’s communicating with the
animals telepathically. The whole thing is still so vivid, all these years later.

What can you tell us about the main character?
The main character in THE EXPATRIATES is a seventeen year old named James Wales. His
friends call him Jim. He has the ability to communicate with animals telepathically, which comes
in handy living with a traveling carnival! The story opens with him training a tiger to do some
new moves for their carnival act. It doesn’t go well, and Jim’s concerned the tiger can understand
the insults coming from Jim’s best friend, Sam.

Your cover is fantastic! Who designed it and do you think a good cover is important part of publishing?
My cover was designed by Steven Novak at www.novakillustsration.com. He’s super to work
with, and I can’t wait to see what he does with my next cover. I think a good cover is absolutely
vital to capturing a reader’s attention. I learned something important while working on the cover,
and that is to focus on the concept and the theme you want to portray, and not get stuck trying to
be too literal in showing an actual scene from the story. Keeping that in mind really helped me
get my head around what we needed to do. 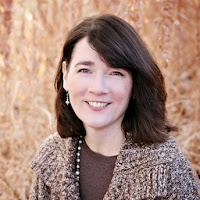 Corinne O'Flynn is a native New Yorker who now lives in Colorado and wouldn't trade life in the Rockies for anything. She loves writing flash and experimenting with short fiction. Her novel, THE EXPATRIATES (Oct. 2014) is a YA fantasy adventure with magic and creatures and lots of creepy stuff. She is a scone aficionado, has an entire section of her kitchen devoted to tea, and is always on the lookout for the elusive Peanut Chews candy.

When she isn’t writing or hanging with her family, Corinne works as the executive director of a nonprofit. She is a member of Rocky Mountain Fiction Writers, Mystery Writers of America, and the Society of Children's Book Writers and Illustrators. You can find her online at her website, Facebook, or Twitter @CorinneOFlynn.