Free Today! Walking in the Shadows by Cassandra Giovanni

Walking in the Shadows
Genre: YA Romantic Thriller 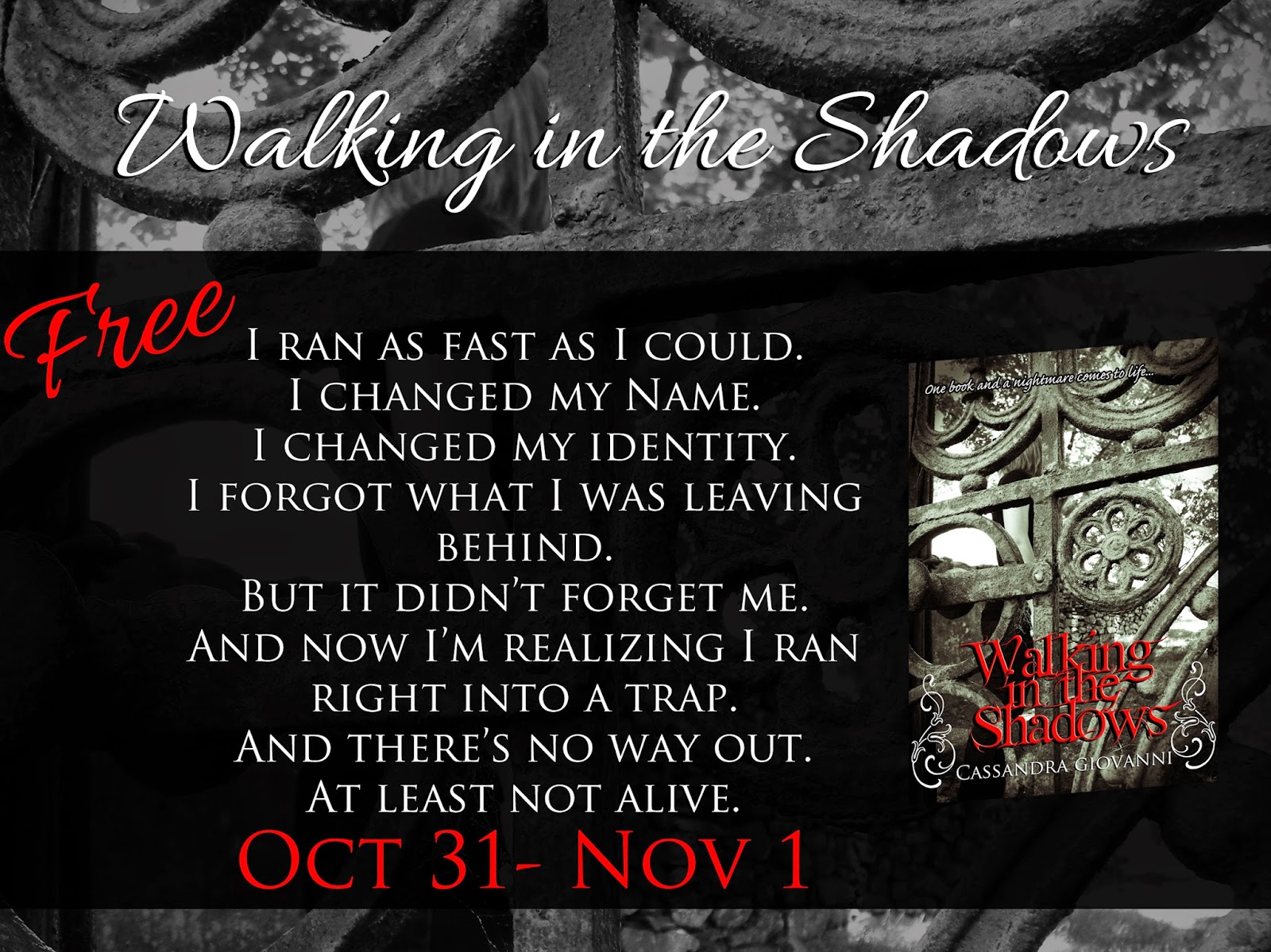 Seconds seem like a lifetime when the life you lived is slowly drained out of you by those who care not what you felt, hoped, or dreamed. When the darkness comes it is all-consuming, there is no light and there is no pain. It is the never-ending loss of hope that now consumes me as I die in his arms.
This is Abigail Martin’s nightmare.
After her parents become the first victims of a serial killer obsessed with the vampire saga Crimson Reign, Abigail does the only thing that she thinks will save her from her parent’s fate–she becomes some one else. As Vera MacIntrye she falls in love with the very handsome Tad Knightley, and then walks into her first day at her new school to see him standing at the front of the classroom. He’s every teenage girl’s fantasy and he’s Vera’s gone completely wrong as he writes “Mr. Knightley: AP British Literature” across the white board. The one person who filled the gaping hole in her heart will soon rip it wide open again. Vera struggles to adjust to being a ‘normal’ teenager with very adult responsibilities like paying the rent, buying groceries and making sure that lights stay on, while being drawn time and time again back to her off-limits teacher. What’s worse is he is drawn to her too, and their world’s can’t stay apart when Tad finds Vera screaming in terror in the parking lot after the winter formal. The murderer has struck again and is getting closer to its next target–Vera. Tad will do whatever he can to save her, even if it means losing his dream job, but will it be enough when the murderer is closer than anyone ever thought?