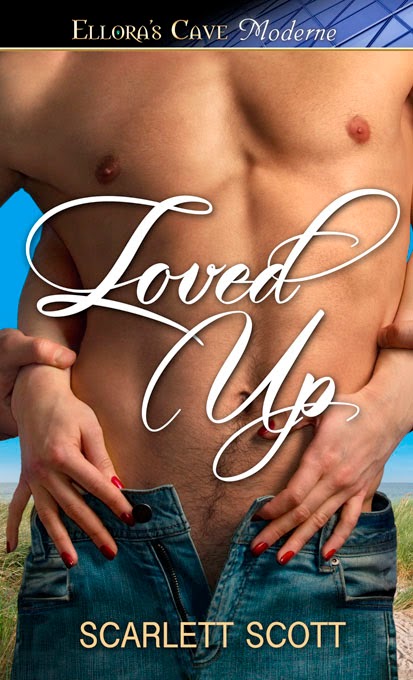 When she accidentally runs into the back of a gorgeous stranger’s truck at a stoplight, the last thing on Kassie’s mind is indulging in her deepest, hottest fantasies with him. Until he shows up on her doorstep as the contractor she’d hoped to hire to remodel her home and things get interesting…fast.


With a sexy drawl, skilled hands and a body that makes her panties all but melt, Jax is exactly the kind of man she shouldn’t get involved with after breaking off her engagement and starting over in another state. But she’s helpless to resist the powerful desire he makes her feel, and before long she’s letting him have his wicked way with her all over town.


Jax knows falling for a woman like Kassie’s a bad idea. He’s experienced enough heartbreak to see the signs. He can tell she’s ready to run, but when she’s in his arms, he’ll do everything he can to make her stay.


EXCERPT
Kassie pulled open the door and did a double take.


There he stood, grinning at her with his dimples on full display. In his tight jeans, dove-gray shirt and cowboy boots, he looked like something straight out of her fantasies. That super sexy tattoo of his curled over his forearm, and she followed its path of dark curves all the way up to his strong biceps. Yum. His blue eyes crinkled at the corners, shining with a blatant sexual warmth that threatened to melt her panties.


She tried to stanch the instant stab of lust the mere sound of his voice sent slamming into her. Her eyes greedily took him in, noticing that his stubble was back, this time more pronounced than before. Good God, he was sex in a gorgeous, man-shaped package. And she was staring at him.


“Hi, Kassie.” He stepped closer, invading her personal space in the most delicious way. “Are you going to let me in, or are we going to give your new neighbors a show?”


Award-winning author Scarlett Scott writes contemporary and historical romance with heat, heart and happily ever afters. After growing up on romance novels, she now crafts love stories of her own with a good dose of sizzle and an equal amount of humor. She lives in the Pennsylvania countryside with her Canadian husband and is a proud mom to their adorable but occasionally evil dog with a penchant for eating everything he shouldn't.