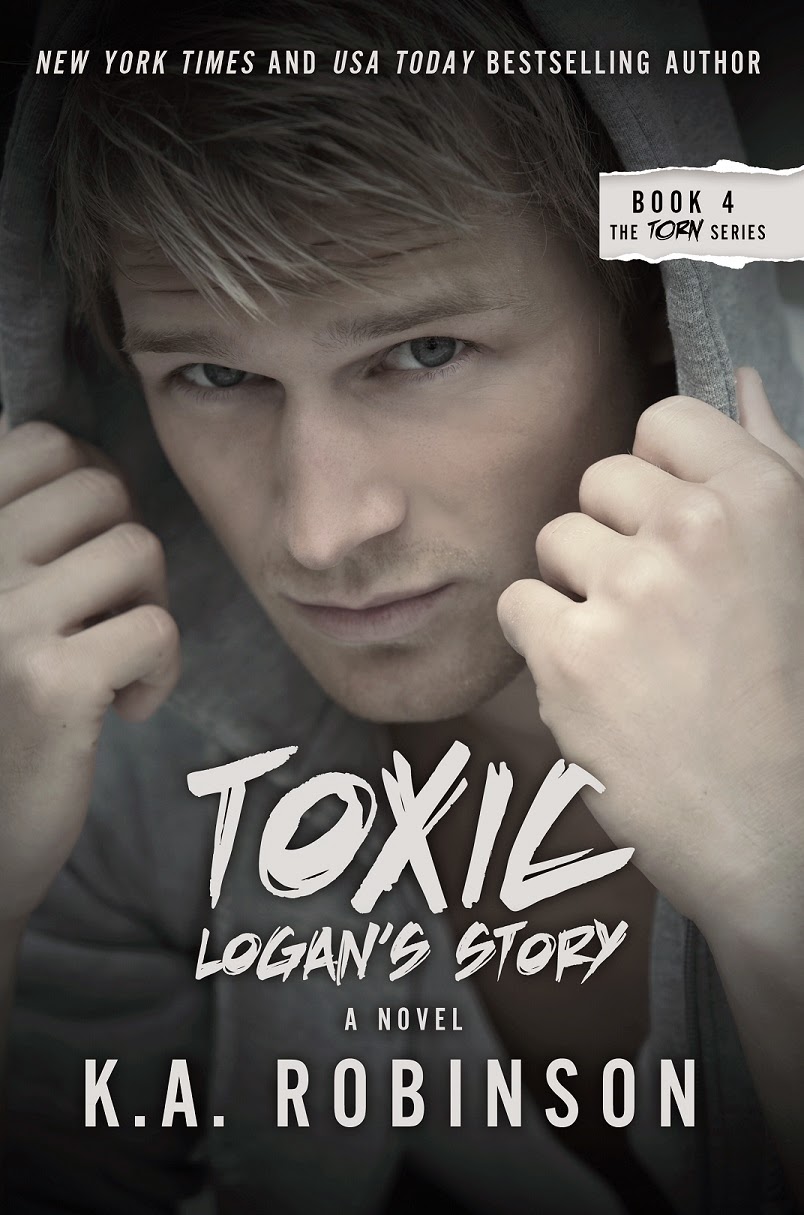 ***Toxic: Logan's Story is Book Four of the Torn Series, but it can be read as a standalone if desired.***
True love is forever. After years of chasing his best friend, Chloe, Logan finally managed to win her heart—or so he thought. His world crashes down around him when she confesses to cheating on him with a local rock star, Drake. Unable to let her go completely from his life, Logan reassumes his role of best friend while he watches Chloe find her happily ever after with another man. Each day, he sinks further and further into his depression, and the kind, caring Logan he once was dies. When Jade, a member of Drake’s band, inserts herself into his life, Logan never expects to fall for her. He’s too broken, too damaged.
Jade ran away from home when she was seventeen, desperate to escape her abusive stepfather and her controlling boyfriend, Mikey. The only regret she has is that she left behind her little sister, Bethaney. When Jade’s band, Breaking the Hunger, hits it big, she vows to go back to her hometown not only to reconnect with her little sister, but also to show her stepfather that she’s not worthless like he said.
The moment Jade saw Logan, she knew she wanted him. Unfortunately, he was with Chloe at the time. After his world falls apart, Jade steps in to comfort him, determined to bring back the Logan she once knew.
Sometimes, you find true love with the person you never least expect. Can Logan and Jade heal each other? Or will they forever be changed by their toxic pasts?

OMG! What a twists! I LOVE IT! I was okay with Drake&Chloe before this book but now I'm now really sure.Let's stop before I explain why. Okay I love Jade. She's not your average girl and that is the way I like it and I think she suits Logan more than Chloe.Now Let's continue;
I was really sad for Logan because he was dumped by Chloe for Drake...that's really sad for sure. You know when you read a book about rockstar's you kind of expect things and Torn&Twisted&Tainted have this. But Toxic has a unique story. there was cheating!
There was Anger! There was sadness! There was LOGAN. Also there was healing and there was finding true love...


The one person I'd thought would never hurt me was the one who had ripped my heart to pieces.

God! I don't wanna feeling! But I'm feeling! Damn it!
I'm not gonna say anything about Jade's Pov but I liked when started.
It was really heart broken to reading Logan's Pov. But when started to change direction of his mind to Only Jade... I F*CKING LOVE IT!

Chloe quickly turned away from us and headed across the parking lot to her car before either of us could say anything. We watched in silence as she pulled out of the parking lot and disappeared around the corner. Once she was out of sight, I turned my attention back to Drake.
“You destroyed everything!” I shouted at him.
“Fuck this. I’m going back inside. As much fun as it would be to watch you two idiots beat the shit out of each other, it’s cold out here,” Adam muttered as he turned and walked back to the bar.
Eric and Jade watched us for a second before turning and following him. I didn’t miss the pity in Jade’s eyes, but I ignored it. I didn’t want anyone to feel pity for me.
“You think I don’t know that, asshole?” Drake said as he glared at me. “I know this is my fault.”
“Then, why did you do it?” I shouted.
“Because I love her!” he shouted back, stopping me in my tracks.
Of all the responses I’d expected, that wasn’t one of them. Drake used women. He didn’t love them.
“You what?” I asked incredulously.
“I love her. I’ve tried to ignore it—believe me, I’ve tried—but I can’t. I love her, and I don’t know what the fuck to do about it.”
“You’re incapable of love, Drake. I’ve watched you screw every woman in sight for months!”
“I haven’t touched another woman since I figured out how I felt about Chloe. I wouldn’t do that to her.” 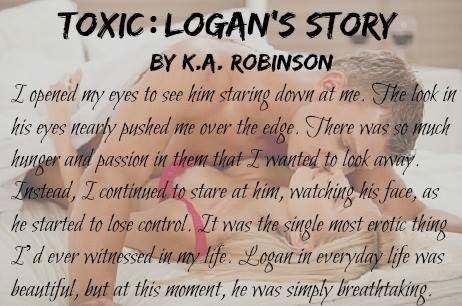 K.A. Robinson is the New York Times and USA Today Best Selling Author of The Torn Series and The Ties Series. She lives in a small town in West Virginia with her husband and toddler son. When she isn't writing, she is reading or listening to rock music.
Facebook:
www.facebook.com/karobinson13
Twitter:
@karobinsonautho
Website:
www.authorkarobinson.blogspot.com
Mailing list:
http://bit.ly/18Ec6X7