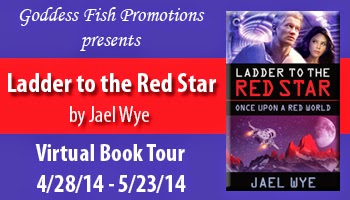 Jael will be awarding a digital copy of Ice Red to a randomly drawn commenter during the tour.

Once upon a ruined Earth 300 years in the future... 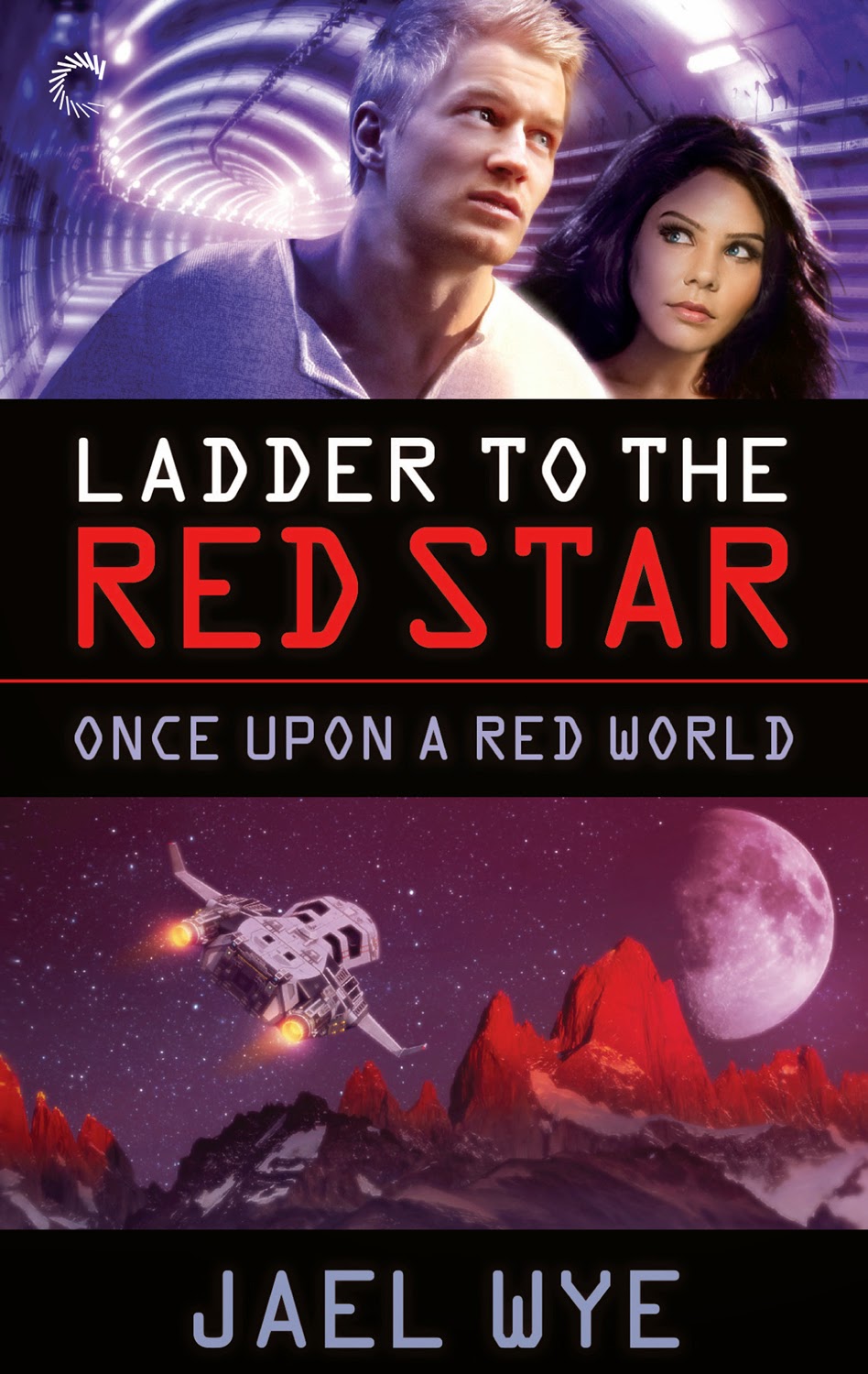 Jacques Tallinn, biotech smuggler and thief, is after the cure for a brain disorder he's suffered since childhood--a disorder inflicted by a powerful tyrant. To get the cure, Jacques will need to climb the space elevator to the new Zenith space station hovering above Earth and go undercover in the lab where it's produced.

Martian head tech Devi Chandra is immediately intrigued by her sexy new lab assistant. Though she insists on keeping things professional, she finds herself charmed by Jacques. Until he betrays her trust, kidnapping her and spiriting her off to Earth.

All Jacques needed to do was steal the biotech and get back home. But when things go wrong, he can't bring himself to leave Devi behind. Now she's injured and a simple caper has become an intergalactic cause, endangering his life and the lives of millions of others. But the hardest part? Winning back Devi's trust.

Dev knew men, knew them in and out, from their social affectations down to their cellular structures, and she knew something was wrong with this particular man. The cold watchfulness in his eyes, the overly careful positioning of his body nagged at her, told her not to be deceived by his apparent beauty and virility.

Naturally, she had looked up all his Delpin-Kurtz records the second his back was turned, but nothing in them gave her any clues to this mystery. James’s biography told of a modestly successful career and an uneventful life.

But then, there was the look on his face when he stared down at Kurtz in the lab, the raw hatred he so quickly and carefully hid. That look, his body language, the scars on his arms…put it together, and it told a completely different story. But what was it?

And how would a midlevel med tech know a way to send secret communications to her mother?

There were deep and dangerous currents running beneath the surface of this situation, and Dev was helpless not to want to test them.

She stopped a few paces away from him. Without turning, he said, “I wondered if you were coming.”

She smiled. “How could I not? We made an agreement.”

He turned toward her then, and the hungry, desperate look in his eyes, combined with the uncertain grasp of his fingers on the railing, told Dev that she was caught, like she had never been caught before.

Science fiction movies, taken as a whole, are a rather mixed lot. Some, like 2001 can be great works of art. Some, like Star Trek: Wrath of Khan can be great entertainment. And then there are movies like Plan 9 From Outer Space, a fathomless black hole of awfulness from which neither light, mass, nor hope can escape.

When I began to write my new science fiction romance novel Ladder to the Red Star, I took a lot of my inspiration from scifi movies and television—though just the good ones, hopefully. I tried to adapt cinematic elements like the sharp cuts between scenes, the wide scope of description for the setting, and the choreography of the action sequences to my narrative. In visual terms, I drew on movies like Gravity, which presents its science and space adventure in a highly plausible manner. I styled all my own fictional technology on ideas that are actually possible according to the laws of physics. However, when it comes to plotting and characterization, nothing can beat an authentic space opera like Star Wars for dramatic flair and romance. The exuberant hero’s journey, the terrifying villain, and the beautiful yet powerful princess all have a place in my book.

Star Wars and Star Trek will always be my scifi touchstones, even though light sabers and transport beams are never going to exist. (Sorry.) But though the best scifi films are truly inspiring, I still have a place in my heart for the mediocrities like Mission to Mars and Lost in Space. Even bad scifi movies sometimes reveal insights about the genre’s important themes—the fear and the awe our powerful technology inspires in us, the suspicion of alien people and the impulse to communicate with them anyway, and the wonder of the cosmos and the grand desire to explore it and make it our own.

Even Plan 9 From Outer Space… Never mind. There is no hidden theme that can make that movie redeemable. Trust me. So what are your most, or least, favorite scifi movies? Jael Wye grew up on the American Great Plains, went to school in the Midwest, and now lives in beautiful New England with her family and her enormous collection of houseplants. For more of Jael’s unique blend of futurism and fairy tale, don’t miss her ongoing series Once Upon A Red World.