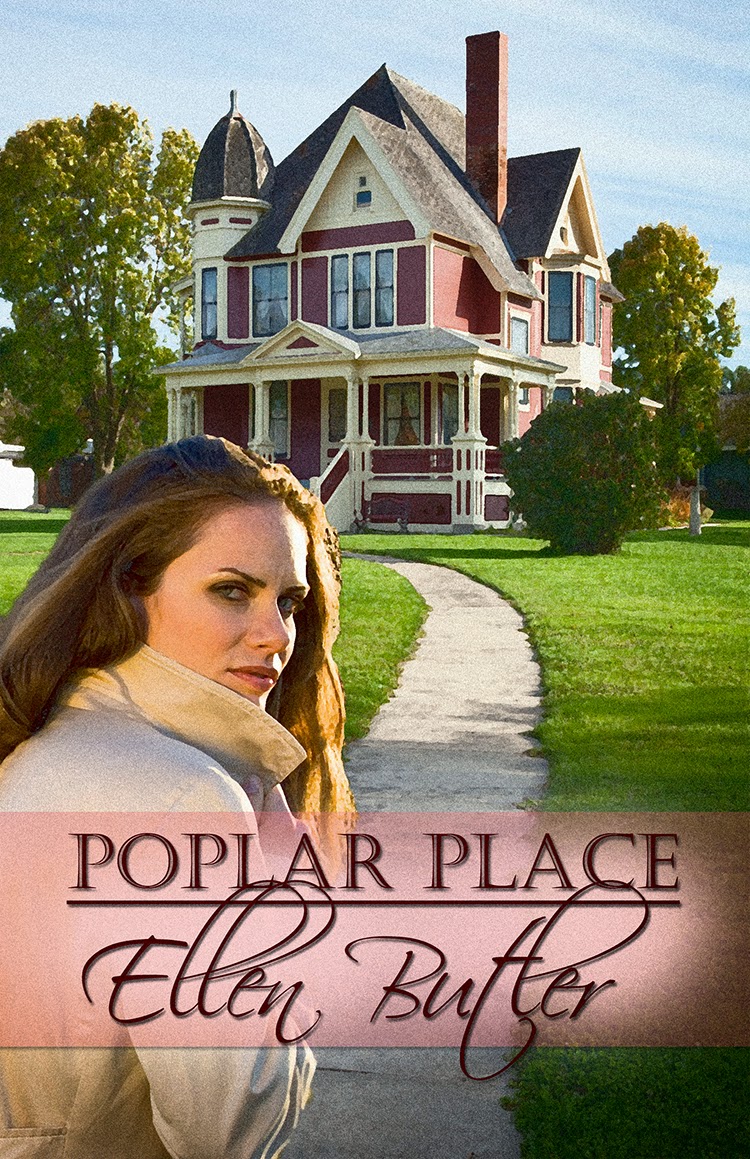 
Blurb
Newly minted librarian, Cara Baker, effectively cuts ties with her tumultuous life in Pittsburgh, and moves to South Carolina where she embraces the peaceful, laid-back style of small town living. Everything seems to be falling into place when Cara finds the perfect house to round out her new plans. Well… perfect except for the immovable hermit living on the top floor. She throws caution to the wind, and buys the fabulous house—hermit and all—without meeting him. By wooing her reclusive renter with notes and mouthwatering meals, he caves and invites her up to the apartment. Preconceived notions are blown out of the water, when she finds Danny isn’t the nerdy Mr. Mole she envisioned.
Unfortunately, FBI phone calls from her past bring Cara’s summer idle to an abrupt halt. Will demons from a former life destroy Cara’s tranquility?

I mean I loved Ellen's debut novel but second one,Poplar place is INCREDIBLE! She did such a perfect on this novel. I fell in love the story so much I couldn't keep away from my head,literally!

Poplar place,the story of Cara and Danny's. Well mostly Cara's.
Cara want to buy the house of the Poplar place. And she want it so much. But there's a problem. House's have a renter. And He's a weirdo who doesn't go out outside the apartment. Even a weirdo renter she wants to buy the house and she bought it..with a renter.
They started the flirting with letters first but Danny wants to meet her after a time. He wan't looked like she imagined. Actually he was not too short or has a bald. He has a Dirty Blond hair and greeny eyes.
I think Poplar place has an unusual romance. It was easy-quick read. I enjoyed the whole Sixth-sense  and FBI thing.

I resigned myself to returning the FBI phone calls. I couldn’t put it off any longer. Both Bryant and Hutchins had left phone messages again yesterday, and their persistence made me nervous. Rolling out of bed, I shuffled downstairs to start the coffee, my liquid courage. I drank half a cup and dialed. Hutchins didn’t answer. I braced myself and dialed Special Agent Bryant.
“Bryant.”
“It’s Cara Baker.”
“Listen, I have some news. The U.S. Marshals have lost contact with Tony Rizolli.”
I paused to digest this.
“Cara?”
“You must be joking! How the hell did that happen?”
“His tracking anklet was cut, and he disappeared.”
“Do they think he’s been whacked?”
“They’re not sure.”
“Why are you calling me? You do realize I no longer work for the DA’s office.”
“Yes, we know that.”
Exasperated I asked, “Then why are you calling to tell me this? Not much I can do.”
“I’m concerned about your safety. Tony bore a lot of hostility toward you.”
“The FBI’s concerned, or you’re concerned?”
“I’m concerned.” He stated matter-of-factly.
“What does the FBI think?”
“The FBI thinks there’s a leak in the Marshals’ office and Rizolli’s six feet under.”
“Why does Tony have so much animosity toward me? He walked into a shiny new life provided by the American taxpayers.”
“The money.”
I took a moment, rubbing a hand across my eyes. “What does he know?”
“We’re not sure. I think one of the pencil pushers at the Marshals’ office told him about the Cayman accounts during relocation. There was very little legitimate money he could take into the program. He wasn’t happy about it.”
I sucked in a breath. “Agent Bryant….”
“Call me Tom.”
“Tom, what exactly are you worried about?”
“If Rizolli isn’t sleeping with the fish, he’s a loose cannon. I don’t trust him. You may be in danger.”
“And?”
“And you need to watch your back. Call me or Hutchins if you see anything suspicious. I mean anything out of the ordinary. If you see a strange car in the neighborhood, get the plates and call me.”
“I’ll take that under advisement, Agent Bryant. What about Denise?”
“She’s covered. I’ve called in some favors.”
“Fine. Please let me know if anything new develops.” 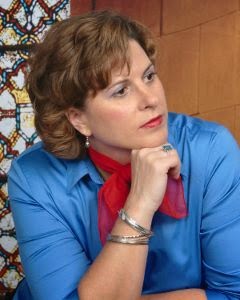 Ellen Butler lives in the Virginia suburbs of Washington, DC, and she considers herself an old-new writer. In other words, she’s old to writing, new to novel writing. She holds a Master’s Degree in Public Administration and Policy, and her history includes a long list of writing and editing for dry but illuminating professional newsletters, and windy papers on public policy. The leap to novel writing was simply a creative outlet for Ellen’s over active and romantic imagination to run wild.
You can find Ellen’s debut release, Second Chance Christmas, at Amazon. Professionally, she belongs to the Virginia Writer’s Club, the Northern Virginia Writer’s Club, and is a founding member of the Tempting Romance blog. When she’s not writing, Ellen is either, running around after her children, decorating a neighbor’s house, or holed up in her favorite lounge chair reading. Ellen is an admitted chocoholic and confesses to a penchant for shoe shopping. Book club questions for Ellen’s novels can be found on her website.
Website: www.ellenbutler.net
Facebook: https://www.facebook.com/EllenButlerBooks
Blog: http://temptingromance.blogspot.com/
Goodreads: https://www.goodreads.com/author/show/7377203.Ellen_Butler

ENTER TO WIN UP TO $100 IN LIA SOPHIA JEWELRY – WINNER’S CHOICE!
a Rafflecopter giveaway