Theo’s sole purpose for the last ninety-eight years was to protect his wolf. That changed the moment he met Drew and the wolf called ‘Mate’.


Carrying the soul of an extinct wolf alongside your own isn’t easy. Swapping into said wolf is even harder. Ask Theo Grey—he’s been doing it for ninety-eight years. Yet, after surviving two world wars, witnessing the space race and patiently enduring the eighties, you’d think he’d have seen it all, but nothing could have prepared him for meeting Tofino’s new vet, Drew O’Bannion and according to the wolf, his mate. 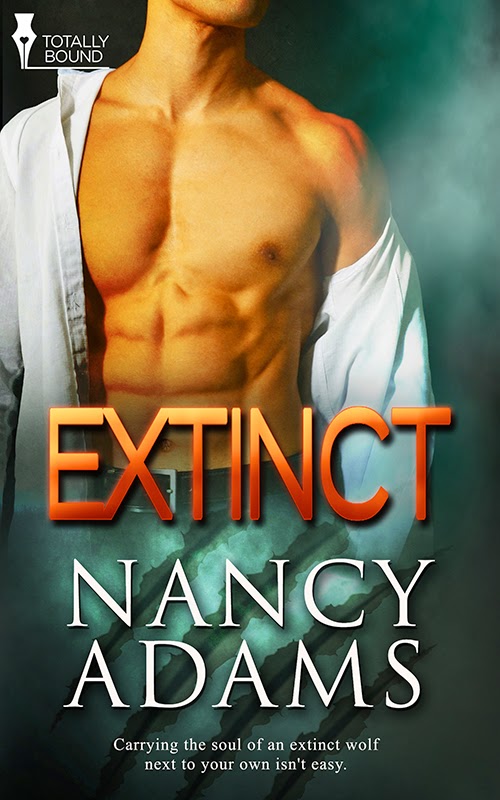 Drew loves her dog, sleeping in and coffee. She also loves being a vet. The main reason behind her accepting the veterinarian practice offered to her from a family friend. Hoping for a slower pace at life Tofino seemed the ideal spot. What she didn’t expect was Officer Theo Grey. Theo is tall, dark and drop dead gorgeous, a definite 10 on the ‘wow’ scale. Regardless of his looks, there is more to Theo, there is her unexpected attraction for him. It’s unnerving and completely out of character for her, but she is able to match Theo’s hungry kiss, for hungry kiss.

With their desire growing at an alarming rate and the threat of an unknown shooter roaming the woods of the coastal town, Theo must face the ultimate decision—let Drew go for her own safety or claim his mate for all time.

Reader Advisory: This story contains scenes of violence and threats of non-consensual sex.


“You want her too,” Tom pointed out.


“Well, can you blame me? Look at her.” He swiped his hand down his face. Her scent still clung to his skin. “What man wouldn’t want her? Jesus, Ben hasn’t stopped talking about her, the guys at the station keep talking about her. Everybody is talking about her. Angus told me she was a looker, but I had no idea she would affect me or the wolf like this.”


“Annoyed because people are looking at her and talking about her?”


Theo rubbed the back of his neck. “No.”


Tom placed his coffee down and sighed. “You’re an idiot.”


“You know very well that wolves don’t pick a mate based on beauty. There’s a deeper connection, it’s like a psychic link between the two. The wolf is picking up this link, and by your behavior, you are too, you just don’t recognize it for what it truly is. You’re thinking too much like a human.”


“That’s because I am human.” Theo tugged his cap back on.


“You stopped being a normal human the moment the wolf joined with you. You are so much more.”


Tom pushed away from the desk and stepped in front of him. “If the wolf claims Drew as your mate then maybe it would be worth looking into. Besides, with all the whispers and googly eyes, she wants you too.”


Oh, he already knew that Drew wanted him, and it was more than the blushes and googly eyes—he could smell it on her. Her desire had flared the second he had looked at her standing on the dock. Sure, it had mixed with her unreasonable fear of traveling in the inflatable, but it had been there nonetheless, filling his head, making his muscles tight.
As much as he wanted Drew, there was no way in hell that it could go on for long. The longer he was ‘with’ her, the greater the risk became for him. His life, the wolf’s life, could become endangered if she was to see what he really was. An image of Drew popped into his head and he cringed when he imagined her pretty face turning into a mask of horror when she saw him swap.


“Drew no afraid on beach,” the wolf reminded. 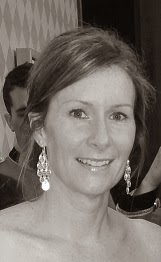 My name is Nancy Adams. I am a full-blooded Canadian, right down to the maple syrup running though my veins. I enjoy watching hockey but despise skating...and the cold. I enjoy a good helping of Tourtiere with a side of Poutine as much as the next person, yet I am only bilingual when it comes to swear words.Besides writing, I have three small - but legal - addictions: bed linens, lavender and books. All of which are replenished on a regular basis. Reading into the wee hours of the morning is one of my many bad habits, next to spontaneously rearranging furniture and randomly painting rooms in my house.