Spotlight : The Unwanted by Jeffrey Ricker 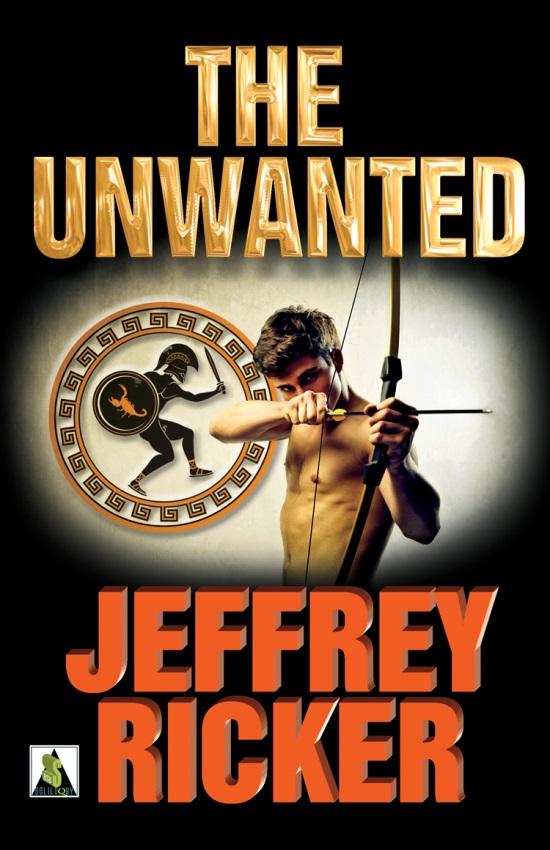 Jamie Thomas has enough trouble on his hands trying to get through junior year of high school without being pulverized by Billy Stratton, his bully and tormentor. But the mother he was always told was dead is actually alive—and she’s an Amazon!

Sixteen years after she left him on his father’s doorstep, she’s back and needs Jamie’s help. A curse has caused the ancient tribe of warrior women to give birth to nothing but boys, dooming them to extinction—until prophecy reveals that salvation lies with one of the offspring they abandoned.

Putting his life on the line, Jamie must find the courage to confront the wrath of an angry god to save a society that rejected him.

Excerpt from Chapter One

The house was empty. No big surprise there: Dad never got home before me. When I checked my nose in the bathroom mirror, it was starting to swell up and look like someone had painted purple under my skin. I didn’t think it was broken, but no one had ever punched me in the face before, so what did I know?
At that moment, I knew three things. I didn’t want to explain my nose to my dad when he eventually got home. I probably needed to put ice on it. And I didn’t want to go to school tomorrow.
In the kitchen, I filled a towel with ice. As I tilted my head back and lifted the towel to my nose, a flash of white darted past the sliding glass door overlooking the backyard. Our yard was fenced, so no one should have been back there. By this point, thanks to the almost-daily antagonism from Billy, it was in my nature to see every unexpected or unexplained thing as a possible threat. It seemed foolish, but I grabbed a knife from the butcher block before I opened the door and peered out.
I was lucky I didn’t stab myself in the foot when I dropped the knife. A white horse, its head lowered to the ground as it searched for bits of grass to its liking, ambled slowly across the yard. When it heard the knife clatter, it looked up and stared right at me, blinked its glossy black eyes—
—and shook its wings.
I was glad no one was around to hear me, because I screamed like a girl. My first thought—well, my second thought, right after Oh my God there’s a horse with wings in our yard—was that Billy must have given me a concussion when he hit me and knocked me down. I looked away, shook my head, and blinked a couple times.
When I looked back, the horse was still there. It had folded up its wings and gone back to browsing the lawn.
“Richard, is that you?”
The voice, a woman’s, came from upstairs. It was followed by a clanking noise, like someone rattling pots and pans. I picked up the knife again and slid the door shut as quietly as possible.
“Richard?” she called again, then, in a more threatening tone, “Is someone down there?”
She started coming down the stairs. Pressing my back to the wall, I inched out of the kitchen and into the dining room. I watched the kitchen doorway, wondering who this woman was and how she knew my father…and what was all the clanking about? When it appeared she hadn’t followed me from the kitchen to the dining room, I turned around and prepared to make a run for the front door.
She was standing right behind me.
I screamed, again. Like a girl, again. (What? She scared the hell out of me.)
She also snatched my wrist and twisted the knife out of my grasp before I remembered I was holding it. Then she put her hands on my shoulders to keep me from running headlong into her chest, which was covered in a bronze piece of armor that made her look like Xena, Warrior Princess.
“Oh, it’s you,” she said—not in a dismissive tone, the way that sort of thing is usually said (at least to me), but more in a sense of wonder, as if I were the last person she expected to see. She put a hand under my chin, gently, which I didn’t expect since she wore a sword at her waist. “You’re so…” Her voice trailed off as she took in all of me. “Short.”
Short? I’d never seen this woman before and she was calling me short? Admittedly, she looked taller than my dad, even, maybe by a couple inches. Before I could protest, she turned my chin left, then right, inspecting my face.
“You’ve been in a fight, haven’t you?” She smiled, and it seemed like a smile of admiration, like being in a fight was a good thing.
I batted her hand aside and backed away. “Who are you?”
She frowned. “Didn’t your father tell you anything about me?”
“Tell me what?”
Before she could answer, the doorbell rang. In an instant, everything about her changed. Her expression hardened as she whipped around toward the door. She’d drawn her sword without my even noticing, and now she crept toward the foyer. Her steps were so light I didn’t even hear her armor clank.
The doorbell rang again, sounding far away to me, like a dream. I started to ask her what she was doing—hadn’t she ever heard a doorbell before? Why was this clearly crazy woman in our house? And why did she know my dad? But she silenced me with a gesture.
This time, instead of the doorbell, there was a knock.
“Jamie?” It was Sarah. “Are you home?”
“Who is she?” the Xena wannabe asked.
“Who is she? Who are you?”
She lowered her sword for a moment and looked at me as if I were asking a stupid question. “He really never told you anything about me, did he?”
“Tell me what?”
Her face softened, neither stony nor angry, but sad.
“I’m your mother.”