Last week I made an interview with a sweet man, Lee DeBourg. Check Out;


Lee Debourg: I, thank you for the opportunity to meet your readers, and discuss my recent entry to the literary world.

1) Hi, Lee we want to know you. Can you tell us somethings about you?
I reside in Michigan, USA, where I have lived all my life. We are surrounded by the Great Lakes of North America.


Somehow, I find that I am in my fifties now, though I still can't believe this fact. Interests are many and eclectic, including a variety of music. I purchased my first laptop in September of 2013, taught myself to type, and am having a fantastic time exploring the Virtual World.


Among so many daily activities, I help my spouse with her academic work as she pursues her PhD.My role is to proofread/edit her writings for submission. This I do with love, as English is her third language.Next week will be our thirteenth anniversary, and I still find it amazing that she took up with me even though we have a twenty year age difference.

2) Concurrent Relationships is the name of your first novel. Why did you came up with this name?What was the idea behind the book? 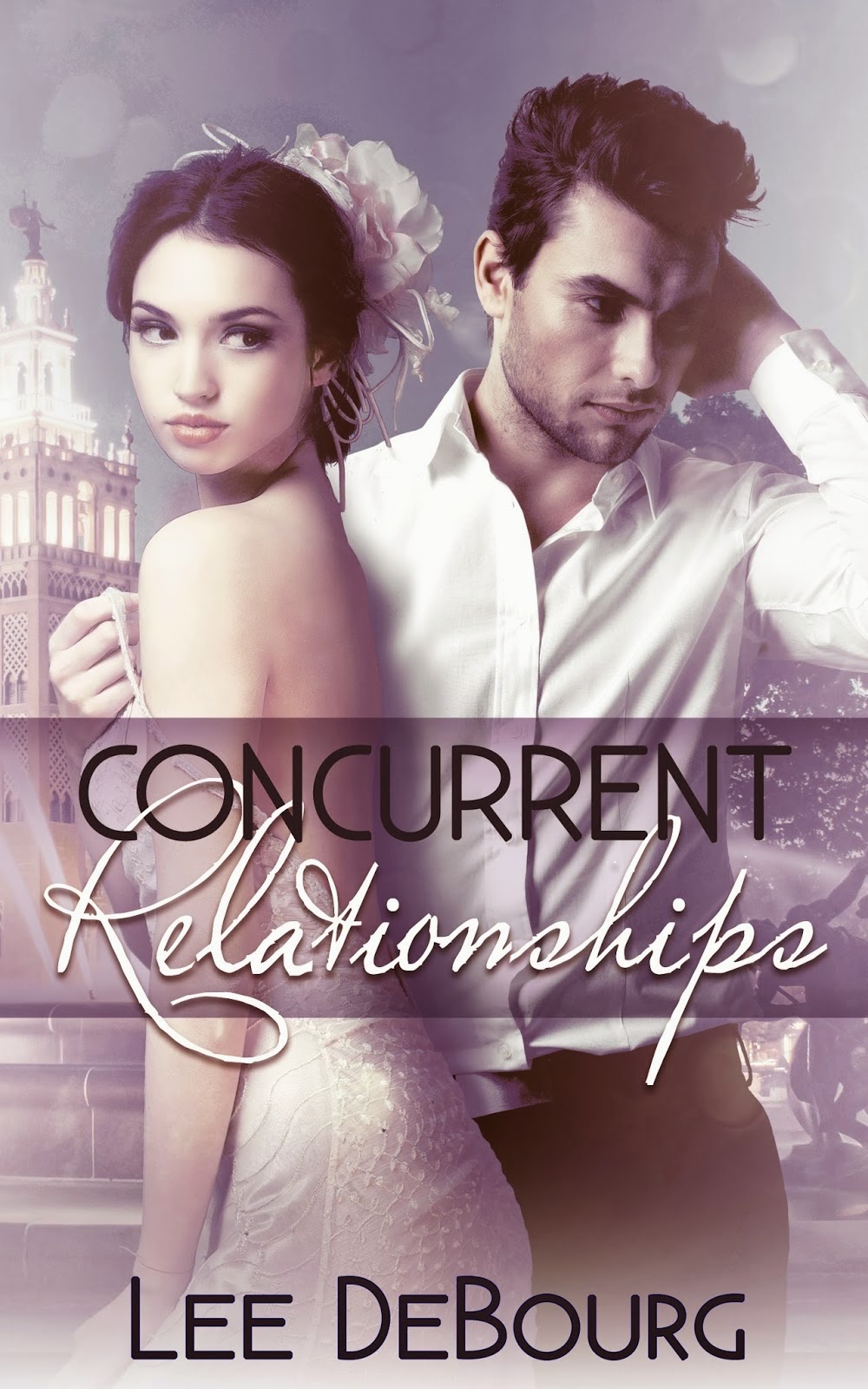 My premise is there are no new stories under the sun, as they have all been written before .For reference check the mythologies of all cultures,The Bible, little billy shakespeare and many other sources.


Therefore, a contemporary author is writing current status and circumstance, with the storyline itself arising from previous human experience.
There were two ideas behind creation of my debut:
A) I wanted to address male/female interaction from a male Point of View, concentrating on relationship development as opposed to strict Romance.Believe it or not, guys actually do consider such matters aside from the strictly romantic/sexual. I have seen very little writing of this nature, so it seemed a niche rife for exploration.


B) I have always been infatuated with the Greek Goddess Aphrodite, specifically her two attributed personalities, Ourania and Pandemos. What if I placed a male Main Character at center stage, with an extreme example of both Ourania(Gina) and Pandemos(Beth Ann) playing upon the stage? How does that work in a modern setting, in this case middle-America during the 1980's?


The Main character Frank is an average sort of guy. He was raised correctly. He respects people, works hard, lives a good life. He knows enough to button up a clean shirt before leaving the house, and has no desire to act wild and out of control.


He looks for a worthy young woman to love and cherish for a lifetime. Such a quest should not be so difficult...
The love of Frank's life, Ourania, leaves him. The one,Pandemos, who is crazy about Frank, is not acceptable at all, though she won't accept 'NO!' and continues appearing, unbidden.Each is in and out of his life, over a decade, hence the title Concurrent Relationships.


Frank finds his Happily Ever After. This event does not conform to standard Romance formats.This ending has caused confusion for a couple reviewers,who expected a standard resolution.
The novel is about Frank, not Ourania or Pandemos.

3) You are an author. I'm assuming that you're reading books. How much you could read in a year?
In years past, I read constantly. While writing, e-pubbing/promoting over the past three years I have not read much.
Reading in a year is difficult to calculate. I process information at my job everyday,write, communicate, proofread PhD material, and now internet activity/promotion.    I always have something open in front of me.Fiction, not so much these past three years, except for the two worlds I've created.

4)What's your expectation about being an author?

The original goal was to create a work of information/entertainment,  interesting to one other human being. I believe this goal has been met.
Sales have not been encouraging thus far. In April I will upload through the Smashwords portal, so the debut will be more easily available.


With two novels finished, I would like to begin work on a third, but have not started yet.

5)Are you hanging out in any social media? Which ones you're using mostly?
My social Media presence is not what it should be. I really began the first week of December 2013. At this moment I have 248 friends at Goodreads, 227 at Facebook, and 340 at Twitter.I need to become more involved in groups at these locations.


Most of my social attention has gone toward trying to attract reviews for my debut. I have sent out over 130 files to various reviewers.  I have 12 ratings posted at Goodreads.

6)What's your all time Best/Worst Book?
Catch 22, absolute top fiction read, describing the insanity of organizations.
Worst reads have been several, where I threw the book into the trash, unfinished. I won't flame anyone by name...after all, I did not finish their nonsense.

7)I'm writing stories on my own since I was a child. Can you give advice like me and other eager's?

Live a life, keep your eyes open, listen to the stories of others, do not be arrogant by thinking of yourself as original,beg/borrow/steal insight from others...the listing is endless.Your task is to develop Story, making it comprehensible to others.


My personal bias is against excess Craft. Writing Craft is required to present Story, which is paramount for the Reader(who is the most important part of the equation). If a book is more Craft than Story, that book will flounder badly(get thrown into the trash,etc.).

8)Do you have/had an another job besides being an author?
I grew up on a farm, acquired a degree in Sociology, and have worked techie jobs.For the past twenty years I have worked for a small company making advanced Electrical stuff, with a worldwide customer base.On a daily basis it is not unusual to hear 3-4 languages aside from English spoken as customers and suppliers continually visit us.


I have written two novels in about two and a half years, using legal tablets and many ink pens. I hired someone to type the manuscripts. During that time I was working 55-60 hours per week, as well as living a normal life.Occasionally I hear of others who do not have the time to write. This comment causes me to roll my eyes. If you want to write, you can do so.

9)Your family and friends what are they talking about you,being an author?
There are interesting comments, such as "Aren't you finished yet?", "When are you going to be a Best-Seller?", "Oh, you've finished a second? That's nice."

10)It was so lovely to talking with you. Is there a something you want to add?

Concurrent Relationships is a story of relationships leading to an HEA for the male MC. It is romance, from a Male POV.
My next novel, Young, Only Once, is a more straightforward Romance from a Male POV. It is the story of a young man finishing his final year of college, while working as a bartender at a ski resort. The book will be released in April.


I believe my stories hold a universal appeal. to others outside of North America.I eagerly seek feedback from those outside of my country.
To that end my first reviews are from locations such as India, Istanbul, Brazil, Canada, Argentina, Macedonia and The Philippines.