Kate Jackson is listlessly floating through her life having no idea what or who she wants to be and burdened by the pains of her past. That is until she meets Derrick Kane.

A whirlwind romance leads Kate to believe that Derrick is the answer to all her questions and the patch to heal all her wounds.

Derrick and Kate’s love is quickly tested as a shocking crime forces Kate to have to figure out how to take care of herself and leads her into a mystery that only Kate has the key to solve.

Can she catch an extremely dangerous criminal and keep the love between Derrick and her alive? Find out the conclusion of this thrilling crime drama and contemporary romance in the following books of The Photographer Trilogy. 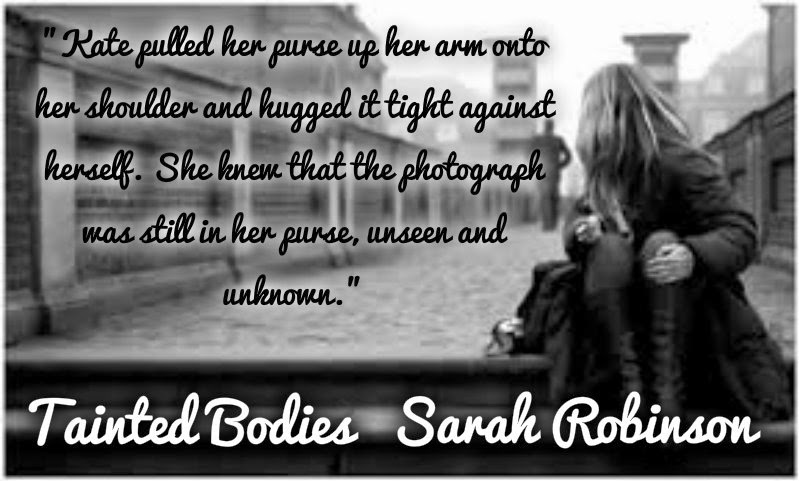 Kate Jackson stepped onto the metro car
around 8am, heading for work in her usual
morning routine on a crisp Thursday
morning. She had been working in a sales
position for a large company that sold
office furniture to companies all over the
country for quite some time even though it
was unrelated to what she had gone to
school for. She had graduated in the top
ten percent of her class from the University
of Maryland with a psychology degree, so
sales was not her dream job, but at least it
was a job.

The metro car roughly slammed from side
to side as Kate held onto the railing above
her and tried not to fall on the people
around her. It was not proving to be the
simplest task.

Probably not the best day to have worn
these heels, she thought, as she warily
watched the homeless man behind her
eyeing her rear end. Finally, the operator
announced her stop and Kate fought her
way for the doors before they closed, as
everyone else on the car seemed to be
doing the same thing in fifteen different
directions. Squeezing through, she slid past
the crowd and snaked her way to the
escalators, then up and out of the ground,
onto the street.

She never looked forward to going to
work in the mornings even though she
appreciated the pay check. The tough
economy had made the job market cut
throat and Kate felt lucky to at least have
found anything to pay her bills. She had
been gifted the job from a friend of her late
father, who pitied her situation and owned
the company. Lenny had become a great
father figure for her and her sister since
their father had passed away and had
helped them out of many difficult situations
over the year.

Sighing, Kate spotted her favorite
hole-in-the-wall coffee shop, and looking
at her watch, she decided to reward

herself for her timing by stopping in for a
tall vanilla latte. She opened the door to be
greeted by the delicious smell of coffee
beans and her favorite smiling barista. The
Java Jolt was a morning must-have for her
and she felt her spirit lifting every time she
walked through those front doors.

“Miss Kate, good to see you this
morning, would you like your
usual?” asked Jimmy, a high-school
student whose favorite days at work are
the days that Kate comes in.

Kate was always surprised at the attention
she received from men regarding her
looks. At five foot six inches, she
wasn’t particularly tall. She was far
from stick thin, instead probably a few
pounds over what she should be. She had
dark brown, curly hair that hung all the
way down her back and jumped about in
any way it pleased, regardless of what she
wanted.

Her pale skin contrasted her dark, piercing
brown eyes, brunette hair color, and ruby
red lips causing an almost doll-like look to
her. She dressed simply but professionally,
going for comfort more than glamour for
the most part, if you didn’t count her
high heel shoes. But even with her striking
features, Kate often thought of herself as
plain and which made her oblivious to the
hints and attempts at flirting from the young
barista.

“Thank you, Jimmy, yes
please.” Kate smiles at him.

“ Jimmy, add a large brewed coffee,
two creams, and one sugar to that vanilla
latte order,” said a deep voice
behind her.

Kate whirled around to see the face that
belonged to that deep voice and was
struck by the tall, handsome grin staring
back at her.

“Excuse me? Do I know
you?” Kate asked, defiantly,
stomping her foot on the ground in an
attempt to look more confident.

“Well you should, if you are
planning on buying me a drink, or do you
just make a habit of buying strange men
their coffee?” The tall man jokingly
smiled at her. 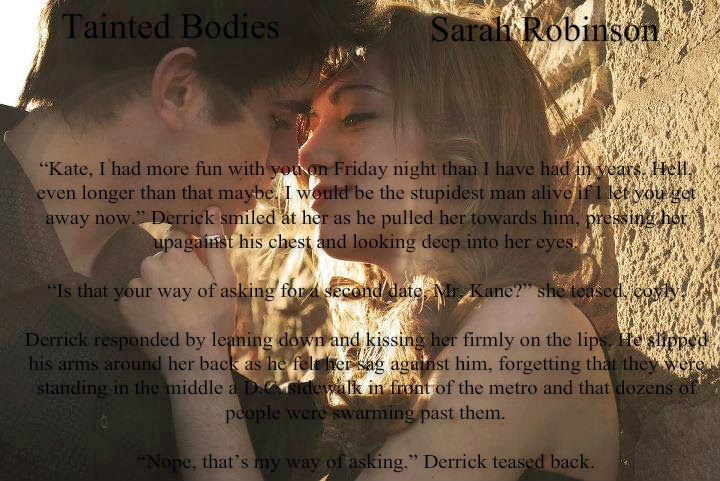 Derrick woke up with a start and looked
around, unsure of where he was and trying
to see in the dark. It only took him a few
moments to remember that he was at
Kate’s apartment in her bed and it
was the middle of the night. He
wasn’t sure what had woken him,
maybe a dream or a sound? He felt uneasy
though, like something was off.

He saw that Kate was still fast asleep next
to him. She was laying on her side facing
away from him and the sheet was draped
over her hip, leaving the rest of her bare
body exposed. Her pale skin glistened in
the dark as he took in the curves of her
waist and shoulders and then the softness
of her neck as her hair landed on the pillow
behind her.


Derrick was leaning up on his elbows in
bed wide awake and he still didn’t
know why but something in his stomach
felt off. He decided to get up and go to the
bathroom, maybe he had eaten something
wrong. He carefully slid off of the bed,
taking care to not disturb Kate and wake
her up. Derrick headed to the bathroom
down the hallway but he paused, thinking
he saw something in the shadows.

The living room was at the end of the short
hallway and there was some sort of
movement in the shadows cast from over
there. He slowly approached the living
room entrance, looking down at the wood
floors where he saw the unmistakable
shape of a person in the shadows. He
quieted his breathing and tried to calm
himself down, his heartbeat was pounding.

Somebody was in the apartment. Sarah Robinson is a native of the Washington, DC area and has both her Bachelors and Masters Degree in psychology while working as a mental health therapist with poor and homeless populations with severe mental illnesses as well as an advocate for a national cancer research foundation.
Writing has been her hobby since high school and she has been published several times from poetry to short stories. Her blog features her latest poetic accomplishments at http://www.smallvoiceslargehearts.com/.
Sand & Clay was her first full length novel and came out in its second printing, a "holiday edition", in mid-December 2013. Her second book, Tainted Bodies (Part One of The Photographer Trilogy) came out on January 1st, 2014 so make sure to get your copy asap!
Her writing often concentrates on the complexity of love and emotions and the struggles of finding your destined path through life as well as overcoming life's tragedies and misfortunes. Much of her inspirations come from the lovely and spiritual love she shares with her new husband, Justin, and the emotions around falling head over heels in love with your soulmate. She and her new husband are also animal enthusiasts and have 14 pets as well as volunteering with multiple animal shelters and rescues. Her celebrity idol is Ellen Degeneres, she even named one of her dogs after her!
You can find more information on her facebook page 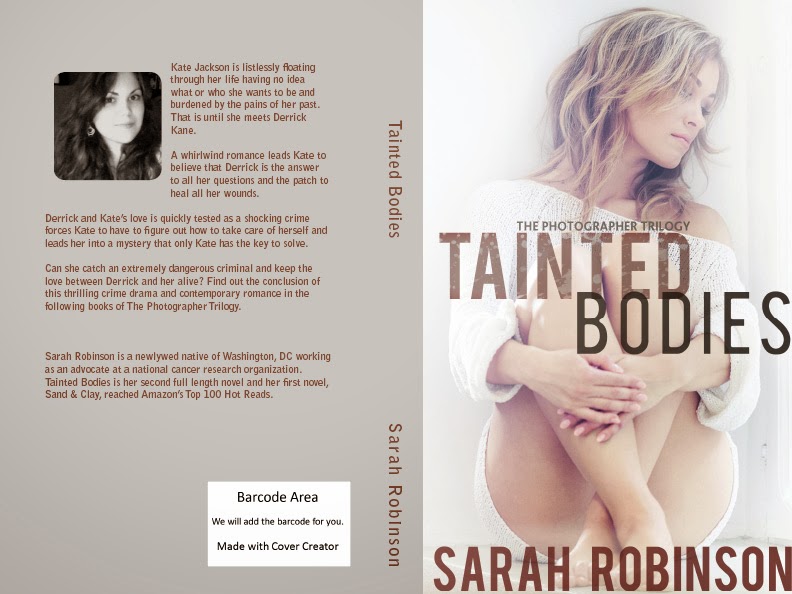