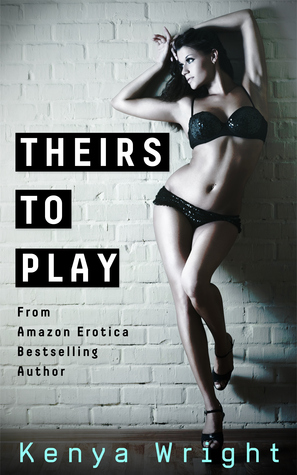 Two billionaire brothers enjoy twisted games where women are the sport. They find a female, date her, and compete to see who can bed her first.
Too bad they picked the wrong one this time. Dawn's too smart for their verbal play and too quick to get trapped by clever ploys.
The more the brothers work to capture her heart, the more they discover she might not be theirs to play.


First Let me say Freddy is A-M-A-Z-I-N-G !!!!!!! I couldn't stop reading his pov's. He's just so smart! Well yes,maybe he play with women so many times,Also he's just like little brother... Max. They are insecure...
But Different is I hate Max.  I still cannot believe he jerk off while watching Dawn and His brother's sex! How shamefully!! I won't say anything about the end but it's first I like a end this... wonder why :) Book opens up with Dawn sitting on the beach reading in preparation for her first year of law school. Billionaire brothers Freddy and Max have been strolling the beach all day in search of their next conquet. They challenge each other to see who can get a girl in bed first.

Dawn is the only one who caught their interest, but she rejects their lame zeal. But when Freddy and Max come clean about their contest, she agrees to go on dates with both merely to prove they are stand-out.

When dealing with these two sexist pigs, I’d hoped to channel some great feminist in the history of women. Someone like Joan of Arc or Virginia Woolf. Sure it seemed a bit much, but this game that I volunteered for was more than us three. This was about lashing back at the theorized alpha male who thought he could do or say anything he wanted just because he had good looks, money, and the stupidity of a swollen ego.
When I walked up the boat’s ramp, I was supposed to appear regal and powerful, courageous and deadly like a lioness. Instead, with all the pretty butterflies swarming around me and stirring up my hair, I looked like a goddamn Disney princess.
And just to add insult to injury, Frederick appeared behind me. “You’re more captivating than Cinderella, right now.”

Fury boiled in my veins. I was hot and ready to bubble over. “Well I’m not Cinderella and you’re no Prince Charming.”

On the center of the ramp, he stepped closer to me. I refused to inch back like a scared little damsel in distress.

But, I probably should have moved away.

Frederick’s masculinity encircled me. It was such a silly thing to think, but it did. His woodsy cologne trapped me to him. The profile of muscles under his thin white shirt kept my focus. The wind picked up as if under his command, raising my dress just a little and brushing soft wisps against my flesh. I shivered.

“Oh no,” he whispered to me like a lover to his devoted. “I’m not Prince Charming. I’m the bad guy that sneaks into the castle when Prince Charming is off singing songs in the woods. I’m the one with the big cock that bends needy Cinderella over. And I’m the one that makes her scream until her throat’s raw and she can’t sing a note.”

“I had no idea Cinderella got so much action.” I slipped away and hurried up the ramp, doing my best to outrun the butterflies and Frederick, who I was now going to call the Big Bad Wolf. 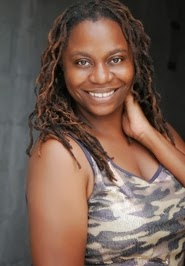 Author Bio
Kenya Wright always knew she would be famous since the ripe old age of six when she sang the Michael Jackson thriller song in her bathroom mirror. She has tried her hand at many things from enlisting in the Navy for six years as a Persian-Farsi linguist to being a nude model at an art university. However, writing has been the only constant love in her life. Will she succeed? Of course. For she has been coined The Urban Fantasy Queen, the Super Iconic Writer of this Age, The Lyrical Genius of Our Generation. Granted, these are all terms coined by her, within the private walls of her bathroom as she still sings the Michael Jackson thriller song. Kenya Wright currently resides in Miami with her three amazing, overactive children, a supportive, gorgeous husband, and three cool black cats that refuse to stop sleeping on Kenya’s head at night.
Website | Twitter | Facebook | Goodreads