Book Blitz : Scream For Me By Cynthia Eden

Blurb:
They were only supposed to have a professional relationship, but FBI agent Kyle McKenzie has been fantasizing about his sexy partner, Cadence Hollow, from the moment they first moment. It takes the darkest case of their careers to finally bring their hidden desire bubbling to the surface. Once they’re in each other’s arms, though, they swear that nothing short of death will part them. The Night Hunter—a cunning stalker whose four-state, fifteen-year abduction spree began in Paradox, Alabama, with Kyle’s sister—may be only too happy to oblige...

In the small town, Kyle must confront the painful past he’s been hiding from Cadence. Kyle vows to put the Hunter behind bars…or in the ground. But the one thing that obsesses Kyle more than his sister’s grim fate—his furious love for Cadence—is the weapon the Hunter will use to lure his pursuers into the mouth of a murderous trap 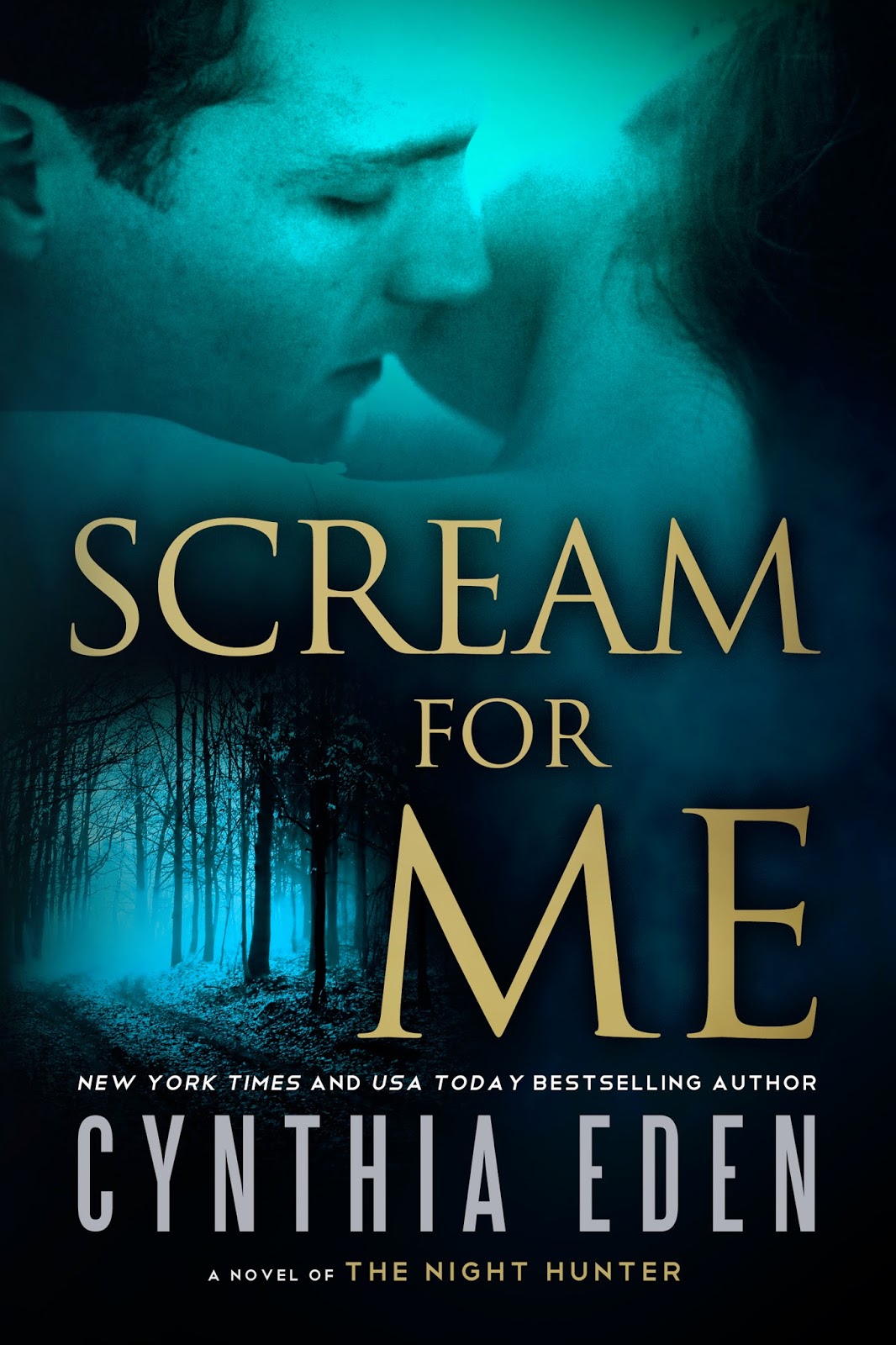 “We can’t do anything else out here,” she said. “Not tonight.”
She was being so careful with him. Too careful.
“Don’t,” he bit out as he stalked toward her. The others weren't close enough to overhear, so he could lower his guard and let some of his fury out.
Cadence shook her head. “Don’t what?”
He wanted to wrap his hands around her. To pull her close.
No, I just want to touch her. To feel her.
“Don’t handle me with your damn kid gloves, Cadence.” The words were snapped. “I’m not some victim you have to coddle.”
He’d rolled up the sleeves of his dress shirt—like that had done much good. He was covered with grime and sweat and plenty of insect bites.
I fucking hate summers in the South.
Insects were chirping all around them, and he’d had to dodge snakes in the bushes for most of the evening.
“I never thought you were a victim.” Cadence turned from him and headed for the car.
She knew he’d follow her. Wasn't he always trailing after her?
Wasn't he the one who always kept the need in check? The desire he damn well knew they both felt.
After today—after this hell—why couldn’t they turn to each other for some comfort and release? Let that desire burst free?
Replace death with pleasure.