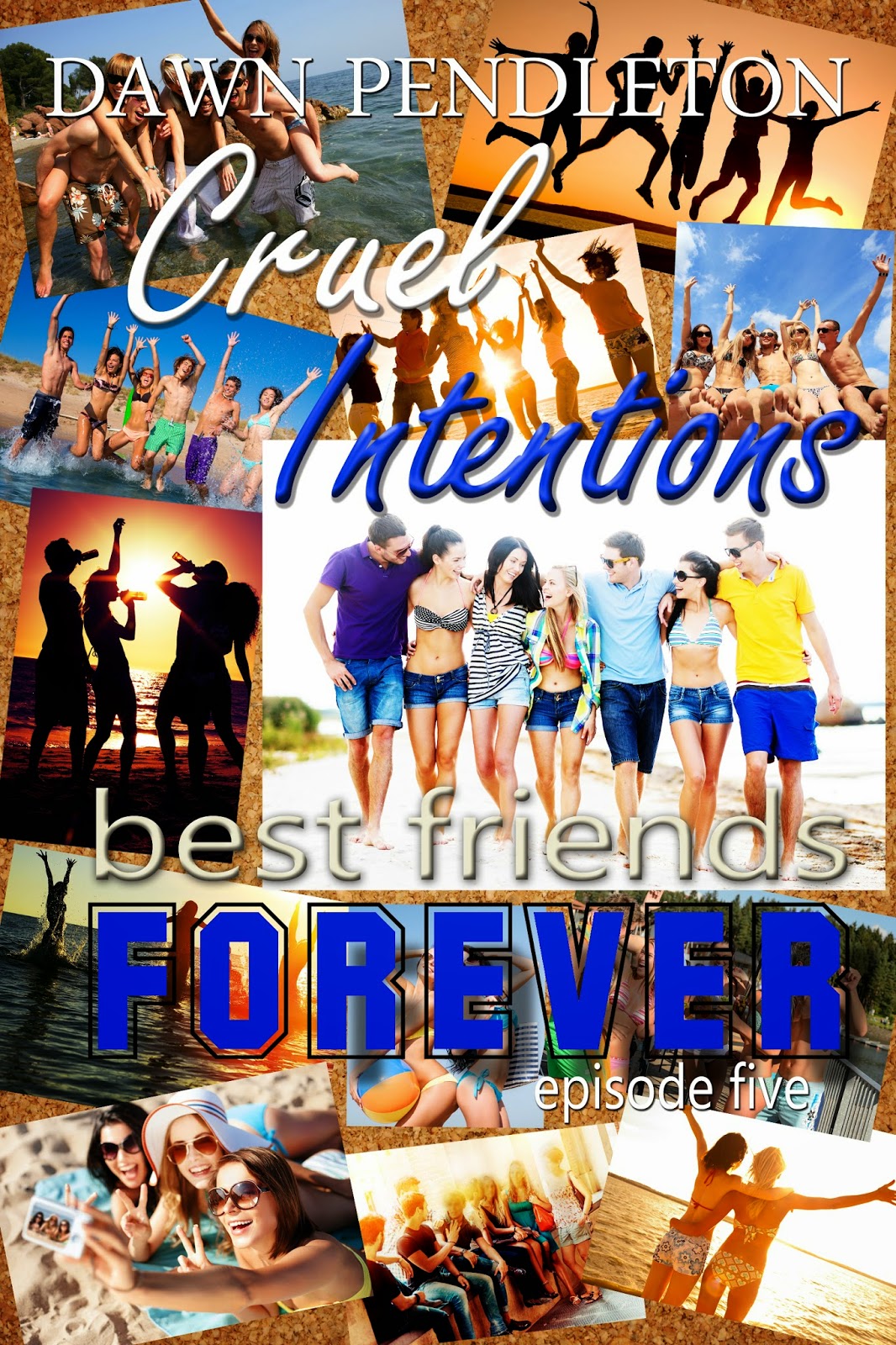 Cruel Intentions is the 5th book in the Best Friends Forever Novella series.

Cheyanne Hanley picked the wrong boy to lose herself to three years ago. She should have chosen Roman's brother, Reece, instead. When the opportunity to have Reece presents itself, though, she doesn't hesitate. And when tragedy strikes, leaving her alone and pregnant? She better get her act together before the truth finds her.

The Best Friends Forever Series follows the lives of Hazel, Cheyanne, Destiny, Miranda, Lexi, Audric, Nolan, Andre, and Roman as they attend college at Coastal Carolina in Myrtle Beach, South Carolina. Each novella features a new point of view, but the series revolves around all nine characters, so get to know your new BFFs!!!

Check out the other books in Dawn Pendleton's BFF series...
https://www.goodreads.com/series/111226-bffs

where author Dawn Pendleton will be giving away lots and lots of prizes!!!

Dawn Pendleton is a new adult author who began her writing journey in New England with her husband and their pup, though she recently moved to Georgia and promptly became a Southern Belle (or so she likes to think). When she isn't staring at a blank page, willing the words to jump from her head to the screen, she's usually playing on her iPhone, reading a book, or taking pictures with her fancy camera (which she has no idea how to use).