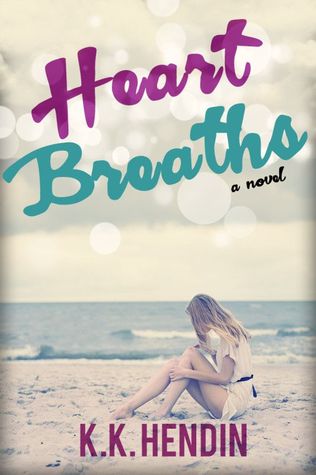 
After a tragedy nearly ripped 21 year old Madeline Darlington-Gray’s life in half, she's spent the past three years trying to put the pieces back together. But pieces never just fit back together, and when she's betrayed by those she trusts, everything crumbles. Shoving everything she owns into the trunk of her car, Maddie drives south, trying to run from her past.


Eno, North Carolina seems like the perfect place to hide. Working at a local café is light years from Maddie's Manhattan existence and for the first time in a while, she's finding her family. There's Grandma, the café owner; Samantha, the hairstylist next door with plans to make Maddie's life unsuck and Noie, the three year old girl who's stolen Maddie's heart.


And then there’s Gabriel Mendez, Noie’s single dad. He’s intrigued Maddie since the first time she met him, and while he has his own secrets, he wants more from her than just friendship. But the past never stays past, and all too soon, Maddie realizes she can't hide from hers. If she can't put the pieces of her shattered life together this time, she'll have no hope for a future.


A future she desperately wants.

Review
First I want to say,God knows how much I liked Noie! She's just so adorable! I want to hug her so tight :( I wish she was real and she was here with me so I could hug...

Noie besides,I love Madeline most.
If there was no character but Maddie I would love to read that book too.But with this characters I love it too.

All I wanted to do was drive— drive until my tires ran flat, get a new pair, and keep going. Drive until I couldn’t drive anymore, until the allure of wherever I was became stronger than the urge to bury my head in the sand and never, ever come out. Far enough away that my memories would all magically fade away into a bizarre kind of nostalgia, the kind that only comes from knowing how bad things sucked.

Dear God, he was beautiful. Tall, dark, with tousled brown hair and a five o’clock shadow, in a button-down and slacks, he stood towering over his daughter. I could see somewhat of a resemblance between the two of them— they both had the same startling green eyes.

This is really a unique read, that had me amazed. I haven't read anything like this, and I felt Maddie's sadness and I was curious to know who or what had hurt her and if she would be able to recover.I love the paranormal touch of the book.It's create a curiosity that wondered what's going to happen in the next page.  You can feel Maddie's heartbreak and hope that  you'll love and trust again.
You know what? I don't know if I can explain but I really understand Maddie's trust problems.I love the writing and idea of the book. This is The author's debut novel and I think she successed to creating a great book.


Heart Breaths will be available for $0.99 on Amazon for this week only. Here's the link.


KK Hendin's real life ambition is to become a pink fluffy unicorn who dances with rainbows. But the schooling for that is all sorts of complicated, so until that gets sorted out, she'll just write. Preferably things with angst and love. And things that require chocolate.