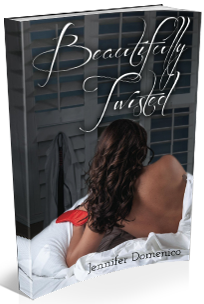 **This book is intended for ages 18 and up due to explicit sexual content and language.**


Alexa Drake is at the top of her game. Heading up the London office for Patrick Collins Media, she’s done what it takes to get to the top and have the career and independence she’s always wanted. Her life in London is everything she’s worked hard to achieve, and she revels in her new found control. If only she could forget the one man who brings her to her knees. Literally.

Scott Patrick is successful, commanding, and the kind of man women dream about. He’s also responsible for Alexa’s career success and her twisted view of love. Scott is a master at avoiding commitment and emotions and always thought of himself as the kind of guy who would never settle down. So why can’t he get Alexa out of his head?

When Scott suddenly turns up in London, Alexa has to decide if she can open herself up to the same man that broke her heart or if she’s ready to give someone new a chance.

Beautifully Twisted is an intense power struggle between two people who have a hard time being together but an even harder time staying apart.

"Hot, Hotter, Holy burning up the pages is how I would describe this book!"~ Schmexy Girl Book Blog 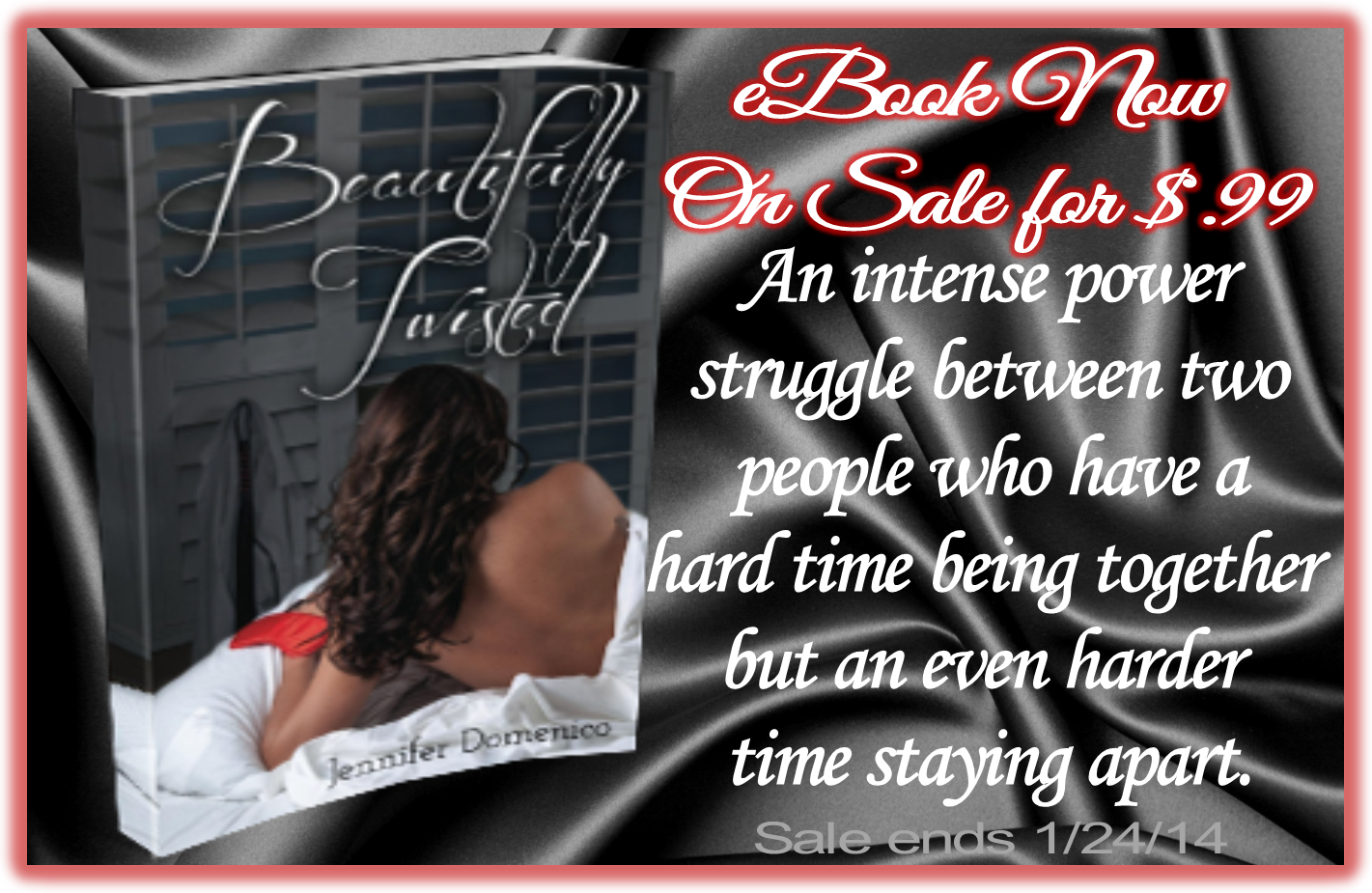 Get you copy on
Amazon ~ B&N.com Jennifer Domenico started writing as a five-year old child in the back of her mother’s bible in church. It was a way to keep the fidgety child quiet but even then she took simple stories and twisted them into even more imaginative tales. As she grew, the stories grew with her and she filled notebook after notebook with her musings.

As an adult, she knew she wanted to be a writer but she lacked the attention span and inspiration required to produce a full length story. Eventually she put away her notebooks and turned her attention to the business world where she toiled away for many years.

She stopped reading fiction, stopped entertaining her outlandish imagination, and stopped dreaming of being a writer. Until one day, many months ago she went to sleep and a beautiful love story played out in her dreams.

When she awoke she felt compelled to write it down. And she wrote and she wrote, for days and days she wrote. The result is part one of Enzo and Ava’s story. Turn Towards the Sun is her first, but certainly not her last, novel.

Ms. Domenico lives in Phoenix, Arizona with her very Italian husband, a dog that adores her, two cats that tolerate her, and wicked sweet tooth. She is currently working on part two in the series.
Goodreads ~ Facebook ~ Twitter ~ Website ~ Pinterest