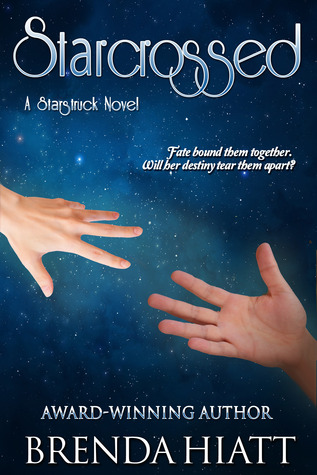 Marsha Truitt spent the first fifteen years of her life as a nerdy nobody before discovering her true identity as the long lost princess of a secret civilization. Now M is dodging extraterrestrial paparazzi while trying to keep the truth from her adoptive aunt and uncle and everyone at school. At least she can be herself with her boyfriend and literal soulmate, Rigel. Whenever they’re together, it’s easy to forget the responsibilities that will eventually come with her new status. But when a new boy arrives at Jewel High, everything M thought she knew about herself and her future is turned upside down. Now the very destiny that lifted her from obscurity threatens to tear her away from Rigel and their happy ever after. But when two planets conspire against you, where is there to run?

A sneak peek into Starcrossed


Who was this Sean O’Gara guy, really, and why was he here?
I was close enough now that I could see the scattering of freckles across his nose and cheeks. His smile seemed open and friendly and he didn’t look more than seventeen or eighteen. According to Rigel and his parents, even though Martians typically lived at least twice as long as “normal” humans, aging didn’t slow until full adulthood. So maybe he really was just a teenager. Or maybe—
“Come on,” Rigel murmured, cutting into my mental babbling. “Might as well make nice since it’s too late to hide.”
This evidence that he was worried, too, didn’t exactly soothe me.
As Jewel’s star quarterback, Rigel had enough social status, even as a sophomore, to make the crowd part before him. As Rigel’s girlfriend, I had enough that people grudgingly let me through, too. A moment later Rigel was face to face with the newcomer, oh-so-casually shielding me as he stuck out his hand.
“Hey, welcome to Jewel.”
“Thanks,” Sean replied, shaking his hand. He seemed even taller up close, at least six-six.
Maybe it was the press of people or maybe he just hadn’t been concentrating the way we were, but it was obvious Sean didn’t realize until he touched Rigel’s hand that he was another Martian. But the second they gripped hands, his eyes widened, then narrowed, though of course he couldn’t say anything in the middle of the cafeteria, any more than we could.
“Let me guess,” he said, releasing Rigel’s hand like it had burned him. “Stuart?” He had a slight Irish lilt to his voice, but not as strong as I’d’ve expected from someone who grew up there. I wondered if he really had—or if he was just good with accents.
“Rigel Stuart. That’s right.” Rigel’s voice didn’t give anything away, I noticed.
But then Sean’s gaze slid past him to me and his eyes widened again. “Then this must be—”
“Marsha Truitt,” I said quickly before he could say something he shouldn’t in front of all these witnesses. Those tourists yesterday weren’t the first to get stupidly obvious in town and I definitely didn’t want it to happen right here in the lunchroom. “Everyone calls me M.”
“M,” he repeated, his surprise giving way to a perfectly charming smile. “It’s really great to meet you.” He extended his hand.
I hesitated for just a fraction of a second before doing the same, hoping I didn’t look as nervous as I felt. He seemed harmless enough, so far.
But the moment our hands touched, I nearly jerked away and had to clamp my teeth together to keep from exclaiming aloud. Sean’s hand gave me a zap almost as intense as the one I’d felt the first time Rigel ever touched me! 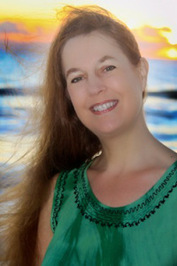 Her Website | Facebook | Twitter | Goodreads
Brenda Hiatt has published fifteen novels with Harlequin and HarperCollins, including six traditional Regency romances, one time travel romance and eight historical romances, most set in Regency England. She is now indie publishing her backlist as she continues to write in these and other genres, to include mystery/suspense and young adult romance. In addition to writing, Brenda is passionate about embracing life to the fullest, to include scuba diving (she has over 60 dives to her credit), Taekwondo (where she recently achieved her 2nd degree black belt), hiking, traveling, and pursuing new experiences and skills. She is an active member of Romance Writers of America, the Society of Children's Book Writers and Illustrators, and Novelists, Inc, an international organization of multipublished novelists, where she served as President in 2006. For the past dozen years, Brenda has also collected data on writers' earnings, which she shares at her website. http://brendahiatt.com