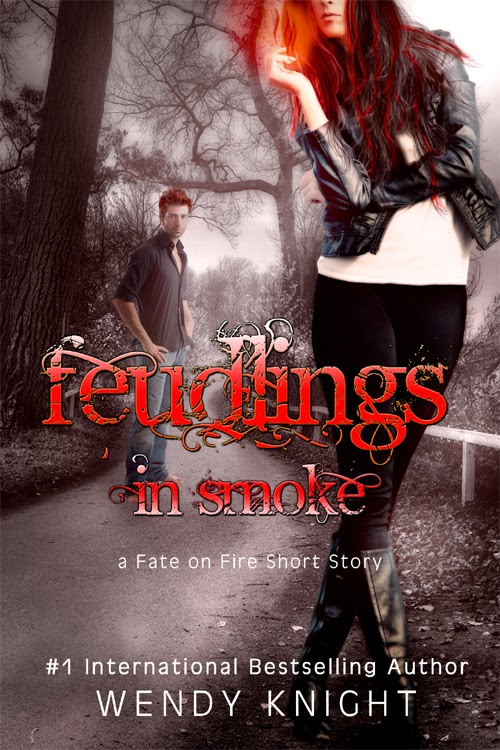 Watching helplessly while your baby sister saves the world alone? It kinda sucks.
Will Delacour is one of the most powerful sorcerers to ever live. He’s Guard to the Edren Prodigy—his sister, Ari. But he walked away from the war, refusing to fight in a cause he didn’t believe in. He was deemed a traitor by the powerful Family, and now there’s a price on his head that leaves him trapped in a prison of his own making. And he can’t even tell the love of his life what she means to him because of the magical war that still controls their lives.
Instead of embracing his destiny, Will is forced to watch as Ari goes into battle over and over again, facing her enemies alone. She might be okay with it, but he’s not. He doesn’t believe in the war, but he does believe in her, and he knows his place is fighting by her side. Somehow, Will has to find a way to be there when Ari needs him , even if it means he forfeits his own life in the process.

Ari pointed a finger at him, “Don't think I've forgotten that little stunt you pulled today. I'm debating over an adequate punishment.” She shoved herself to her feet, crossing the room and touching a finger to the spark of the doorway she'd left burning. The portal bloomed to life, and he could see the airway hanger, and the sport utility vehicle she'd affectionately named Beep, waiting for her. She stepped through, but paused just on the other side. “Will?”
“Yeah, baby sister?” he asked with a smile. She was going to tell him that he needed to lighten up, or that he wasn't allowed to lecture boys, or that she forgot his pizza, which she had, and now that he thought about it he was mildly annoyed, but she surprised him.
“You always say that you aren't there to protect me like you're supposed to. I think you don't realize something.” She tipped her head sideways, considering him while his mouth hung open. “You trained me, Will. Without that, I would die a thousand times before the Prodigy ever found me. And today, you stopped that e-mail. You don't have to be fighting by my side to protect me.” She cracked the barest hint of a sarcastic smile. “Anyway, I'm an uber-powerful warrior. I don't need a babysitter.” Her sarcastic smile turned sad. “I need a brother who reminds me that I'm not a monster. Who loves me and always has my back. Who reminds me that I still have hope. If not for you, I would be lost. Remember that, Will.”

Wendy Knight was born and raised in Utah by a wonderful family who spoiled her rotten because she was the baby. Now she spends her time driving her husband crazy with her many eccentricities (no water after five, terror when faced with a live phone call, etcetera, etcetera). She also enjoys chasing her three adorable kids, playing tennis, watching football, reading, and hiking. Camping is also big: her family is slowly working toward a goal of seeing all the National Parks in the U.S.

You can usually find her with at least one Pepsi nearby, wearing ridiculously high heels for whatever the occasion may be. And if everything works out just right, she will also be writing.