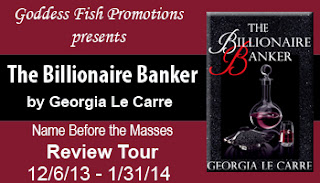 Georgia will be awarding a rare, hand painted, Iranian perfume bottle carved from camel bone and 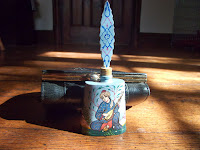 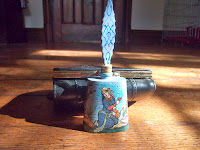 BLURB: When Lana Bloom learns the devastating news that her mother is dying, she is faced with a terrible dilemma. The one thing that can save her is the one thing she does not have. For young and innocent Lana, the unthinkable becomes her only choice.

But when she walks through the door of that exclusive restaurant she has no idea of the seismic shift her life is about to take, for the highest bidder will not be the rich man she has accompanied. Fate drops her at the feet of the deeply mysterious and dazzlingly gorgeous American banker, Blake Law Barrington. Throbbing with raw masculinity and arrogance, this is a man who owns all that he pursues.

And now he wants her.

Lana cannot deny she is both intrigued and intoxicated by the world Blake inhabits and the smouldering passion he stirs in her body, but she is also fearful for this man is addictive, and right now she is very vulnerable. She knows she should focus only on the arrangement, but how can she…when he has opened a door that cannot be closed?

This book begins when Lana is out to dinner with her boss hoping to get him to agree to an deal she has to offer.  Lana is a virgin, and her mother is dying of cancer. Her mother  has a few weeks left so Lana is desperate to get money to have her go to for treatments.But while out to dinner she sees a strange man staring at her, and the instant her eyes lock with his everything changes. This man named Blake offers her double what her boss was going to pay for a three month contract. And Lana agrees.This way story start.

I like the story.It was cool.The chemistry between them dazed me.
I'm looking forward to the next part of this series. I recommend this book for any romance fan looking for a  sexy hot read.The end...such a cliffhanger! I like all characters but Lana,wonder why.For a debut novel she did great job. 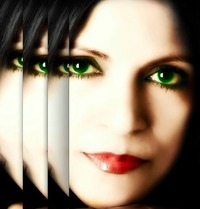 She lives in a little old 19th century romantic cottage, surrounded by the most magical garden, filled with fruit and walnut trees and teeming with wildlife.

Her diet includes all things chocolate and a voracious appetite for Romance reads, particularly new authors with a fresh voice.

When she is not feeding words into Amy, her precious laptop, she can be found lost in a long walk in the woods, particularly on moonlit nights; and often with the man of her dreams.