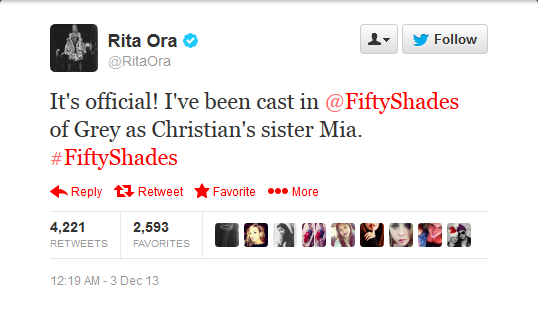 The newest addition to the cast of the upcoming "Fifty Shades of Grey" movie might be the biggest name attached to the steamy flick yet.
British musician Rita Ora has signed on to play Christian Grey's younger sister Mia in the film adaptation of E.L. James' popular romance novel, according to The Hollywood Reporter.