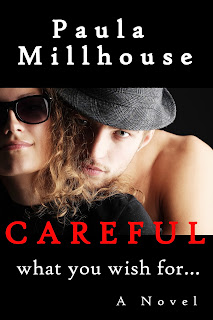 Book Description:
Author Evie Longfellow wants to stay alive long enough to write her fourth New York Times Best Seller. She accepts a blind date that changes everything sane in her life. Drugged, kidnapped, and horrified Evie escapes and runs for her life with evidence the FBI needs to nail one of their most wanted.

TV Psychologist Dr. Nick Franklin wants to help Evie with her goals. He hides her from a sadistic mafia kingpin, and even though he doesn’t trust his judgment when it comes to the diagnosis of love, he senses Evie may just be the story of his life.
Hit man Tony Aiello plans to do whatever it takes to protect Miss Aida Marino and her Fortune 500 company. He chases Evie and Nick from New York City to the wilds of rural Vermont to recover the stolen evidence threatening to take Miss Aida down, and faces off with evil in a showdown that brings hometown justice to life. 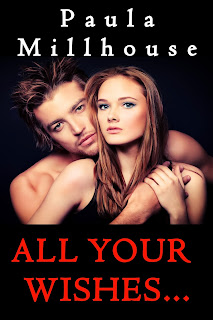 All Your Wishes…
The Wishes Chronicles
Book 2
Paula Millhouse

A Christmas Story to warm your heart.

Dr. Nick Franklin finds himself falling hard for the love of his life, Evie Longfellow. Hunted by a mafia princess, Evie’s terrified something’s wrong, and revenge won’t let her rest.


Tia Marino figures the person who killed her father is his last victim - Evie Longfellow - the only one that ever got away from Paulie Marino. Tia plans to kill Evie in front of her grandmother just before she takes Miss Aida’s place as the new queen of Marino Industries. Hostile-takeovers have never seen the likes of Tia.


Nick’s not gonna have it.


He’ll do anything to protect Evie, even if it means aligning himself with Miss Aida’s hit-man, Tony Aiello.


Follow Nick and Evie from their simple home in the winter wonderland of Vermont down to New York City in their race to stay alive, and out of the hands of a new generation of criminals intent on tearing them apart.


ALL YOUR WISHES… Book 2 in THE WISHES CHRONICLES torches up 60,000 words with Romantic Suspense.

Christmas has never been so hot.

Tony Aiello walked into the front doors of the Marino mansion. Michael, her assistant, showed him to the study.
Tony helped himself to a double-shot of her fifty-year-old scotch. He savored the taste of the tawny liquor as he set up the computer, and prepped the show. He shook his head and wondered which part of the bad news would piss her off the most.
Miss Aida had put out a hit on Paulie’s father years before. No one would cop to it, especially not the Old Woman, but Tony knew a proper takedown when he saw it. She hadn’t called him. She’d hired out to Sicily. There’s certain shit you don’t do when it comes to Miss Aida
Miss Aida swooped in behind him, and whispered in his ear. “I didn’t expect you until eight.”
Tony smiled his most angelic smile, and braced himself. She dressed in a dark navy suit but the first thing Tony noticed was her pearls. Miss Aida always wore the pearls. She toyed with them.
She slithered around him and embraced Tony in a hug that meant business, and whispered in his ear. “Where the hell is my car?”
He nodded. “It’s on the way. I got something here that took precedence over the car, and the girl.”
“I thought my instructions were clear,” she purred into his ear.
“Loud and clear, Miss Aida. Something worse came up.”
When she pulled back anger flared in sapphire eyes. Before she could get her words out he held up a hand, led her over to the settee’, and opened the computer.
Pushed play.
He walked over and poured another shot of scotch, one for himself, and one for her.
Handed her the glass.
Watched her expressions change as the video flashed before her eyes.
Tony had watched the video four times himself before he changed his plans and took the flight. The last third made him avert his eyes, drain his scotch. Fucking lunatic.
He ground his teeth and shook his head, convinced his hunch was dead-on. He watched Miss Aida’s face take in the violence. She had never seen the fourteen-minute horror show. The shock she wore testified. As mean as she was, she’d always possessed more class than that.
Tony’s heart broke for Miss Aida. Paulie had assumed his father’s dark legacy, a stone-cold freak-of-nature loose on the streets of New York City. Her glass of fifty-year old scotch fell from her hands to the fine Italian marble floor and shattered into a million razor-sharp, jagged pieces. 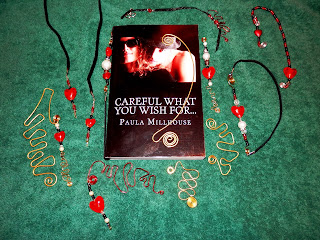 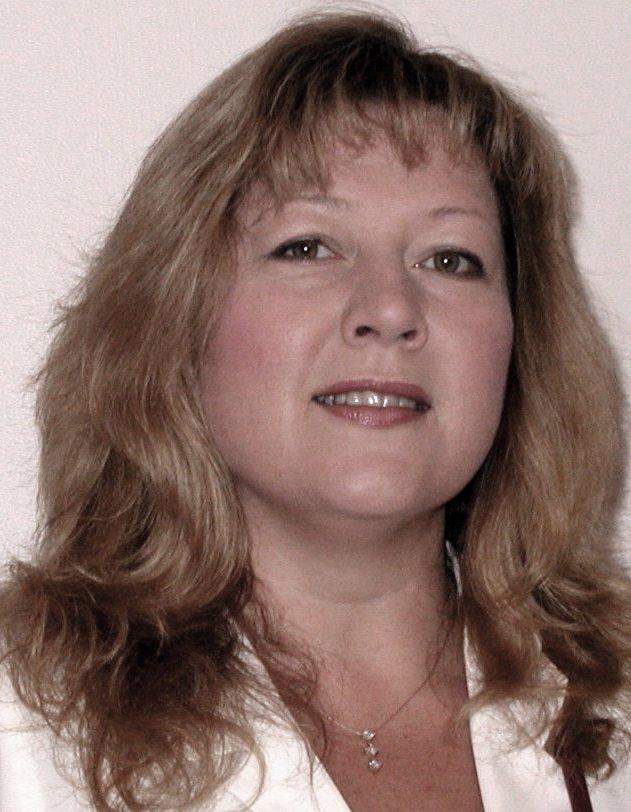 Paula Millhouse grew up in Savannah, Georgia where Spanish moss whispers tales in breezes from the Atlantic Ocean, and the Intracoastal Waterway. As a child Paula soaked in the sunshine and heritage of cobblestones, pirate lore, and stories steeped in savory mysteries of the south.

She’s a member of Romance Writers of America, the Fantasy, Futuristic, & Paranormal Writers specialty chapter, and the KOD Mystery and Suspense Writer’s specialty chapter. She achieved the opportunity to become a member of the distinguished RWA designation of PRO after submitting her first full-length romance novel for publication in 2013.

In the southern tradition of storytellers, she loves sharing the lives of her characters with readers, and following her muse on the quest for happily-ever-afters. She writes fantasy romance and romantic suspense.

She lives with her hero, her husband of twenty-five years at the base of the Blue Ridge Mountains with their pack and pride of furry babies.