Ana Belle never wanted anything more than to hang up her apron, jump on her Vespa and ride off into the sunset, leaving Sugartown in the dust.

Elijah Cade never wanted anything more than a hot meal, a side of hot arse and a soft place to lay his head at night where he could forget about his past.

But you know what they say about wanting: you always want what you can’t have.

Nineteen year-old virgin Ana is about to discover that’s not quite true because a six foot three, hotter than hell, tattooed, Aussie sex god just rode into town. He’s had a taste of her pie and he wants more– no really, Ana bakes pies for a living, get your mind out of the gutter.

She’d be willing to hand over everything tied up in a big red bow, there’s just one problem; Elijah has secrets dirtier than last week’s underwear. Secrets that won’t just break Ana’s heart, but put her life at risk, too. When those secrets come to light, their relationship is pushed to breaking point.

Add to that a psychotic nympho best friend, an overbearing father, a cuter than humanly possible kid brother, a wanton womanizing cousin, the ex from hell and more pies than you could poke a ... err ... stick ... at.

And you thought small towns were boring. 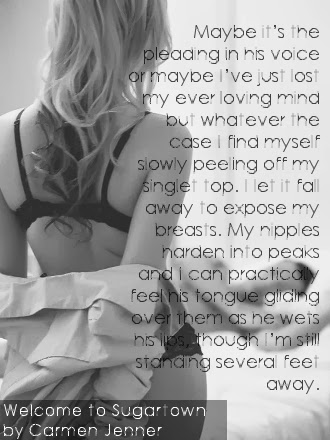 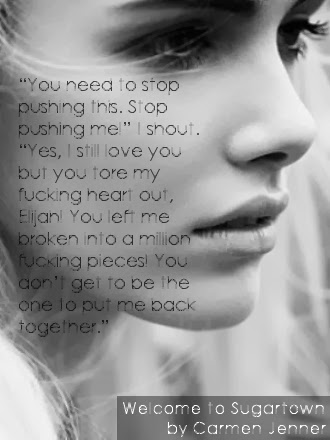 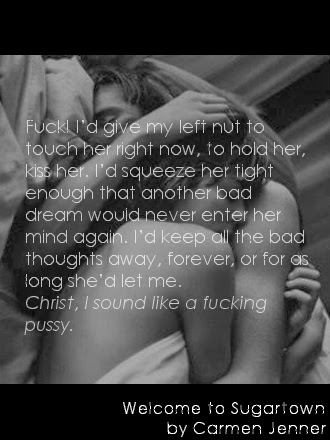 She's also a compulsive, flagrant prevaricator who gets to make things up for a living.

While Sugartown may not technically exist, Carmen grew up in a small Australian town just like it, and just like her characters, she always longed for something more. They didn't have an Elijah Cade, though. If they did, you can be sure she would have never left.