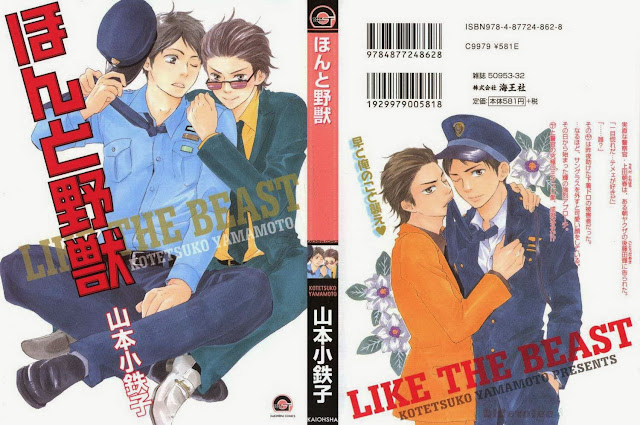 With Honest, first of all I wanna say  I love the act of Aki's so AWESOME!! Just you can love Aki.But He's Yakuza(meaning mobster) and he's not like other Yakuza's.Sure he's arrogant so many times but also he's not straight like others.Although Other Yakuza's in this Manga seems hot for him anyway *giggle*.They met so unusual sitiation.Ueda is Police Officer and Aki is the Yakuza.
They've many stories each volume and everyone of them is funny. Like when Ueda's kidnapping. LOL!!
Aki's family father and mother side mobster too.Aki's mother kidnapping Ueda :D  When Aki not find him in the station he's gotten crazy! Aww When I thought about Aki I wanna hug him tight! He's like that cute. *giggle*

Email ThisBlogThis!Share to TwitterShare to FacebookShare to Pinterest
Etiketler: Manga