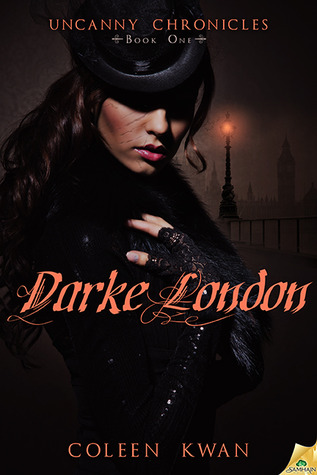 The only way to save her life is to resurrect the dead...

Julian Darke was only a newborn when he was abandoned on the doorstep of a gentleman doctor. Though raised with love, he is driven to discover his true origins...


Convinced Sir Thaddeus Ormond knows something, Julian shadows him one night and is shocked to see a young woman thrown from Ormond s carriage and accosted by a thug. Julian manages to save her life, but not her face and hands from horrific injuries.

Nellie Barchester doesn t recognize the scarred, disfigured stranger in the mirror. Though the gifted doctor and engineer has done his best to repair the damage, scars ravage her body, and chill her soul with the realization that her own husband may have plotted her death.

Julian s tenderness is a balm to her soul, and Nellie is drawn to the edge of passion by a man not repelled by her deformities. But as their pursuit of the truth draws them into London s underbelly, they cross the path of a ruthless enemy who will stop at nothing to fulfill his schemes.

Warning: Can a brilliant but troubled doctor find happiness with a woman scarred both inside and out? A hint of the supernatural plus a night of passion spice up this Uncanny Chronicle.

Review
The Author created a wonderful man,a heroine.I love Julian so much.He's so sweet.I wanna ahold him tight in my arms and I wanna kiss him *blush*.
Honestly I can't wait the second book of Uncanny Chronicle.
For Nellie, She's such hero. I can't sure I love her or something.
All I want Julian's Happiness.
I have to admit I never like to read Steampunk,Historical books.But Maybe this is different(for me).
Coleen is very talented writer.The book very descriptive.

Coleen Kwan has been a bookworm all her life. At school English was her favorite subject, but for some reason she decided on a career in IT. After many years of programming, she wondered what else there was in life — and discovered writing. She loves writing contemporary romance and steampunk romance.

Coleen lives in Sydney, Australia with her partner and two children. When she isn’t writing she enjoys avoiding housework, eating chocolate, and watching The Office.