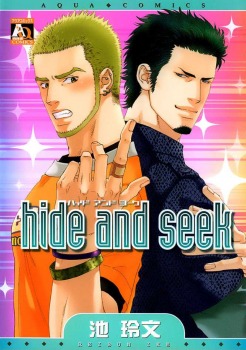 Masaya(the black hair boy) and Nao(the light hair boy) is brothers. Masaya is 23 years old and Nao 17 years old. Masaya thinks that his younger brother is beautiful sexy! This is so wrong,right? Masaya thinks like that too.But Suddenly everything end up Nao licking masaya's ass...
And  everything came after that. In the end Nao confess him and said Aniki(In Japan meaning  brother) I love you,don't get a girlfriend all right?
it's like 5 page,it's so short other them.

it's start with a f*ck...usually thing for this manga. This is short too.Takashi is a normal guy but the other one is normally hide in the corner in the class.Because he's so shy but he has crush for Takashi.And then he confess his love for Takashi and He reached to kiss him but Takashi turning him back because he's shy in such situations.
Black 6th Period

Professor and Senpai living a affair almost two years.But Hisashi saw them.Professor scared he can tell everyone his affair and he said to him He can do everything just don't tell anyone. He can say The professor no but he can't say Senpai no.So Hisashi ask him ''Let me Fuck you'' And then The fuck is begining. I can't tell in her in details because if I write about it I have to set up this blog only adults.Anyway,Hisashi really liked his senpai but his senpai's already in love to someone else( the professor).I hate to read unrequited love :/

They are work friends. They got drunk at least Buchou(the short hair). Buchou want a competition an arm wrestle. Who loses do whatever the winner says.In the end Buchou loses and Kosugi wants him suck his cock.And Buchou do that...But this is Buchou's first time and when Kosugi notice that hug him right away and confess him.

Next Monday I'm going to review a different manga.