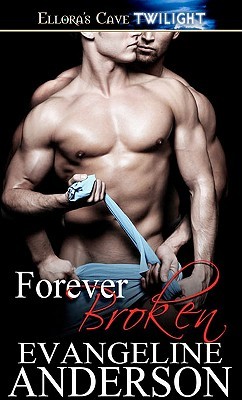 As second wolf in the Lunas Locas pack, Paul Kraskowski has power and prestige. He also has a dark secret, one he hides and won't admit even to himself-until the night he meets Laurent.Born to one of the oldest families of his kind, Laurent Montcrieve is vampire royalty. He stands to inherit massive wealth and the title Viscount of the Blood. But he would give it all up to find the one man who can complete him-his Coeur de Sang, or Heart's Blood.Two worlds collide when Laurent and Paul meet and form an accidental blood bond. But the instant spark between them ignites a raging bonfire of conflict. Their people are enemies who would rather see them dead than together and Paul refuses to admit his attraction to another man. Now the clock is ticking as they agree to explore what lies between them. Their search may end in true love or death. But they must be careful...for if they sever the tie that binds them, the bond they share will be forever broken.

I'M SO IN LOVE THİS BOOK!!! This is the story about TRUE LOVE. This is the story about Werewolf&Vampire love.
I believe the best way to describe Paul Kraskowski is denial, denial, denial. Lol. Having lived in Miami almost his whole life, he's learned of how much people hate gays. His pack especially does not like them and, in such, he denies his attraction to males and denies his attraction to his mate. Pretending to be just as much a bigot as everyone else and, in doing so, he has a deeply rooted impression of how wrong loving another man is. When he meets Laurent, Paul denies his attraction and the bond they have even more and even after his body says otherwise. I think Laurent was my favorite character. He's patient with Paul and will do anything for him because he loves him and is his Coeur de Sang, or Heart's Blood (or mate). I really liked how even though Paul hurt Laurent with the things he said and the actions he did, Laurent still didn't give up hope that Paul would come around and see that loving Laurent isn't wrong.


Okay I have to admit,this is strange book.Because In paranormal world you can't see Were&Wamp love,mate or whatever...But Evangeline Anderson  success in this book(and her every book).
When they make a love Paul is Dominant and he say nobody fuck me,I fuck them.WHAT?! Yes you heard right.Cuz he always denial himself.But he thought THAT'S IT!! And he do whatever he wants.He say his stepmother,his unreal friends.Maybe end it's like unhappiest but it doesn't.In the end Paul and Laurent survive their people.
Laurent..He is really,really hopeless romantic.Because of that he understand him.And they are truthly perfect match each other.