Hi Guys!  This post about books(of course).You favorite Author's new Series or New Books or both.

I love Cassandra Clare. And I saw in the Goodreads she create a new series.


The five Shadowhunter series are TiD, TLH, TMI, TDA, and very far down the road, TWP. Don’t even ask about that one! It’s too far in the future! There are other Shadowhunter projects like The Bane Chronicles and the graphic novel project about the Circle, currently in planning stages and known as TST, but I’m not counting them: I’m only counting book series/trilogies written solely by me.

First That book in the bottom is not ShadowHunter series.

This series called Magisterium.
Information is; The Magisterium series is a five-book series of fantasy novels, one book for each year of Call’s life between twelve and seventeen, cowritten with Holly Black (author of The Spiderwick Chronicles and the Modern Faerie Tale series) about Call Hunt and his adventures. The first book, The Iron Trial, will be published by Scholastic Books in 2014. Holly and I also have an option deal to produce the film along with Constantin Features.

First book will be publish in 2014.
First books name is  The Iron Trial.And I'm really excited! 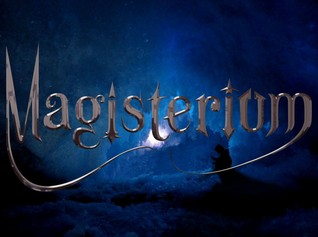 Twelve-year-old Callum Hunt has grown up knowing three rules by heart. Never trust a magician. Never pass a test a magician gives you. And never let a magician take you to the Magisterium. Callum is about to break all the rules. And when he does, his life will change in ways he can’t possibly imagine.


Well maybe it's Child book and I don't read child book but for Cassandra Clare I'll read this book.


Did I mention that I love C.Clare? Well,Hell yeah!There's new second series.
This series called The Dark Artifices.

There's no cover for this series because it'll release in 2015!!!  I hope I'll live that year :D
Anyway,here's book descriptions;

Los Angeles, 2012. It’s been five years since the events of the Mortal Instruments when Nephilim stood poised on the brink of oblivion and Shadowhunter Emma Carstairs lost her parents. After the blood and violence she witnessed as a child, Emma has dedicated her life to the eradication of demons and being the best, fastest and deadliest Shadowhunter since Jace Lightwood. Raised in the Los Angeles Institute, Emma is paired as a parabatai with her best friend, Julian. As Emma hunts those who caused the death of her parents, the trail they’re following leads back to those they’ve always been taught to trust. At the same time, Emma is falling in love with Julian — her closest friend and, because he is her parabatai, the one person in the world she’s absolutely forbidden by Shadowhunter Law to love. Set against the glittering backdrop of present-day Los Angeles, Emma must learn to trust her head and her heart as she investigates a demonic plot that stretches from the warlock-run nightclubs of the Sunset Strip to the enchanted sea that pounds the beaches of Santa Monica.


This is very exciting because this series continue to   TDI-- >TMI !!!!


Falling in love your parabatai? WOW!!

Hold on,People! Now,everyone has to admit that Cassandra clare is Goddess of books!!

There's no informations for this book but
A new trilogy, set around 1903, following the next generation of Shadowhunters after TID. More information to come.

Cassandra Clare said that she will publish another trilogy in the Shadowhunters' world after the Dark Artifices and The TLH trilogy. It will have two gay main characters. More information to come...

Cassandra Clare said about writing more books in the Shadowhunter World:My plan at the moment is to do five Shadowhunter series, total. I don’t know if I’ll do any series in the Shadowhunter world beyond that. I don’t know why five exactly — maybe because one of my major literary idols has always been Tamora Pierce and she did five series set in Tortall. :) Maybe I think I have five stories to tell in this world. Maybe I’ll get to the end and want to tell more. Maybe not — I have a stockpile of other worlds and stories in my head; I’m writing one of them by writing Magisterium now, but there are many others.

There is a special sort of enjoyment in developing stories in a created world, because you can take the rules you yourself have invented, and bend them or break them. You can create connections and history — the story of Isabelle’s ruby necklace stretches back all the way to Vampires, Scones and Edmund Herondale. Then again, with a brand new world, you get to make everything up again. It’s like: brand-new baby or adorable five-year old? They’re both good.