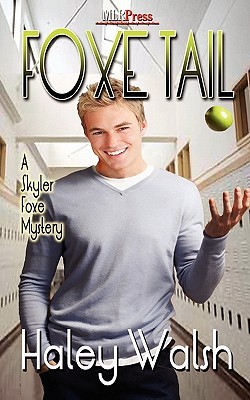 Skyler Foxe is a brand new English teacher in his hometown of Redlands, CA. He loves literature, loves his students, loves his friends, especially his best friend Detective Sidney Feldman. But he doesn't love keeping his orientation a secret, afraid of the backlash in this conservative county. But will murder thrust him into unwanted limelight? Who killed his principal's son outside a gay dance club? And what's the connection to James Polk High? Is the macho football coach or his mysterious and gorgeous new assistant coach involved? Can Skyler trust anyone at the high school when there seems to be conspiracies around every corner?

He loves Redlands.He loves his friend,his students and he loves being gay because this is who he is..a gay..queer,fag,faggot whatever.But he doesn't love keeping secret about being gay.
Someday at the some Gay bar,he found a dead body.He know who he is...his boss's son.So he acting like he's SHERLOCK HOLMES...big deal..He wants to learn who he killed his boss's son a.k.a Pricipal's son.
And There's a new football coach,Keith.
Keith keeps distance to Skyler and That's suspicious for Skyler.And he began the wonder is he involved the murder of Wesley Sherman jr. ? Why he's acting rude? 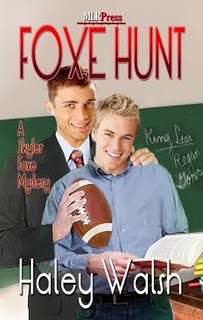 But is the man what he seems to be? Skyler still has his doubts when he spies Keith in some shady circumstances. And there are still some unanswered questions as to what exactly is going on at the high school. Who thought high school could be so sinister?

Meanwhile, Skyler's friends from college have their own problems. Lovers and partners, Evan and Jeff were kicked out of the Army for Don't Ask Don't Tell, and the depressed Evan is found dead. Suicide, says the police, but Skyler thinks otherwise. It's Skyler Foxe on the hunt for a killer once more!

My thoughts;So yes.Skyler is Lucky son of a bitch.He got Keith :( And I think he doesn't deserve him. In this book Keith ask him to go to a date,real date.. *sigh*
One day his gay friends Evan and Jeff  come cross in the gay bar. Evan and Jeff is came back to
Afghanistan and Evan lost one of his legs.Jeff says to Skyler that he's worried about Evan since they back to their hometown. Next day Skyler heard Evan's killed himself with a gun in his mouth.And Police charge Jeff. 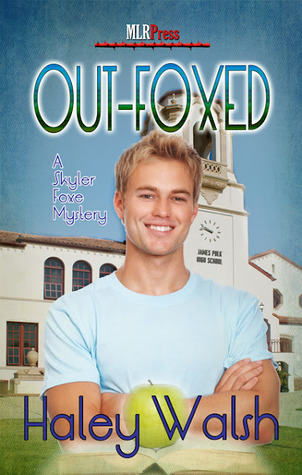 Skyler breaks it off with Keith, a teacher is murdered and a student might be involved through some twisted football initiation; Just another week at James Polk High.

Distraught at being outed, Skyler breaks it off with Keith, but they've got other problems. Protesters have gathered at the school and the school board has called a special disciplinary hearing. And as if that weren't bad enough, Alex is getting into fights and skipping class. Might he be responsible for the murder of a teacher? Did Coach Carson send the boy to do the dirty work out of some twisted football initiation? Skyler knows it all has to stop, and he and his friends are on the trail to find a murderer and discover once and for all what is happening at James Polk High.

My Thoughts;Now We Learn who Keith is. He is Part-time FBI. Big Deal right? It suits him though.
Like Always Skyler Bitching About it.I'm so Angry at Skyler. Keith is Perfect but he can't over his past hook-up thing! And In the end Keith Says him '' Love you'' ... oh,come on!! 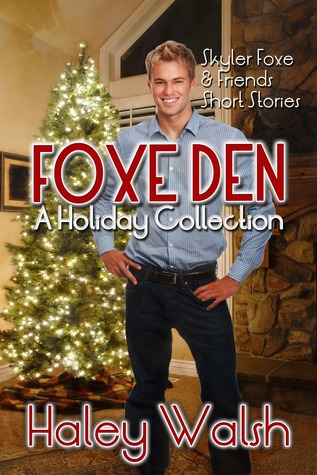 FOXE DEN follows Skyler Foxe and his friends through the holidays, from Thanksgiving to New Year’s, in this collection of short stories. Along the way, Skyler gets to inflict his mother on his boyfriend Keith, meets Keith’s parents, and just generally tries to navigate the treacherous waters of a brand new relationship. Unlike the novels, this novella hasn’t any mystery to solve. It’s the sort of stuff that happens between characters once the book cover is closed; a gift of “DVD extras.”

Haley Walsh tried acting, but decided the actor’s life was not for her. Instead, she became a successful graphic designer in Los Angeles, her hometown. After fifteen years of burning money in the ’80s and early ’90s, she retired from the graphics industry and turned her interests toward writing. She became a freelance newspaper reporter, wrote articles for quirky magazines, published award-winning short stories, and now writes an acclaimed gay mystery series, the Skyler Foxe Mysteries. She’s lived all her life in southern California, sampling wines and chomping chocolate. Yeah, it’s a living.

If you are interested in historical mysteries, Haley writes a mainstream medieval mystery series under a different name. GO TO THAT WEBSITE.