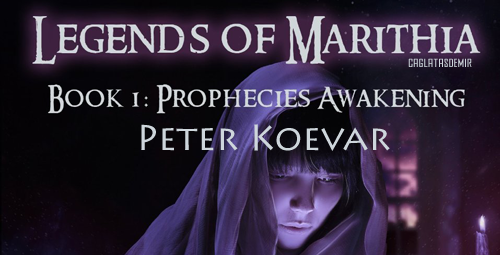 When her sorceress mother and vampire king father are brutally murdered, Kassina makes a pact with Shindar, the Demon of Darkness. In exchange for her soul, Kassina obtains power to become the most feared sorceress in all the lands, and vows to exact her revenge on the people for the deaths of her parents. Granted eternal life, Kassina and her evil are never far away.
For many years, the humans and elves of the mystical world of Marithia have lived in an age of peace. But that peace is shattered when King Arman is slain by his own son, a pawn of the vampire sorceress Kassina. Arman’s murder sparks the most brutal and bloody war ever seen between the Forces of Darkness and the peaceful Marithians.
In the midst of the conflict, Vartan, a young knight wrongfully outcast from King Arman’s court, reluctantly discovers he is the subject of a prophecy involving the fabled weapon, Talonsphere. In alliance with the legendary dragons, he finds himself with the opportunity to rid the world of Kassina and her dark armies forever, and finally return Marithia to an era of peace. 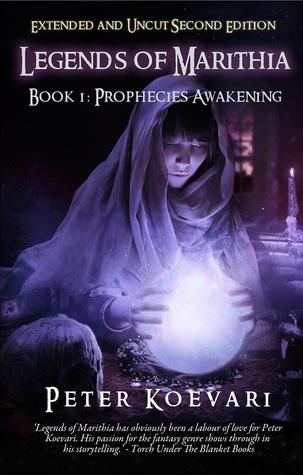 Before I start my review,I have to say In my 19 year life I never read a book about Dragons, sorceress,demons etc. So This little bit Way big for me and I thought Why I don't try to read? And The Author ask me to too.

This book was given to me by the author, himself, in exchange for an honest review. So, Peter, thank you for letting me read this book.
There's a so much action,sometimes I confused but later I understand...again again and again.
I love that there's no old language.The subject is cool so that's why I want to read too. But this not for me. If this book were a movie I can give 10 Stars But My stars is three for this book. :)

Peter Koevari is a writer that holds fantasy dearly close to his heart. From an early age, he was immersed in all media of fantasy that he could get his hands on. Memories of movies such as The Dark Crystal, Labyrinth, Star Wars, Conan, The Last Starfighter, The Princess Bride, and many more are cherished memories of fantasy nostalgia.
Peter’s hunger for storytelling was growing from a young age. Feeding off movies, video games, and books, the hunger had never been quenched. There was a yearning for something, as if he was enchanted by a spell and did not know how to release it.
The worlds held inside his imagination had to be shared with readers of the world.
It took over 10 long years to unlock the doors to worlds such as Marithia, and to pen them into books to share with anyone willing to travel to his worlds, but once he found the key and began to write… everything made sense.
Peter’s writing will surprise you, may shock you and take your emotions by its talons, but will transport your mind into a world of fantasy like you have never read before.