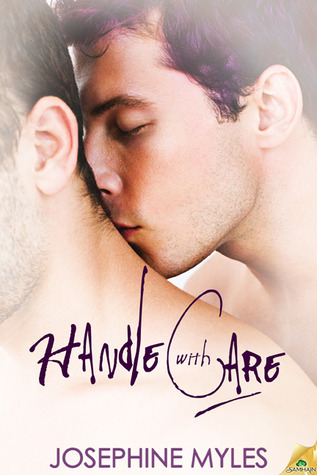 The best things in life aren’t free…they’re freely given.

Ben Lethbridge doesn’t have many vices left. After raising his little sister to adulthood, he wasted no time making up for the youth he lost to responsible parenting. Two years of partying it up—and ignoring his diabetes—has left him tethered to a home dialysis regimen.

He can do his job from his flat, fortunately, but most of his favourite things are forbidden. Except for DVD porn…and fantasizing over Ollie, the gorgeous, purple-haired skateboarder who delivers it.

Their banter is the highlight of Ben’s lonely day, but his illness-ravaged body is the cruel reality that prevents him from believing they’ll do anything more than flirt. Not to mention the age gap. Still, Ben figures there’s no harm in sprucing himself up a bit.

Then one day, a package accidentally splits open, revealing Ben’s dirty little secret…and an unexpected connection that leaves him wondering if he’s been reading Ollie wrong all this time. There’s only one way to find out: risk showing Ollie every last scar. And hope “far from perfect” is good enough for a chance at love.

I guess first of all I have to say I really don't like houseboy.I don't like being used with someone I hate one's gut!Ollie is like that.His first is older than him. Ben older than him but he's nothing like Ollie's first Dane.

Ben Lethbridge is all but a recluse. He was barely 18 when his parents died, leaving him to care for his young sister. Now he’s on daily dialysis due to failing kidneys and diabetes so he’s resigned himself to never having a life, much less a love life. Who would want an aging, out of shape gay man with a permanent tube in place for his treatments. He manages to bide his time working from home and has amassed a collection of porn that would put TLA Releasing to shame! He fantasizes about the hot, young delivery guy that brings him his daily packages, Ollie.

Ollie is an enigmatic, free spirit. His hair transforms from purple, to red and back and he sports several tattoos and piercings. He’s quite smitten with the middle aged man he delivers to daily, but he can’t seem to grab Ben’s attention. These two slowly become aware of their mutual attraction, but two vastly different personalities as well as self esteem issues threaten to put the brakes on any type of relationship.