To Addison Harmon becoming initiated appeared to hold the answers to her every problem—all except what she would do after, when the tether was finally broken. But when the after Addison imagined isn’t the one unfolding before her, she finds herself tangled even further in a web of secrets, lies, and betrayal.

It’s not until Addison is captured by the last person she ever suspected would betray her that she’s forced to rely on herself for survival.

Questions will be answered. Trust will be misplaced. And hearts will be broken. 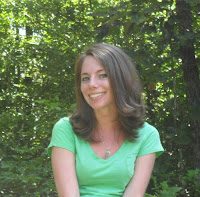 Jennifer Snyder lives in North Carolina were she spends most of her time writing New Adult and Young Adult Fiction, reading, and struggling to stay on top of housework. She is a tea lover with an obsession for Post-it notes and smooth writing pens. Jennifer lives with her husband and two children, who endure listening to songs that spur inspiration on repeat and tolerate her love for all paranormal, teenage-targeted TV shows.